Bitcoin has completed a golden cross, after the 50-day simple moving average (SMA) rose above the 200-day SMA, which has historically been a bullish event. According to Kraken Intelligence, Bitcoin has an average return of 42% and a median return of 54%, 180 days after the completion of the golden cross.

Fidelity Digital Assets, in its Institutional Investor Digital Assets Study, said that a survey of institutional investors showed 52% of the participants invest in bitcoin or cryptocurrency. The respondents said the possibility of a huge upside was the most appealing attribute for investing in bitcoin and cryptocurrencies. The biggest barriers for investing included price volatility and a “lack of fundamentals to gauge appropriate value”.

Will bitcoin rise following the golden cross or will bears fake the pattern? Read our bitcoin price trend analysis to find out. 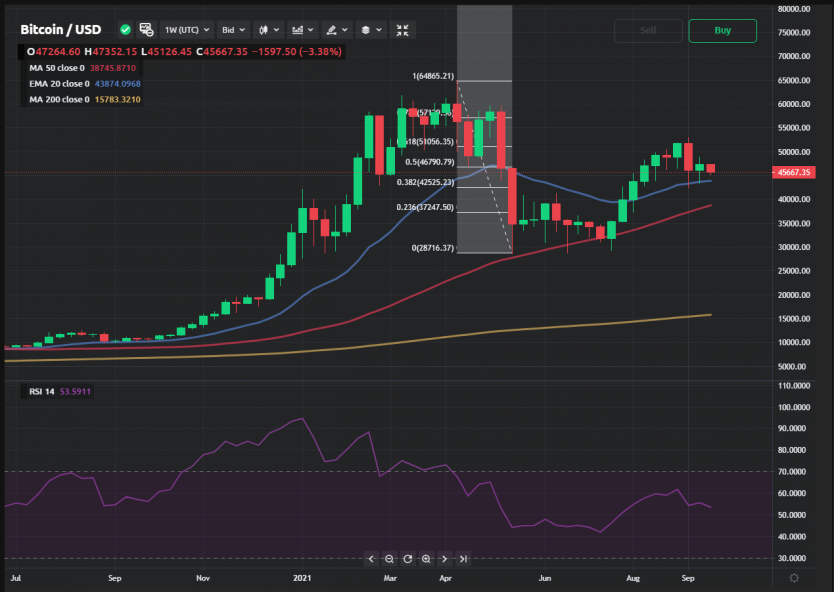 Bitcoin’s price bounced off the 20-week exponential moving average (EMA) last week, indicating that bulls are attempting to defend this level. The BTC/USD pair formed an inside-day candlestick pattern, suggesting indecision among the bulls and the bears. The pair rose 2.67% to end the week at $47,264.85.

The bulls are likely to defend this support aggressively. If the price rebounds off this level, the bulls will again try to resume the uptrend by driving the pair above $52,953.85.

On the contrary, if the price breaks below the 50-week SMA, it will indicate that the uptrend is over. The pair could then drop to $30,000. The Bitcoin price weekly analysis shows the bears are attempting to gain the upper hand. 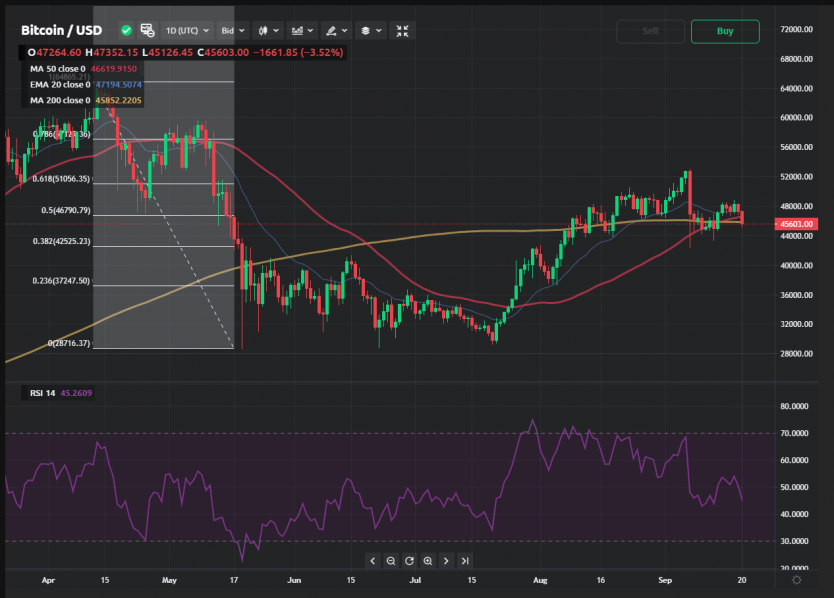 The 50-day SMA has risen above the 200-day SMA but bulls have not been able to sustain Bitcoin’s price above the moving averages. This suggests that bears are trying to trap the aggressive bulls who may have purchased following the golden cross.

The relative strength index (RSI) in the negative zone indicates that bears have the upper hand in the short term.

The buyers will have to push the price above the immediate resistance at $48,826.30 to invalidate the negative assumption. If that happens, the pair could rise to $52,953.85.

Bitcoin has broken below the moving averages, indicating that bears have the upper hand. The short-term trend may turn negative on a break and close below $42,389.50. The buyers will have to thrust and sustain the price above $48,826.30 to regain the advantage.