The quarterly earnings did have positive news for the British oil and gas company as it revealed underlying replacement cost year-on-year profit was up by 500%. It also announced a further $1.5bn (spent on its share repurchase programme.

Similarly, on the London Stock Exchange, BP’s share price in October was the highest it has been since the pandemic began. On 15 October it reached 363p. This fell slightly to 358p on 1 November, but after the earnings were released, it dropped even further to 344p. The share price opened on 3 November at 339p.

BP, which is headquartered in London, is one of the six oil and gas companies (including Royal Dutch Shell, Chevron, ExxonMobil, TotalEnergies and ConocoPhilips) known as ‘supermajors’) that make up ‘Big Oil’ – the fossil fuel companies that control the majority of the world’s oil tankers.

Bernard Looney took over as chief executive of the company in February 2020. In the same month, he announced plans for BP to be net zero on greenhouse emissions by 2050.

Said Looney: “We know the world is not on a sustainable path. We want a rapid transition. Society has to deliver the Paris goals.”

According to BP’s website, Looney has already “driven change in the company’s oil and gas operations, prompting BP to take an industry-leading position on methane-detection methods and delivering sustainable emissions reductions of almost three million tonnes CO2 equivalent in the past two years”.

BP reported a $2.5bn loss for the third quarter after accounting technicalities caused the energy company to take a $6.1bn hit, which it attributed to “the exceptional increase in forward gas prices towards the end of the quarter”.

The revenue was disappointing for the company as well, with the $3.7bn that came in missing the $3.9bn estimate from the stock research firm Zacks Investment.

However, the underlying replacement cost (RC) profit – the figure closely tracked by analysts, and which represents net profit – was $3.3bn, up by $500m from the previous quarter. This was above analysts’ expectation of $3.13bn, and much higher than the $86m BP recorded in Q3 2020. The company’s earnings statement said this was partly driven by higher refining availability and higher oil and gas prices.

Looney told CNBC that the difference between the $2.5bn loss and $3.3bn RC profit was due to International Financial Reporting Standards (IFRS). These rules meant the results were “accounting for hedge and not accounting for the value of the portfolio”.

Looney said the hedges were not wrong, but the company was “accounting on one side of the equation and not on the other side, as required by IFRS, and this will unwind over time”.

Despite the difference between the two figures, he was happy with the results. In a statement, the BP CEO commented: “This has been another good quarter for BP.

“Our businesses are generating strong underlying earnings and cash flow while maintaining their focus on safe and reliable operations.”

BP has confirmed its plans to buy back shares using its surplus cashflow. The energy company announced it would purchase a further $1.25bn worth of stock after its $1.4bn buyback last quarter.

The results statement said: “The board remains committed to using 60% of 2021 surplus cash flow for share buybacks and plans to allocate the remaining 40% to continue strengthening the balance sheet.”

What is your sentiment on BP.?

As long as the cost per barrel is $60, the company will buy back shares worth $1bn per quarter. The energy company is also maintaining its dividend at $5.46, but has said it has the capacity to increase it by “4% through [to] 2025”.

Stuart Lamont, investment manager at Brewin Dolphin, said: “A further share buyback and an attractive dividend are good news for shareholders, but this update being delivered during COP26 is a reminder that BP has a long road ahead of it in becoming a low-carbon energy company.”

The results did give an update on BP’s target of adding renewable energy power of up 20 gigawatts (GW) in 2025 – to put that into context, 1GW is roughly the size of two coal-fired power plants, enough to power 750,000 homes.

The results statement said that a further 2GW has been added to “the renewable pipeline”. However, BP saw a RC loss of $4.14bn in its gas and low-carbon energy sector. BP expects this to be more profitable next quarter because of its plans to ramp up projects in gas regions.

Michael Hewson, chief market analyst at CMC Markets (UK), said: “The company can talk about ‘Performing while Transforming’ all it likes, but it needs to prove to shareholders and the markets as a whole that it can transition to renewables in a way that doesn’t hammer its margins – and the jury is likely to remain out on that.”

BP is not the only fossil-fuel energy company with plans to lower emissions. ExxonMobil has committed to slashing 30% of emissions in its oil and gas section by 2025. In its own Q3 earnings, Exxon revealed it is spending $15bn over 2022–2027 on low-carbon investments.

Exxon is also prioritising share repurchasing, but BP is ahead of the game. Starting in 2022, Exxon plans on launching a share-repurchase programme of up to $10bn over 12–24 months.

The BP share price has seen multiple slumps on the New York Stock Exchange (NYSE) since the pandemic began, however it started looking up for the energy company as it has seen a bullish trend this year.

However, the market has responded negatively to BP’s earnings, and the stock price has slumped below the $30 mark. As of 2 November, it is currently hovering around the $28 mark on the NYSE.

For the BP price prediction, there is a consensus that its stock price will not go much over the $30 mark during the next 12 months.

CNN surveyed 27 analysts for their BP stock forecast, which revealed a median price target of $34. When it came to guidance, CNN asked 31 analysts for recommendations and found the consensus is to buy the stock – an opinion that remains unchanged since September.

TipRanks gave a similar BP share forecast, with five Wall Street analysts offering an average price target of $33.25 over the next year. They also gave a high of $38 and a low of $31.

In total, 13 out of 31 analysts recommended buying the stock – a figure which remains unchanged since September.

Like TipRanks and CNN, Panda Forecast predicts the BP share price will gradually increase to around the $30 mark over the next 12 months, although its BP share price forecast for 2025 is above the $40 mark.

It might be. BP’s stock price has been on a bullish trend over the past 11 months, and in October 2021, it reached its highest price since the pandemic began.

Remember, it is not guaranteed that this upward trend will continue, so never invest more than you can afford to lose.

They could do. The BP price-prediction consensus among analysts is that the stock will not increase to much more than the $30 mark over the next 12 months.

But predictions can often be wrong, so you should never invest more than you can afford to lose.

It depends. Our research shows that 13 out of 31 analysts surveyed by CNN recommended buying the stock, with 11 recommending holding the stock. However, two analysts said the stock would underperform and one recommended selling it.

Remember, analysts are not always right, so you should always do your own research before investing.

What are green bonds and can they make money?
The material provided on this website is for information purposes only and should not be regarded as investment research or investment advice. Any opinion that may be provided on this page is a subjective point of view of the author and does not constitute a recommendation by Currency Com Bel LLC or its partners. We do not make any endorsements or warranty on the accuracy or completeness of the information that is provided on this page. By relying on the information on this page, you acknowledge that you are acting knowingly and independently and that you accept all the risks involved.
$50
WELCOME BONUS
Sign up 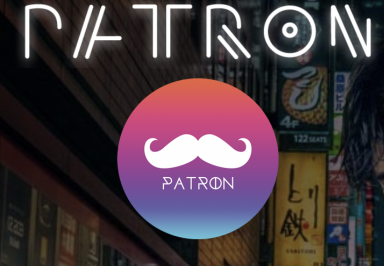 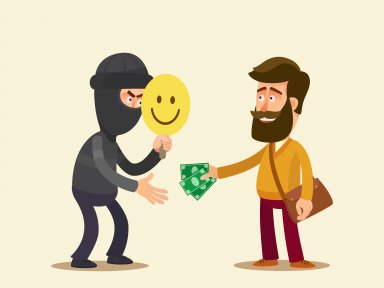