Is Compound coin a good investment? What will happen to COMP in the future?

There’s been a lot of talk about Compound coin but what’s going to happen to it? Will it go up? Let’s look at a Compound coin price prediction.

First, though, we’ll explain what Compound coin is, what it’s used for and how it works.

One of the goals of any cryptocurrency is for it to be used like a fiat currency. The ability to carry out everyday purchases in crypto is a dream for anyone who sets up an online currency. Right now, there are other things fiat currencies are better at, such as financing projects through loans. If we could use crypto to make and receive loans, a world of possibilities opens up.

Entrepreneurs Geoffrey Hayes and Robert Leshner saw a potential gap in the market and teamed up. In 2017, they created Compound, which allows cryptocurrencies to be borrowed and loaned. They officially launched the system in January 2018. Leshner, who serves as the project’s CEO, said at the time: “As it currently stands, just about the only thing you can do is move your assets off exchanges (where they are vulnerable to hacks and losses) and into your own control. And then… wait until you’re ready to sell.”

How does Compound work?

The programme enables people to deposit their cryptocurrency into a pool, which is used to make loans. People who make deposits earn interest based on the amount they put in. Perhaps more interestingly, they receive something called a cToken, which can be transferred or traded to anyone at any time – but it can only represent the cryptocurrency that has been deposited. The system runs on the Ethereum protocol.

Everything on Compound is automatic, meaning that people can withdraw their deposits at any time. People who lend can take out a loan worth the value of their deposit in another cryptocurrency. If the value of the cryptocurrency loaned goes up and becomes worth more than the deposit, borrowings can get liquidated. If that happens, other users can repay a portion of what’s outstanding in return for a share of the collateral at a discount to the contemporary market price.

The incentives given by the Compound market have proved very popular and, as of 4 October, there was more than $10.1bn in the Compound system.

How does the Compound application attract users?

Well, it does this with its own native governance token, COMP. If you use the Compound system in any way, whether borrowing, repaying or withdrawing, you can earn COMP.

People who own COMP have voting rights when it comes to the system’s protocol and they can assign those rights to someone else. The token was launched on 16 June 2020.

But what about COMP?

What of the future?

Compound Coin price predictions can often be affected by overall sentiment in DeFi markets – all governance tokens are prone to suffering downturns and surges.

A powerful example of this came last November, when the Binance exchange reported that most DeFi tokens had lost anywhere between 70% and 90% of their value in the space of two months. This coincided with attention shifting to bitcoin, which was at the very early stages of a dramatic sixfold increase.

If you decide to explore what COMP has to offer, do remember that sentiment can shift quickly – there may be times when this governance token lags behind bitcoin during explosive periods of price growth.

Another threat to COMP’s success is that new DeFi protocols are emerging all the time. In a competitive market where crypto enthusiasts are continually on the lookout for the biggest gains, a younger upstart could easily wrest market share away from Compound – and in some cases, all it takes is a couple of days for a protocol to surge up the rankings.

For instance, PancakeSwap has rapidly established dominance on the Binance Smart Chain as one of the world’s most popular decentralised exchanges. At times, trading volumes have overtaken Uniswap, one of the first platforms to emerge in this space.

LongForecast predicts the Compound coin price will go up and down before reaching somewhere between $311 and $386 in October 2025, while Gov.capital very optimistically says it could reach as high as $1,695 this time next year.

It potentially is. Analysts are predicting a price rise over time, although there is a belief that it won’t be a steady increase. Predictions are not set in stone. You should always remember to do your own research, and that the value of your investment can go down as well as up. Never invest more than you can afford to lose.

It depends on who you believe but there does seem to be consensus in Compound coin price predictions for 2025 that it will be higher than currently. DigitalCoinPrice suggests it could reach $959.93, while LongForecast predicts a potential high of $386. However, please be aware that things could happen to the markets that are difficult to predict.

COMP is available on Currency.com. Just remember to do your own research and don’t invest more than you can afford to lose.

The best cryptocurrencies to invest in: what cryptocurrencies should you invest in this summer?
The material provided on this website is for information purposes only and should not be regarded as investment research or investment advice. Any opinion that may be provided on this page is a subjective point of view of the author and does not constitute a recommendation by Currency Com Bel LLC or its partners. We do not make any endorsements or warranty on the accuracy or completeness of the information that is provided on this page. By relying on the information on this page, you acknowledge that you are acting knowingly and independently and that you accept all the risks involved.
$50
WELCOME BONUS
Sign up 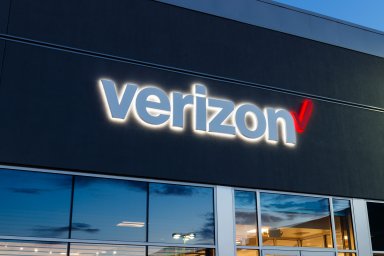