There are myriad opportunities and threats that lie ahead for consumer discretionary stocks over the next 12 months.

Whereas consumer staples are stock picks that can deliver growth and revenue in good times and bad, the consumer discretionary sector is a little more complicated. In this competitive industry, performance is often dictated by how the wider economy is faring, as this speaks directly to how confident consumers are feeling.

What is consumer discretionary?

The essentials you need to buy – food, toothpaste and the odd four-pack of beer – are labelled as consumer staples in stock market circles. Other items, such as a hotel booking, a 55-inch television, a shiny new car or a swanky pair of trainers fall into the consumer discretionary category. Although all of these items are really nice to own, these purchases often depend on how much discretionary income shoppers have once must-haves, mortgages and bills are paid for.

It’s fair to say that the consumer discretionary sector is a cyclical beast. This means that the performance of companies in this sector is often tied to the business cycle of the wider economy. According to Fidelity, these stocks consistently overperform during the early part of the business cycle, when the economy is starting to recover from a prolonged contraction. In subsequent stages – when economic expansion reaches a peak and begins to contract again, the industry underperforms in comparison with the rest of the S&P 500.

Analysis of the consumer discretionary sector

Consumer discretionary stocks represent 9.8 per cent of the S&P 500, and the weighting is reviewed on a regular basis. This is down some way from December 2015, when these companies represented 12.9 per cent of the total index. Right now, the biggest constituents in this sector are Amazon, Home Depot, McDonald’s, Nike and Starbucks. We’ll be talking more about some of these brands later.

According to figures from Fidelity, this sector has a market cap of $5.83tn. Over the past 12 months, consumer discretionary brands have enjoyed share price growth of 19 per cent – trailing the broader S&P 500 index, which clocked gains of 25 per cent.

There are several strengths and weaknesses that it’s worth keeping abreast of in this sector. Naturally, one of them is consumer confidence. Every month, surveys are performed in the US and around the world to try and ascertain how the public feels about the economy, as this can offer a valuable insight into their spending plans. In December 2019, America’s Conference Board Consumer Confidence Index dipped slightly to 126.5 (the benchmark of 100 was set back in 1985). Assessing the result, the organisation said that the public’s short-term outlook regarding jobs and financial prospects had declined, adding: “While the economy hasn’t shown signs of further weakening, there is little to suggest that growth, and in particular consumer spending, will gain momentum in early 2020.” Bearing in mind that an upbeat outlook is crucial in order for consumers to keep splashing the cash, this assessment likely caused some faint alarm bells to start ringing for some in the consumer discretionary sector.

Other factors are at play which could stymy the industry’s performance throughout 2020. The coronavirus outbreak in China could hit hotel bookings and consumer willingness to spend time in shopping malls. Meanwhile, although Beijing and Washington have reached a “phase one” deal that could help prevent a further escalation in an increasingly bitter trade war, tariffs on US and Chinese imports remain. This has the potential to make products more expensive for consumers – ultimately affecting the bottom line of retailers.

Another interesting development in America is the ever-increasing pressure for businesses to pay their employees at least $15 an hour. The consumer discretionary sector has a high proportion of workers on the minimum wage, and mandatory increases – set to be introduced gradually between now and 2025 – could ultimately squeeze earnings. Some major brands, such as Walmart, have begun limited trials where staff are paid $12 an hour. There is a potential upside to this: more money in consumers’ pockets could result in higher spending on discretionary items.

What is your sentiment on NKE?

Why not give NKE a try?

Why invest in the consumer discretionary sector?

For investors who are potentially new to the stock market, this sector offers some much-needed familiarity. Many of the brands found in the consumer discretionary sector are ones we’ve all shopped with at one point or another. However, with big e-commerce players such as Amazon rapidly eroding the market share of more established brick-and-mortar competitors, backing companies which have an innovative streak – and the ability to rapidly adapt to changing consumer demands – is essential.

Many market experts are expecting big things from this sector in 2020. Brian Belski, the chief investment strategist at BMO, told CNBC that “consumer discretionary, far and away, has the highest estimated long-term earnings per share growth expectations among S&P 500 sectors”. That said, the shorter-term outlook isn’t necessarily as optimistic. As fourth-quarter results emerge, encompassing that all-important holiday season, aggregate figures across all constituent companies from FactSet actually suggest that earnings will be down by an average of 14 per cent when compared with the same period in 2018.

So… where are the best options for investing in consumer discretionary? Several strategists believe that home improvement brands such as Lowe’s and Home Depot could be in for a blockbuster 2020. Homebuilding in the US has surged to 13-year highs, and both companies could enjoy an uptick in demand for their products as a result.

Given it’s an Olympic year, all eyes are also on Nike. Analysts such as Guggenheim say they are impressed with the sportswear brand’s innovation pipeline – and a healthy marketing budget ahead of the games is likely to boost demand. Indeed, the company’s most recent quarterly results were far beyond what analysts were expecting. Revenue stood at $10.33bn with earnings per share of 70 cents, well beyond the 58 cents forecast. The share price stood at $102.03 at the time of writing – but according to CNN Business, 29 analysts have a high estimate of $150 in 12 months’ time (a 47 per cent increase), a median estimate of $110 (up 7.8 per cent) and a low estimate of $82.50 (down 19.1 per cent).

Amazon also continues to be a darling of the consumer discretionary sector, with analytical firms such as Baird claiming that there are “significant growth opportunities” for 2020. Whether its rivals will enjoy similar success – and whether the industry as a whole will manage to outpace the S&P 500 – remains to be seen. 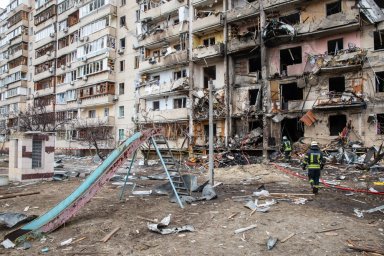 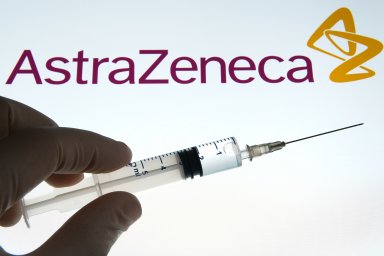 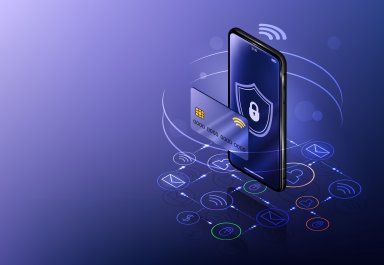