Crypto friendly countries: The best country to start a coin

Cryptocurrencies have become a global phenomenon, with countries of origin spanning the world. But there are crypto-friendly countries that stand out as the most entrepreneurial for crypto creators, some of which might surprise you .

Crypto founders are attracted to regulation that favours cryptocurrencies and governments that encourage growth in the fintech area. But where do the most successful coins come from?

Switzerland is home to three of the top ten cryptocurrencies by market capitalisation, Ethereum, Cardano and Polkadot. It is is one of the most crypto-friendly countries, with Zug, a town outside Zurich that people are now calling Crypto Valley, housing a cluster of more than 450 blockchain-related companies.

The Crypto Valley Association, an independent government-supported association based in Zug, says on its website that there are many reasons for setting up in Zug, a town of only 30,000 inhabitants 1,400 feet up in the mountains where it rains one day in every three . This includes the low 14% corporation tax, the world-leading infrastructure, and a secure legal framework. But the association also highlights Switzerland’s decentralisation, saying its bottom-up political culture is perfect for the nature of crypto technologies.

Bitcoin Suisse, a crypto financial services company, was founded in Zug in 2013. The company said: “Zug is a prime example of the location advantages of Switzerland, among them a high attractiveness and awareness for entrepreneurship, political stability, lower taxes and a federal government.”

When asked about the crypto trading demand in Switzerland, Bitcoin Suisse said: “More and more professional, institutional investors are becoming active, including in Switzerland. There is a growing consensus that crypto assets are establishing themselves as an individual asset class.”

Ethereum, the second largest cryptocurrency, has an unusually long list of co-founders. It was initially described in white paper by the Russian-Canadian Vitalik Buterin. But the development of the company began in 2014 through a Swiss company called Ethereum Switzerland GmbH and the currency launched in 2015. As of 19 October, Ethereum is priced at $3,796.42.

Switzerland is cultivating these successful cryptocurrencies through laws that encourage fintech growth. In July 2017, the country introduced a law that allowed companies with $1m in third-party funds to test out their innovative financial technology ideas without the usual regulation. It also relaxed banking licences for those with less than $1m.

Switzerland is not the only government encouraging cryptocurrency. Singapore has been described as a crypto-friendly country by ComplyAdvantage,  a company providing anti-money laundering technology.

After the ban on cryptocurrencies in China, countries in Asia have been racing to become the new crypto hub. Cryptocurrency companies including Babel Finance and Cobo have already moved their operations from China to Singapore.

As well as these recent movements, Singapore has a strong history in cryptocurrency. Two of the top 20 cryptocurrencies by market capitalisation have roots in the south-eastern city-state. Kyber Network is based in Singapore and was one of the co-founders of Wrapped Bitcoin. This is a token that is equivalent to one bitcoin but can be used on the Ethereum network. Wrapped Bitcoin is currently ranked at number 13 for the largest cryptocurrencies by market capitalisation.

Terraform Labs is also Singapore-based and founded the Terra Luna coin. This coin is used to maintain the Terra blockchain’s stablecoins. LUNA sits at number 12 on the market capitalisation ranking, next to its fellow Singapore-based token Wrapped Bitcoin.

Singapore started introducing cryptocurrency regulation at the beginning of 2020 through the Payment Services Act. The regulation primarily focuses on stopping digital-token-based money laundering. However, it has recently involved exchanges and cryptocurrency businesses requiring an operating licence from the Monetary Authority of Singapore (MAS).

Independent Reserve was one of the first to acquire a licence. Raks Sondhi, head of Independent Reserve’s Singapore business, said regulation was key because it ensures customer protection. “MAS, the regulator, is actually looking at these funds, they’ve been able to prove that policies and procedures in place meet the standards required, that the technology is robust, and meets a particular framework,” Sondhi said. Knowing they are dealing with a regulated entity makes it a lot easier for companies, he said.

Asked whether Singapore could become the next crypto hub, Sondhi said it already has been for the past year and a half. He pointed to a strong ecosystem that includes clear regulation, Singapore University having the best blockchain course, and a sandbox environment for fintechs provided by the MAS.

The US government, however, has struggled to pass clear crypto regulation, Bitcoin has been classed as a commodity while others are seen as securities. There is also no single authority that regulates cryptocurrency, though many individual states have passed crypto laws.

California is home to Ripple and Solana and was one of the first states to bring a form of crypto regulation. In 2014, the California governor signed a bill stating digital currency was legal for transmitting payments and buying goods. Not much other regulation has been passed in the state since and companies are seeing California as a crypto-friendly jurisdiction. As well as currencies, exchanges including Coinbase and Kraken have established headquarters there.

But the US is certainly looking to introduce regulation. Senator Elizabeth Warren wrote to the chair of the Securities and Exchange Commission, Gary Gensler, calling on him to close the regulation gaps and protect consumers investing in cryptocurrencies.

The US government is currently focused on stablecoins, a less-volatile crypto alternative to fiat currency. The Biden administration announced earlier this month that it wanted to impose bank-like regulation on cryptocurrency companies that issue stablecoins. A report from the US Treasury Department is expected to be released over the coming months to provide more detail for these restrictions.

Whether new regulation will discourage crypto companies remains to be seen. However, the US is attracting a new wave of crypto miners. Data from Cambridge Bitcoin Electricity Consumption Index showed that the US accounts for 35% of the world’s bitcoin mining. The country is now the current world leader, having overtaken China after Beijing’s cryptocurrency crackdown.

Founders and their nationalities

Like the currencies, the founders’ nationalities span the globe but there are certain countries that stand out. The most common country of origin for the founders of the top 20 cryptocurrencies is the US. This includes Charles Hoskinson who founded Cardano, which is ranked at number four by CoinMarketCap. He also co-founded the second largest cryptocurrency, Ethereum.

As well as Americans, there is a strong presence of Canadian founders. Ethereum’s founder, Vitalik Buterin, who wrote the white paper, is Russian-Canadian. The cryptocurrency creator of Binance coin, which is ranked at number three, is Changpeng Zhao, who is Chinese-Canadian.

Ripple’s founder, Ryan Fugger, is also Canadian and started the currency in Vancouver, before RippleLabs became headquartered in California.

As cryptocurrencies continue to be founded worldwide, there is a growing global market. A report by Chainalysis released earlier this year discovered that worldwide adoption has increased by 880% year-on-year.

When looking at the most popular cryptocurrencies in Europe, Chainalysis found Ethereum and wrapped Ethereum (wETH) were used the most with Bitcoin as the second most popular option. However, Monaco proved to be an exception with stablecoins as the most common choice, taking up almost 50% of all transactions.

Vietnam was ranked highest on the index due to the huge transaction volumes in P2P platforms. Interviews with experts were conducted in the country, and it was found that residents are using these platforms because they do not have access to centralised exchanges.

Nigeria has been noted as another emerging market by Statista. In March, the database company surveyed 74 countries and found Nigerians were mostly likely to use or own cryptocurrency. In its report, it wrote: “The high cost of sending money across borders the conventional way has caused many to turn to local cryptocurrency exchanges catering to overseas workers and their families.”

Statista also found high adoption in Vietnam and the Philippines because of the low transfer fees. The Phillipines’ Central Bank had a role to play as it approved several crypto exchanges to operate as remittance and transfer companies in the country. The Philippines government also boosted adoption as it set up bonds.ph, a blockchain app that partnered with UnionBank to distribute government bonds.

Whilst P2P platforms take off, Chainlysis said it will spend the next 12 months focusing on new and emerging models. In the report, it said: “The clear takeaway though is this: Cryptocurrency adoption has skyrocketed in the last twelve months, and the variation in the countries contributing to that show that cryptocurrency is a truly global phenomenon.”

Chainalysis revealed in its most recent index that Vietnam is an emerging market for cryptocurrency transactions. It found residents are using cryptocurrency platforms because they do not have access to centralised exchanges.

Nigeria was highlighted as another emerging market by Statista. It revealed Nigerians were sending money to family overseas via cryptocurrency.

Cryptocurrency countries: In which countries is crypto legal?

World’s most cryptocurrency-friendly countries revealed
The material provided on this website is for information purposes only and should not be regarded as investment research or investment advice. Any opinion that may be provided on this page is a subjective point of view of the author and does not constitute a recommendation by Currency Com Bel LLC or its partners. We do not make any endorsements or warranty on the accuracy or completeness of the information that is provided on this page. By relying on the information on this page, you acknowledge that you are acting knowingly and independently and that you accept all the risks involved.
$50
WELCOME BONUS
Sign up 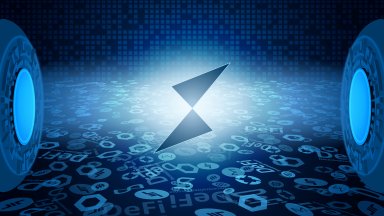