Dogecoin surged on Wednesday after the US cryptocurrency exchange Coinbase announced that it will add the meme crypto to its professional trading platform.

The company said that the crypto will be available later from or after 09:00 PT (UTC -7) on 3 June “if liquidity conditions are met,” adding that there will be a “separate announcement if and when” the cryptocurrency is ever added to its main site.

Reacting to the news, Dogecoin’s most famous and vocal advocate, Elon Musk, retweeted a photo of the crypto dominating the global financial system with the caption “It’s inevitable.”

While hosting Saturday Night Live last month, the Tesla and SpaceX CEO jokingly described Dogecoin as “a hustle”. However, in the subsequent weeks the South Africa-born billionaire has discussed his desire to improve the viability of the cryptocurrency by working with developers behind the scenes.

Despite the drop-off in recent weeks, DOGE remains the sixth-largest cryptocurrency in the world. With a market capitalisation of $55bn (£39bn), according to CoinMarketCap, the meme-based asset is larger than global corporations, such as Maersk, Kraft Heinz and General Dynamics.

Across the crypto market

Elsewhere in the cryptocurrency market, bitcoin continued to trade upwards within a narrowing range. Having been rocked in recent weeks by threats of greater scrutiny from governments around the world, bitcoin has enjoyed better regulatory news thus far this week.

On Monday, the Reserve Bank of India (RBI) issued a clarification stating that commercial banks can no longer quote its now invalid 2018 judgement, banning banking services to customers involved in digital asset transactions.

Ether traded up by almost 6% at $2,692, with investors and traders still attracted by the possible opportunities the Ethereum network could offer in improving financial efficiency and transparency.

Dallas Fed president who backed idea of CBDC steps down 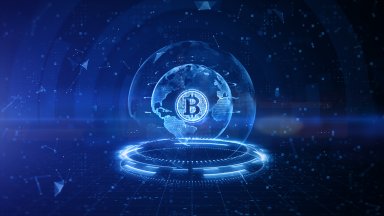