Ethereum, shortened to ether, is the second largest cryptocurrency by market capitalisation. Find out its price history

Ether is a form of digital money. It’s the main cryptocurrency on the Ethereum platform. As well as being a digital currency, ether can be used for other types of financial transactions, including smart contracts and the storage of data for third-party applications.

Ether can be transferred online peer-to-peer almost instantly, although some transactions can take minutes or even hours.

Ether was created in 2015 by Vitalik Buterin. He began developing the platform in 2011, around two years after bitcoin launched in 2009.

Buterin believed the technology used to create and fuel bitcoin could be used for applications beyond cryptocurrency. He enlisted several others as co-founders to help him, including Mihai Alisie, Amir Chetrit, Jeffrey Wilcke, Joseph Lubin, Gavin Wood, Charles Hoskinson and Anthony Di Iorio, according to CoinMarketCap.

A crowdfunding drive in 2014 raised about $18m to help launch the blockchain.

What is the difference between ether and Ethereum?

Ether is a digital coin that helps the Ethereum blockchain operate.

Unlike bitcoin, which is simply a digital currency, the Ethereum network is home to an array of decentralised apps, or DApps for short.

DApps use open-source applications to deliver blockchain-based alternatives to tools we use every day.

Carol Alexander, professor of finance at the University of Sussex, told currency.com that because ether is linked to a blockchain, it has more potential than bitcoin to help establish a market discipline for cryptocurrency use. She said:

“This could help the sector mature and develop long-term potential, and make it easier to regulate.”

What is ETH? It’s more than just the second-biggest crypto

ETH – how it fuels Ethereum

When ETH is sent or an Ethereum application is used, the user pays a small fee in ETH.

The fee is an incentive for miners to process and verify the blockchain – miners are the Ethereum recordkeepers because they check and prove the validity of each transaction, helping to prevent fraud.

Maintaining Ether’s price: proof of work and proof of stake

Ether uses the proof-of-work (PoW) protocol to prevent its value becoming worthless. It stops users from double-spending. Because a decentralized currency has no central agency to verify that it is spent just once, Ethereum uses the blockchain to verify the authenticity of each transaction and prevent double-counting.

Miners use PoW as evidence they have done their job of securing the currency.

PoW allows cryptocurrencies such as bitcoin and ether to operate securely, within what is known as a secure decentralised consensus.

Because of the cost and environmental impact, ether is expected to move to a proof of stake (PoS) mechanism, which is considered cheaper and more environmentally friendly.

Ether hit an all-time high of $4,168.7 in early May 2021, taking ETH’s market capitalisation above US$400bn for the first time in its six-year history.

How stable is the price of ether

An investor who bought ETH with $10 five years ago, when it was priced at around $7, according to Nasdaq.com would have seen their investment grow to around $3,000, if they held the cryto asset at its peak.

Cryptocurrencies have volatile trading histories. The price of ether has undergone several rallies and crashes since it was first traded.

As with all currencies, ether has been influenced by several factors, including:

But commentators, including Alan Greenspan, former chairman of the Federal Reserve,  have compared the rush to buy into cryptocurrency to the Dutch tulip mania of the 17th century.

NFTs, which can facilitate digital artwork sales, are transferred and stored on the Ethereum blockchain. They are used to represent goods such as art, photos, videos, audio and other digital files. In June 2021, Christie's Auction house in London set a record for the highest selling NFT to date, at $69m (42329.453 ETH). While NFTs are growing in popularity, there are concerns about their environmental impact.

It takes huge amounts of energy to power the computers necessary to generate the PoW protool needed to build the blockchain. However, the move to the more environmentally friendly PoS consensus could help increase ether's popularity. This switch has been delayed, but is expected to happen later this year.

Like all cryptocurrencies, ether is a relatively new asset. It is vulnerable to speculation as investors learn more about what it is and what it can do.

As the Ethereum platform has grown in popularity, it has become slower and more expensive. A  transaction can take hours, with the cost (or “gas fees”) up to $40.

The decision in June 2021 by the El Salvador government to allow bitcoin as legal tender has helped to promote cryptocurrencies as alternative and viable assets. The influence of corporations will also influence the price of ether (PayPal now accepts bitcoin, for example), as will any moves by the authorities to regulate the crypto industry.

"Long term, Ethereum is set to be a powerhouse in the crypto industry as it's responsible for a large part of the crypto ecosystem, and much of the infrastructure is actually built on Ethereum. As we dive further into DeFi, NFTs and any other applications, Ethereum further cements itself in the industry. It's still very early for Ethereum and the future applications are almost limitless so it won't be going anywhere any time soon."

Mike Hampson, founder and CEO of Bishopsgate Financial, told currency.com that investors buying up cryptocurrency need to be prepared to lose all their money,

"The fact is that none of these currencies have a solid backing or are guaranteed by any government, company or even physical commodity. Yes, there is a uniqueness to them, but as we have seen, new cryptocurrencies can be created easily and central banks are looking at creating further ones. We will see that choice will increase, and with a higher level of certainty in terms of an investment. The huge energy costs involved in mining and processing crypto mean there’s nothing cheap or efficient about them and with concerns rising about climate impact this will only become a bigger problem."

Should I buy ether?

Anton Altement, CEO of Osom.finance, told currency.com he believed that ether has more potential than its larger rival bitcoin, because of the application of the ETH blockchain.

“It’s one of the most liquid cryptos, and liquidity is important, as even the tokens representing the best concepts may die if no one is there to trade them. That’s not a problem which ETH may face.”

Professor Roman Matkovskyy, from the Rennes School of Business, told currency.com that his analysis indicates that as a group, “cryptocurrencies represent the riskiest asset class in the long run in terms of unpredictability of returns.”

Will ETH price go up or down?

2021-07-12 10:07
Will you buy or sell
Buy Sell
Potential profit*
*Your return, if you had placed a #side# order at market open on #date#
Get $10 000 on your demo account to try more
Sign up for free
The material provided on this website is for information purposes only and should not be regarded as investment research or investment advice. Any opinion that may be provided on this page is a subjective point of view of the author and does not constitute a recommendation by Currency Com or its partners. We do not make any endorsements or warranty on the accuracy or completeness of the information that is provided on this page. By relying on the information on this page, you acknowledge that you are acting knowingly and independently and that you accept all the risks involved.
Cryptocurrency
АWin-Win
referral programme
Learn more 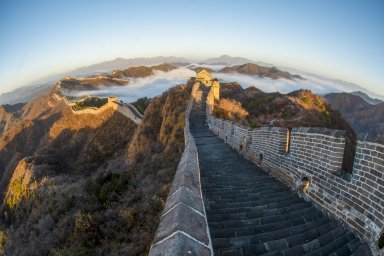