More than 1.5 million users from 167 different countries have downloaded the Socios.com app

Persib Bandung have become the first Indonesian football club to partner with Chiliz, the global blockchain provider for the sports industry, and will unveil a new Fan Token on the engagement and reward app Socios.com.

Persib Bandung play in Liga 1, the top tier of Indonesian football, and according to Chiliz are one of the biggest football clubs in Indonesia, having been established in 1933.

Fan Tokens give fans the chance to vote in polls to influence their team, earn rewards, enjoy VIP experiences, and access games, competitions and exclusive offers on the app.

Those who invest in Fan Tokens will “also receive unique digital rewards, including non-fungible tokens (NFTs), as well as merchandise and match-worn jerseys, while being eligible to access exclusive discounts linked to club sponsors and other special offers and incentives linked to major brands.”

Chiliz states that more than 1.5 million users from 167 different countries have downloaded the Socios.com app.

Other well-known clubs that have launched Fan Tokens

Other major European clubs that are working with Socios.com and have Fan Tokens include Juventus FC, Atletico Madrid, AS Roma, Paris Saint-Germain (PSG) and AC Milan.

In addition, the UEFA partnership made Socios.com a regional sponsor of the UEFA Champions League and the UEFA Super Cup for the 2021-2024 cycle in the US.

Alexandre Dreyfus, CEO of Chiliz and Socios.com, said: “Socios.com is a truly global community, created for sports fans everywhere. We’re delighted to enter another new market, where there is a huge passion for domestic football and love for the global game.

“A very warm welcome to PERSIB. We look forward to creating amazing experiences and new opportunities for your fans together.”

Teddy Tjahjono, director of Persib Bandung, said: “We are very happy and proud to welcome Socios.com as our partner. PERSIB is a club that is very open and supportive to various innovations and new technologies.

“Together with Socios.com, we believe that we can offer new opportunities for the entire PERSIB fan base, both in Indonesia and around the world to engage more deeply and to be at the forefront with the club. The PERSIB Fan Token will be a great tool for us, bringing our global digital fanbase of more than 20 million closer to the club.”

First Russian football team to launch Fan Token on Socios.com
The material provided on this website is for information purposes only and should not be regarded as investment research or investment advice. Any opinion that may be provided on this page is a subjective point of view of the author and does not constitute a recommendation by Currency Com Bel LLC or its partners. We do not make any endorsements or warranty on the accuracy or completeness of the information that is provided on this page. By relying on the information on this page, you acknowledge that you are acting knowingly and independently and that you accept all the risks involved.
Cryptocurrency Blockchain Sporting Crypto
АWin-Win
referral programme
Learn more

Ether price analysis: Could the rally extend above $2,000? 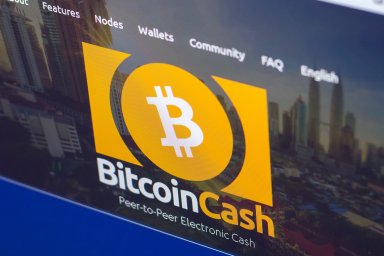 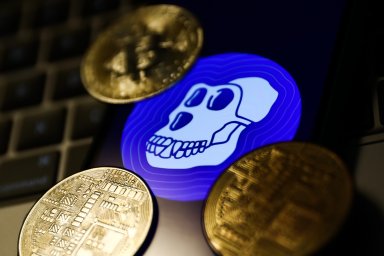 TAG Heuer watches can now be bought with ApeCoin