It hit the headlines in late 2021, but what is the Flux cryptocurrency?

Flux is a cryptocurrency that powers a system for app development. The coin came into its own at the end of 2021, making some notable gains and hitting the headlines.

But what is Flux (FLUX)? How does Flux work? What is the latest Flux price prediction? Let’s take a look.

From the Flux whitepaper

The Flux: Decentralized Computational Network whitepaper was published in April 2021 and is 12 pages long.

The document goes on to say: “Flux node operators can choose from three tiers of hardware requirements to stand up after providing the necessary Flux capital soft-locked in their wallet. This allows anyone to be rewarded for providing hardware to the network, from anywhere in the world.”

Behind the Flux ecosystem and the Flux (FLUX) cryptocurrency is the idea of blockchain technology being a crucial part of Web3, the version of the internet which, depending on who you talk to, is either with us already or about to take over.

Since blockchains both rely on and promote decentralisation, this means such systems can become useful places for people to design and build their own decentralised applications (dApps). Flux is one such network, enabling users to do just that.

Flux has its own operating system, called FluxOS, which is based on Linux. This manages the network by verifying computer power, deploying as well as managing the dApps on the network. The Flux whitepaper describes the system using computers called Flux Nodes to manage the network.

The owners of Flux Nodes are rewarded in FLUX. Flux also has its own wallet, called Zelcore, and a development programme called FluxLabs. The people behind FLUX also take part in Flux-based airdrops on other blockchains, which can be claimed using Zelcore’s fusion app. People do, however, have to hold FLUX in order to participate in these airdrops.

Perhaps most importantly, Flux has its own blockchain, meaning FLUX is very much a coin, rather than a token.

The FLUX coin is mined through a proof-of-work protocol. This means that computers solve increasingly complex mathematical equations in order to add more blocks to the blockchain and thus bring new coins into circulation. The coin can be staked, bought, sold and traded. Holding FLUX also enables you to run your own Flux Node on the network, meaning you can earn even more of the coin.

The Flux system was founded by Prague-based Tadeas Kmenta, Parker Honeyman from Oregon, and Daniel Keller from Pennsylvania in 2018. The system was initially known as ZelCash, and the token was originally called ZEL, but these were rebranded to FLUX in March 2021.

It is important not to confuse the Flux crypto with either Datamine FLUX or Flux Protocol, both of which also use the FLUX ticker. Datamine FLUX is a DeFi protocol coin that launched in 2020, while Flux Protocol came out in 2021 and aims to provide blockchain-based mortgage lending solutions.

It’s time now to take a look at the Flux price history. While past performance is no indicator of future results, knowing how the coin has behaved in the past can give us some much-needed context when it comes to both making and examining a Flux price prediction.

Flux first came onto the open market in August 2018. This was at a time when the cryptocurrency market as a whole was settling down after the boom of late 2017 and early 2018. As per the market itself, Flux was not making any waves at this point, and was trading at between $0.02 and $0.03. There was some growth, with the coin topping $0.07 in October that year, but it soon settled back down to previous levels.

In April 2019, there was excitement in the run-up to the launch of the Zelcore+ wallet, and the coin not only topped $0.10 but even broke through the $0.20 barrier. But this boom was brief and FLUX settled down again, so that by the autumn it was back below the $0.10 mark, where it would stay for more than a year.

In 2021, the cryptocurrency market went through anoher boom period and FLUX was one of many coins whose boats were lifted by the rising tide. In March, it broke back through the $0.10 barrier and continued to trade at this level for a while, breaking through $0.20 briefly in April and reaching a periodic high of $0.3744 on 15 May 2021.

The gains appeared to have stood FLUX in good stead, because while the great crypto day crash of 19 May 2021 did affect the coin’s price, its post-crash levels were, at least initially, around the $0.20 mark. The overall market slump did end up having an impact, though, and between 16 and 20 July, it traded consistently below $0.10. But the dip was short-lived, and August saw the coin rise to close the month at $0.1655.

While the immediate issue for the crypto market in late 2021 was a slowdown in the wake of concerns about the Omicron variant of Covid-19, things were not too bad for FLUX. Yes, it ended up trading at below $2, but it looked as if it had, ultimately, reached a new level.

Indeed, there was still scope for an all-time high to be set, as news that it was to be listed on the Binance exchange meant that it spiked at $4.17 on 10 December 2021. While the price declined pretty quickly after this, closing the day at $1.84, there was some recovery and it closed the year at $2.39.

January 2022 saw some initial growth and FLUX reached a monthly high of $3.31 on 3 January, but then the market slumped and it closed the month at $1.55. February saw some minor peaks and troughs but, ultimately, a lack of market confidence exacerbated by global tensions saw it stand at around $1.17 in the wake of Russia’s invasion of Ukraine on 24 February 2022.

Initially, at the beginning of the second quarter of 2022, things started to look less bleak for the crypto market, and by 30 March, the coin was valued at $2.05. However, since that point, there has been a substantial reduction in price.

The milestone had little effect in the prolonged bear market, and the value of the coin descended to $1.30 as April 2022 came to a close. After multiple market-wide crashes, the token sank to a further nine-month low, hitting $0.38 in mid-June.

At this time, there were almost 257 million FLUX in circulation, out of a maximum supply of 440 million. This meant that the coin had a market cap of more than $196m, making it the 145th-largest crypto by that metric.

Before we look at any Flux price predictions, bear in mind that cryptocurrency forecasts are often wrong. Longer-term crypto predictions are often made using an algorithm, which can change at any moment.

We are living in a time of global uncertainty. This means that it is entirely possible that crypto prices will remain relatively low for a while yet. This is not something specific to FLUX, but just because it was able to have moments of profitability at times when the overall market slumped, that does not mean it is immune to the worst market forces out there.

While the Flux Ecosystem does seem to have some positive features, it is not the only platform to offer them. It will have to maintain a user base and even expand over the coming months and years. There is no guarantee that it can do so, so you will need to be careful.

New platforms and blockchains are coming into play all the time and, since the fortunes of a network can change overnight, there is no guarantee that what is successful today will be successful tomorrow.

It might be. Over the past year, it has risen by over 300%. That said, it is best to be careful. The coin has been on a downward trend lately and, with global tensions mounting, markets are likely to contract.

That is not to say that things will not get better, but you should remember to do your own research and never invest more money than you can afford to lose.

It might do. On the other hand, it could equally go down, at least in the short term. There is some space between where the coin is now and the heights it has reached in the past, but do not expect things to change overnight.

Remember, too, that forecasts can often be wrong.

This is a question that only you can answer. Before you do, you will need to remember to do your own research and understand that prices can go down as well as up. Most importantly, never invest more money than you can afford to lose.

Bitcoin (BTC) price analysis: Dips may be a buying opportunity

What is Web3? Your ultimate guide
The material provided on this website is for information purposes only and should not be regarded as investment research or investment advice. Any opinion that may be provided on this page is a subjective point of view of the author and does not constitute a recommendation by Currency Com Bel LLC or its partners. We do not make any endorsements or warranty on the accuracy or completeness of the information that is provided on this page. By relying on the information on this page, you acknowledge that you are acting knowingly and independently and that you accept all the risks involved.
Cryptocurrency Blockchain
АWin-Win
referral programme
Learn more 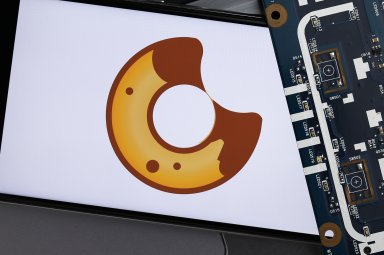 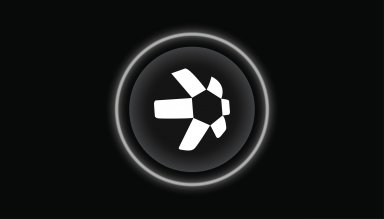 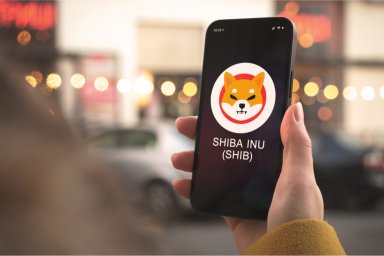