The newly-appointed CEO of the bankrupt cryptocurrency exchange FTX, John J Ray, appeared before the US House Financial Services Committee in Washington  and criticised his predecessor Sam Bankman-Fried.

Ray was appointed in November to lead what was once the world’s second-largest cryptocurrency exchange through bankruptcy proceedings. In the mid-2000s, Ray completed the same task for the Texas-based energy giant Enron after its collapse.

The veteran executive spent almost four hours answering questions about the implosion of the multibillion-dollar crypto exchange, attributing it in large part to “old-fashioned embezzlement”.

Ray lamented the “absolute concentration of control in the hands of a very small group of grossly inexperienced and unsophisticated individuals”, and said that there was “literally no record keeping whatsoever.”

Those attending the hearing were audibly shocked by Ray’s revelation that FTX employees sent invoices and other financial documents via the workplace chat application Slack and used Quickbooks consumer accounting software internally. He mused: “It’s a very nice tool – not for a multibillion dollar company.”

Ray defended his decision to include all FTX Group companies in the Chapter 11 filing, particularly FTX US, which is thought to be solvent. He said that by filing for protection FTX US avoided a “run on the bank” and had time to identify and protect its assets.

Bankman-Fried was also due to appear before Congress but was arrested by Bahamian authorities on Monday. However, his 18 pages of prepared testimony were nonetheless released.

Throughout the statement, the former billionaire criticised Ray’s decision to file for Chapter 11 bankruptcy protection, devoting seven pages to what he deemed “misstatements”.

Bankman-Fried maintained: “I believe that United States regulators may have been told materially misleading information about FTX US, including claims that FTX US is not solvent. I believe that it is solvent.”

He also took the opportunity to rebut  a number of the rumours surrounding FTX’s collapse. He rejected the stories of wild behaviour at the house he occupied along with FTX’s leadership in the Bahamas, stating that he has “never been drunk.”

Bankman-Fried also revealed that he has been taking antidepressants for almost a decade, maintaining: “The last few months have been difficult enough for everyone that it feels unremarkable to me, in comparison, that I need to put on the official Congressional Record that I am, and for most of my adult life have been, sad.”

FTX owes more than $3bn to its 50 largest creditors and is thought to potentially have more than one million total creditors.

Bankman-Fried arrested and charged with fraud and money laundering

Terra’s Do Kwon ‘living in Serbia’ say reports
The material provided on this website is for information purposes only and should not be regarded as investment research or investment advice. Any opinion that may be provided on this page is a subjective point of view of the author and does not constitute a recommendation by Currency Com or its partners. We do not make any endorsements or warranty on the accuracy or completeness of the information that is provided on this page. By relying on the information on this page, you acknowledge that you are acting knowingly and independently and that you accept all the risks involved.
АWin-Win
referral programme
Learn more 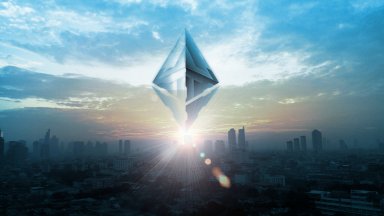