Greggs is still on the high street after lockdown. What’s the Greggs share price forecast?

Greggs is a UK company that, perhaps more than any other, tells us something about the state of British high streets post-lockdown.

The Newcastle-based business specialises in shops selling baked foods to take away, with items like sausage rolls and steak bakes being standard modern British cultural symbols.

As the Covid-19 pandemic hit, Greggs’ sales went down, as they were bound to do at a time when the company’s shops were closing. However, as restrictions have lifted, and more people have begun going out and shopping, including returning to offices, how is Greggs doing, and can we make a Greggs share price forecast? Let’s take a look.

When the company announced its quarterly results before trading started on 5 October, things looked relatively encouraging. The business had increased its sales and was doing well, compared to the previous year.

As the third quarter of 2020 took place during a time of comparatively strict lockdown restrictions, Greggs’ quarterly report for the three months ending 31 August 2021 used the third-quarter 2019 results for comparison.

In a statement, Greggs said: “Despite widely reported disruption to staffing and supply chains, it is a credit to our teams that Greggs has continued to trade well over the third quarter, with two-year like-for-like sales in company-managed shops rising by 3.5% compared with the same period in 2019.

"Growth was particularly strong in August, when a ‘staycation’ effect was evident, and remained in positive territory in September, with two-year like-for-like growth of 3% in the four weeks to 2 October. Delivery sales have continued to develop well, with 943 shops now involved in supplying customers through this channel.”

The future of Greggs depends, at least in part, on how much of a return to the high street and offices takes place. Since the business specialises in food to take out, it does rely on passing trade – and if there are fewer people around, it does less business.

With more and more companies switching to a work-from-home model, one might think that better times for the company may never return. That sort of pessimism does not tell the entire story, though, as stock in Greggs is trading considerably higher than it was after the first lockdown in the UK was announced.

Second, people do not stop eating lunch just because they are working from home. If there is a rise in footfall in suburban areas and towns at the expense of city centres, since it has stores in those places as well, Greggs could potentially do very well. Also, as the company reported, there are 943 branches of Greggs offering deliveries. Therefore, nothing is stopping people who would have grabbed something from Greggs during their office lunch break from ordering something for lunch for themselves while working at home.

Certainly, the overall growth of Greggs compared to two years ago does seem to indicate that conditions are robust. Even though the company does not release its quarterly sales income figures, the fact it is recording a rise of 3.5% from two years ago could be seen as very encouraging, especially when we consider that the same figure in 2020 was around 75% of what it had been in 2019.

In terms of a Greggs stock analysis, investors can be forgiven for assuming the very worst is over.

What Greggs wants to do

In a boost for the Greggs share price news, the business was upbeat about its retail operations, pointing out that so far in 2021 it had opened 84 new shops and closed 16 shops, and was hoping to have 100 more outlets than it had at the end of 2019 by December 31.

Currently, there are 2,146 branches of Greggs, made up of 1,785 company-managed shops and 361 franchised units. In its statement, Greggs added: “Openings in the third quarter have included three drive-thru locations and our first shop in London’s Canary Wharf.”

The company also issued its forward projections, saying it was hoping to beat previous income forecasts unless there was “unexpected Covid disruption”.

On the other hand, the company acknowledged that its outgoings might well go up, saying: “Greggs has not been immune to the well-publicised pressures on staffing and supply chains and we have seen some disruption to the availability of labour and supply of ingredients and products in recent months.

“Food-input inflation pressures are also increasing; while we have short-term protection as a result of our forward-buying positions, we expect costs to increase towards the end of 2021 and into 2022.”

Looking forward, Greggs said it was planning on having 500 shops opening until 8pm by the end of next year. It also said, perhaps more importantly for the Greggs stock forecast, that it was possible it could have an annual revenue of £2.4bn in five years’ time. Whether it can hit this mark remains to be seen, though.

What the markets did

This might indicate that investors are still comparatively optimistic when it comes to the Greggs share price forecast.

Out of seven analysts polled by investing.com, the average 12-month Greggs stock prediction was £3,117.10, which would be up from the opening figure on 5 October by more than 5.8%, while the most optimistic forecast sees the Greggs share price go up by more than 28% to £3,770.

However, there was some room for caution, with the most pessimistic Greggs share price forecast for 2021 and 2022 standing at £2,500, down by a little more than 15%.

Although the company is positive about its future, we still do not know how that future will pan out, nor what the market’s reaction will be. You need to do your own research before you invest in Greggs.

They could, potentially. There seems to be a rough consensus that they will do so.

On the other hand, that consensus is not universally shared. But before you buy shares in Greggs, just remember that prices can go down as well as up, and that you should never invest more money than you can afford to lose.

If you want to buy Greggs shares, you can do so through a range of online and in-person brokers and exchanges. There is no option to buy shares in Greggs on currency.com yet, but we will let you know if and when there is. 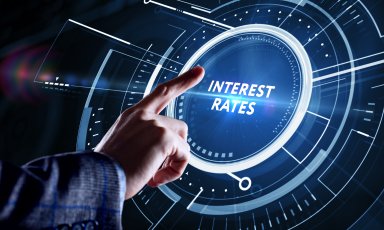 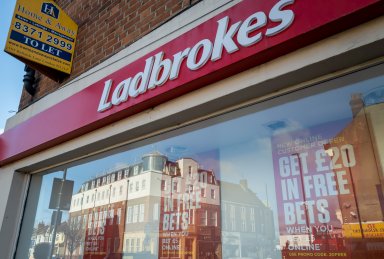