Learn to trade The basics How many ethereum (ETH) are there?

For those who are just starting to get their heads around how cryptocurrencies work, a common question is this: how many ethereum coins are there?

Well, the world’s second-largest crypto has a slightly different set-up from bitcoin. Whereas only 21 million BTC will ever exist, ether’s circulating supply currently stands at 120 million.

How many ethereum exist has a direct impact on price. Generally, the greater the number of coins that are publicly available, the lower its value. That helps explain why Ripple (XRP), which has a circulating supply of 48.05 billion tokens, has never surpassed an all-time high of $3.84, set in 2018.

Like Bitcoin, the Ethereum blockchain currently operates on a Proof-of-Work (PoW) consensus mechanism. However, some big changes are on the horizon.

Ethereum will soon make a big transition to Proof-of-Stake (PoS) – a move known as ETH 2.0. It will make transactions on the Ethereum blockchain much faster and, importantly, it is much greener and less energy-hungry than the PoW mechanism.

The change will also affect how many ethereum can be mined – and how transactions are validated. The transition began at the end of 2020 and is being completed in phases until the summer of 2022.

Is there a maximum supply of ethereum?

How many ethereum coins there are now is vastly different from when the Ethereum blockchain first launched all the way back in the summer of 2015. Back then, about 72 million ETH were in existence. By January 2021, there was a circulating supply of 113.5 million tokens and now there are approximately 120 million.

But there are suggestions that how many new ethereum coins there are will dramatically reduce over time – and this will coincide with the transition from PoW to PoS.

Upgrades are being made that will eventually eliminate the need for miners altogether and this could result in ETH becoming a deflationary asset. With fewer and fewer coins out there for people to buy, prices may appreciate as a result.

How many Ethereum nodes are there?

Another important metric to consider is how many Ethereum nodes there are. One new development in the long-awaited upgrade to ETH 2.0 is staking – which effectively gives people the chance to have a financial interest in the smooth running of the blockchain.

By helping to secure the network, those who run validator nodes can earn rewards whenever they approve transactions – however, they will be penalised if their actions go against the best interests of the network.

Getting involved in staking is a pricey endeavour. At the time of writing, people who want to run their own validator node need to cough up 32 ETH – worth about $85,900 at the time of writing. However, there’s a number of services that allow people to pool their ether and collectively run a node together, with each participant taking a share in the rewards.

How many ethereum (ETH) coins are left?

Figures suggest that more than nine million ETH had already been staked by January 2022 – and collectively had a value of roughly $30bn at the time. The staked ether represents approximately 280,000 active validators, and it’s a number that seemingly continues to grow and further decentralise the network. This might have an effect on ethereum prices in the long term because it takes a substantial chunk of the available supply off the market and locks it into a contract.

Another factor in how many ethereum coins there are relates to the ambitious improvement proposal known as EIP-1559, also dubbed the London hard fork, that came into effect on 5 August 2021.

This controversial measure has resulted in a number of coins being destroyed (or burned) every time the Ethereum blockchain is used to complete a transaction. At the time of writing, 1.98 million ether, or $5.3bn, has been burned by the upgrade – that’s about 135 ETH per hour. It is also hoped the upgrade will make it easier for crypto enthusiasts to figure out how much a payment will cost in advance.

All of this helps create certainty about supply in the future and could put paid to suggestions that the supply of ethereum had the potential to be infinite.

How big is the Ethereum blockchain?

Many crypto investors have been tempted to buy into ethereum because it has developed a track record of outperforming bitcoin. There are several enthusiasts who believe this trend will continue – and some have even set a price target of $10,000 for ETH in the near future.

This may seem far-fetched, but remember that this would involve growth of just over 270% – tame by this digital asset’s standards.

Despite losing some market share to rival networks that offer lower fees and faster transaction times, the Ethereum blockchain is the bedrock of key crypto trends, including decentralised finance and non-fungible tokens (NFTs).

And here is a staggering observation from cryptocurrency analytics company Messari that shows how extensively ETH is used: in the first quarter of 2021, more than $1.5trn in transactions was settled on this network – that’s more than the previous seven quarters put together.

Ramping up demand for ethereum

Looking ahead, something that will be crucial to ramping up demand for ethereum – and encouraging institutional adoption – involves addressing the bottlenecks that currently exist on the network.

Transaction costs have gone through the roof because miners currently prioritise customers who are willing to pay the highest fees. One solution that has been touted by Ethereum’s co-founder Vitalik Buterin (at least until ETH 2.0 launches) are roll-ups. This is a Layer 2 solution that effectively bunches transactions together before they are submitted to the main blockchain, helping to make the network more efficient.

Beyond that, blockchain developers and crypto enthusiasts will have to wait impatiently for the ETH 2.0 launch – known as the Merge – which is expected by the end of June 2022. Part of the upgrade process, the new staking mechanism known as the Beacon Chain, is already up and running. The Merge will take place in the second quarter of 2022, and ETH 2.0 will go live when the Beacon Chain is merged with the mainnet.

This upgrade represents the official switch to PoS consensus, which eliminates the need for energy-intensive mining and instead secures the network using staked ether, promising more scalability, security and sustainability.

The Merge date has already been pushed back, because rushing this upgrade process would be something of a high-stakes move. Any technical hiccups could disrupt transactions worth billions of dollars and affect confidence in the whole network.

And with the likes of PayPal CEO Dan Schulman forecasting that digital assets will play a bigger role in the financial infrastructure of the future, and Visa also beginning to make use of the Ethereum blockchain, there are naysayers who believe that ETH 2.0 may also end up suffering congestion in the not-too-distant future, despite the much faster transaction times of the new mechanism. This could result in the project landing back at square one and having to go through the painful process of scaling up once again.

Remember that cryptocurrencies are highly volatile. Any investment decision should be based on your attitude to risk, your expertise in this market, the spread of your portfolio and how comfortable you feel about losing money. Never invest more than you can afford to lose and keep in mind that past performance is no guarantee of future returns.

How big is the Ethereum blockchain?

The size of the Ethereum blockchain is not fixed – it grows to meet demand. Because of this flexibility, the Ethereum blockchain has become the bedrock of key crypto trends, including decentralised finance and non-fungible tokens (NFTs). For example, in the first quarter of 2021, more than $1.5trn in transactions were settled on this network – that’s more than the previous seven quarters put together.

How many ethereum (ETH) are left?

How many ethereum coins there are left relates to the new proposal known as EIP-1559, also dubbed the London hard fork, that came into effect on 5 August 2021. This controversial measure has resulted in a number of coins being destroyed (or burned) every time a transaction is completed. At the time of writing, 1.98 million ether, or $5.3bn, have been burned by the upgrade at a rate of around 135 ETH per hour. All of this helps to create certainty about supply in the future and could put paid to suggestions that the supply of ether had the potential to be infinite.

Is there a maximum supply of ethereum?

How many ethereum coins there are now is vastly different from when the blockchain first launched in 2015. Back then, about 72 million ETH were in existence. There are suggestions that the supply of new ethereum coins is going to reduce over time – and this will coincide with the transition from PoW to PoS.

How to trade ETH: a beginner’s guide

Who has the most Ethereum?
The material provided on this website is for information purposes only and should not be regarded as investment research or investment advice. Any opinion that may be provided on this page is a subjective point of view of the author and does not constitute a recommendation by Currency Com Bel LLC or its partners. We do not make any endorsements or warranty on the accuracy or completeness of the information that is provided on this page. By relying on the information on this page, you acknowledge that you are acting knowingly and independently and that you accept all the risks involved.
Cryptocurrency Ethereum
АWin-Win
referral programme
Learn more 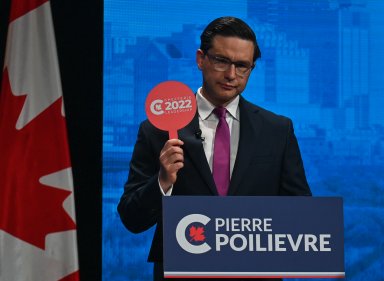