Many people are frantically exploring how to invest in bonds. But how risky are these financial instruments – and is it the right time to do so?

With stock markets taking a hammering and companies cancelling dividends, there’s a growing appetite among people who want to learn how to invest in bonds.

Bonds are often regarded as a crucial component in a diversified portfolio. Investing in bonds effectively means buying debt, potentially from a government or a company. In return, you get interest payments – often on a yearly basis. Then, when the bond matures, its full value is repaid.

So… that’s how to make money from bonds. However, it is worth noting that theory doesn’t always perfectly translate in practice. Although investing in bonds issued by governments is generally regarded as low risk – not least because the economic ramifications would be dire – such levels of safety aren’t guaranteed in the corporate world. Companies have been known to default on high interest bonds before now – and although creditors rarely see their entire investment evaporate into thin air, it’s often the case that they only receive pennies on the pound back.

Here, we’re going to offer an in-depth look on how to invest in bonds. We’ll provide plenty of top tips, look at the state of the market, and cover the technical jargon that you’ll encounter when you invest in bonds.

How to invest in bonds

Before you invest in bonds, it’s crucial to understand how they work. These financial instruments vary hugely – and while some run for just one to three years, others may last for decades. Currency.com

You should also check whether a bond is secured to something. Just like a mortgage is secured to a property – meaning this can be seized in the event of non-payment to a creditor – some bonds entitle holders to certain assets should a default occur. This can give lenders greater piece of mind, but there’s still a sizeable amount of risk.

If you’re looking around for information on returns, remember that the language you encounter may not be what you’re accustomed to. The interest offered when you invest in bonds is often referred to as a coupon rate. Should you ever need to figure this out for yourself, just remember that this is calculated by dividing the annual payments by the bond’s face value. If Rainbow Parrot Industries has issued a £1,000 bond with interest of £70 per annum, the coupon rate will stand at 7 per cent.

There are several places out there where you can invest in bonds, too. Governments including the US actually operate their own websites where their country’s citizens can make purchases. Brokerages are another option, but it’s worth shopping around as some charge rather high commission fees that eat into any profits you may make. In order to diversify further, you may also choose to put your money behind a mutual fund, where you gain exposure to multiple bonds in one place.

Just remember that you may not receive interest payments and a fixed income on a regular basis when you don’t invest in bonds individually. Currency.com

So… what happens if you invest in bonds but want to sell them at a later date? Well, this is where secondary markets come in. This over the counter solution connects sellers with willing buyers – although there can be some considerable fluctuations in the value of a bond in the years after it’s issued.

Risks when you invest in bonds

Before you invest in bonds, there are a couple of things to be aware of.

The coupon rates that you will receive are fixed – and will not be changed over the course of the bond. Currency.com

Let’s imagine that Rainbow Parrot Industries issued a bond with a coupon rate of 7 per cent in 2015 – and released new bonds with a higher rate of 12 per cent five years later. This is great news for people who snapped up the later bonds, but let’s just think about those who own the 2015 batch.

Selling them on a secondary market means buyers would expect to receive a discount on the face value of the bond. To cut a long story short, these instruments are highly susceptible to fluctuations in the base interest rates offered by central banks.

Aside from the dreaded possibility of a company defaulting on their bond, another common risk is that the borrower will repay the principle amount of a bond early. Currency.com

Often, the motivation for doing so is when interest rates have fallen substantially. Instead of servicing high interest bonds, a firm may decide to cut their losses and end the agreement early, meaning investors miss out on gains and struggle to find opportunities with comparable returns in the market.

It’s perfectly understandable that investors want to purchase bonds that offer the most generous returns. However, as with other opportunities on financial markets, sometimes a company can offer something that’s just too good to be true.

Before you make a decision, try and compare the coupon rates of a corporate bond with those offered by other firms in the marketplace. Treat bonds promising higher-than-average interest with a degree of suspicion – and, if possible, delve into their finances to establish how much debt the company has taken on. Currency.com

Ultimately, you want to make sure that their borrowing obligations are sustainable. Think of it like a consumer – owing £200 on a credit card with a £3,000 limit is perfectly manageable, especially if a decent salary is coming in every month. The problems come when an overdraft and three credit cards are maxed out. Interest payments end up eating into this salary unsustainably, forcing the consumer to borrow more in order to service the debt. Sadly, it’s very easy for the same thing to happen with businesses, and bonds can add to the problem.

Although the rates of return may not be as exhilarating, try to invest in bonds of companies that have an established track record. Doing so means that you get an insight into investment grades from reputable credit rating firms – scores that offer a reliable indication of whether a company is trustworthy and likely to meet its commitments.

These scores are formatted like grades in school – AAA means that a business has an immaculate record of paying on time and has the capacity do so do. Ratings then go down a sliding scale. Those in the B range may have a good history, but they could struggle to meet their commitments in the event of an economic downturn (such as one precipitated by, er, the coronavirus). Being demoted to “junk” status can be calamitous for a company as it means that their financing options may narrow substantially.

Make sure you think twice before cashing out your stocks now and plundering your money into bonds – especially if your investment goals are in the long term. Although share prices have fallen substantially, it’s highly probable that they will bounce back in the coming years once the threat of COVID-19 has subsided. A massive rush of cash into the bonds market has meant that returns have plummeted for coveted US Treasury bonds – practically making this the equivalent of buying stock when it’s at an all-time high and about to fall. Patience may very well be the best virtue here, rather than seeking alternatives.

FURTHER READING: Portfolio diversification: What are the pros and cons? 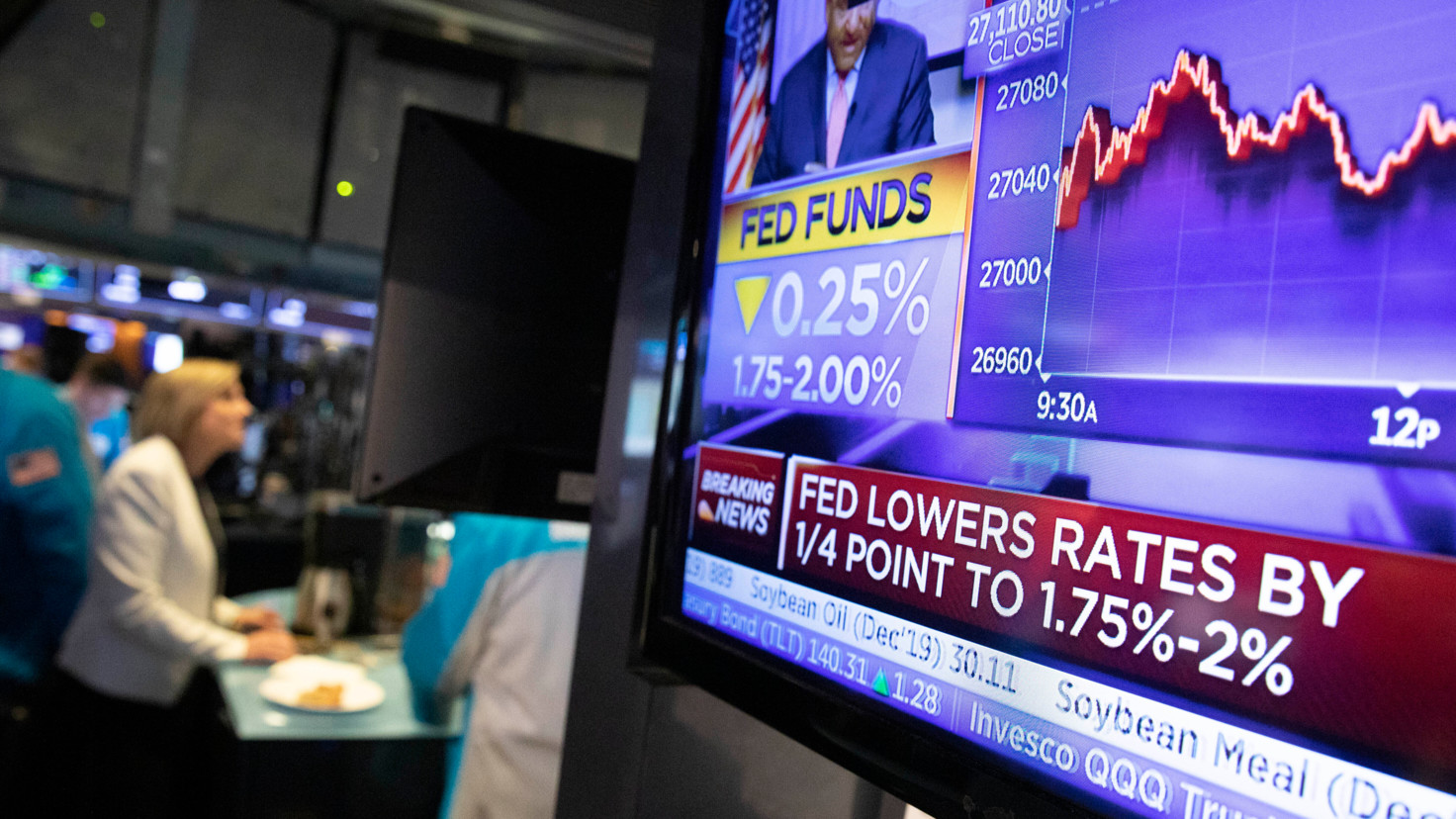 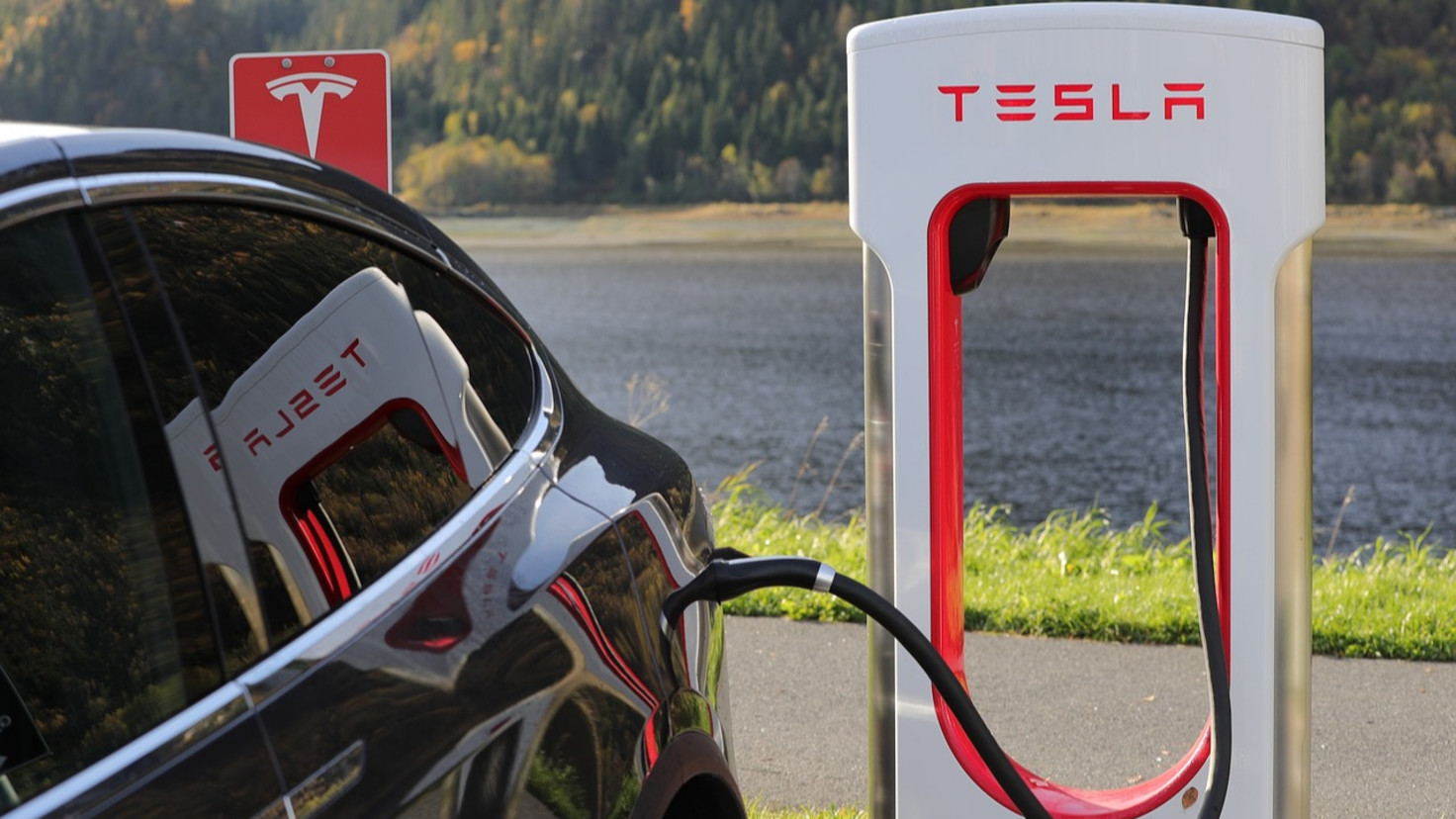 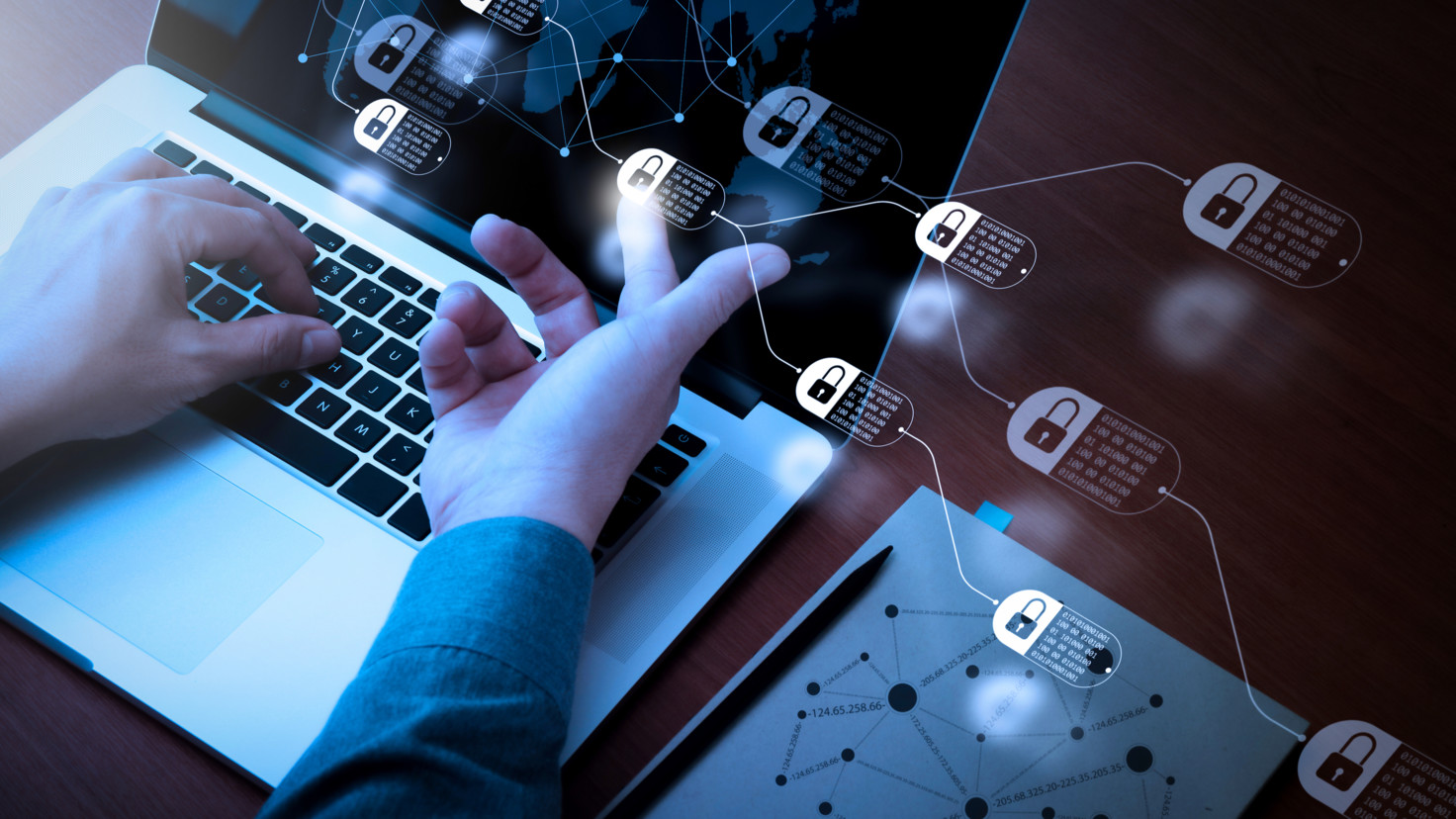 Should you invest in blockchain? Some important tips to bear in mind 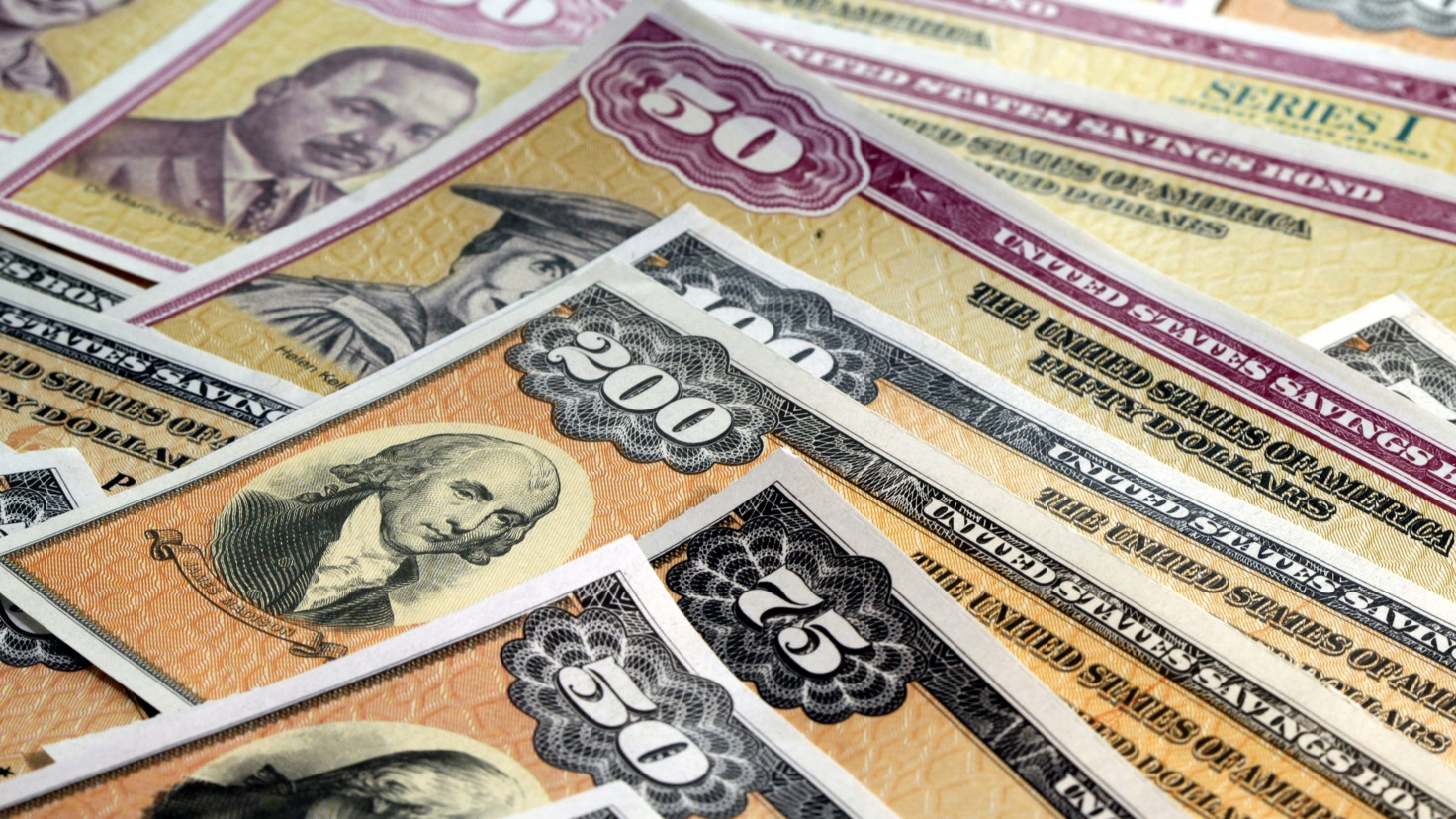 How to invest in government bonds: the ultimate guide