The group chief executive for HSBC, the largest European bank, has come out in favour of central bank digital currencies (CBDCs).

In his article ‘New forms of digital money could spur growth’, Noel Quinn details the advantages CBDCs can bring to the economy and financial systems as well as the difference between CBDCs and cryptos and stablecoins.

Quinn describes CBDCs as “legal tender backed by a central bank or government authority,” resulting in them being both transparent and stable. Numerous countries are currently looking into or actively developing them.

Quinn also argues that CBDCs can “fuel innovation in the financial sector” and are “likely to lower the cost of issuing and trading bonds and other securities”. Additionally, they may also “help with fiscal and monetary policy objectives” as they could offer a way of making “direct transfers to consumers to stimulate demand”.

However, the HSBC chief executive also outlines the risk a CBDC can bring, such as ensuring they are “safe, efficient, and genuinely transformative”. Quinn believes that central banks and public authorities must think about the impact CBDCs may have on the supply of credit, market activity and financial stability.

The model used for CBDCs

The HSBC chief executive says that the model used for a CBDC is essential. HSBC, he says, believes a hybrid model (two-tier model) is best. The Bank for International Settlements (BIS) describes the hybrid model as a combination of a central bank having a claim to the CBDC and the private sector issuing advice regarding it.

Quinn believes this is the best way forward, as a CBDC acts “as a claim against the central bank but commercial banks provide the payment services and account management activity.” This, he says, makes the two-tier model “the best design option”.

An advantage of this method is that the central banks avoid the need to set up “new account management infrastructure”, allowing commercial banks to continue to play their integral role lending to the economy.

The HSBC chief executive also outlines how the G20’s current work on cross-border payments will help make sure CBDCs can be used internationally, “maximising the benefits they might bring to customers”.

The main difference between CBDCs and cryptos and stablecoins, according to Quinn, is that the latter are both forms of private money, which is “nothing new”. However, as a CBDC would be anchored by a central bank, it would be closely regulated.

Quinn argues that if cryptos and stablecoins are to become relied on in a similar way to CBDCs in the future, then regulation is required.

HSBC is already working with the central banks of the UK, France, Canada, Singapore, mainland China, Hong Kong, Thailand and the UAE in regard to how a CBDC can work best in their country.

The chief executive said: “HSBC looks forward to helping our customers benefit from this next wave of financial innovation.”

Further reading: HSBC and Citibank are among the 15 selected for MAS CBDC 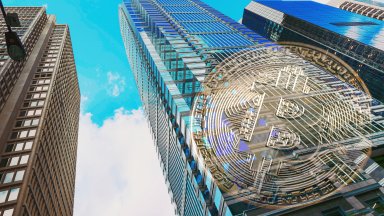 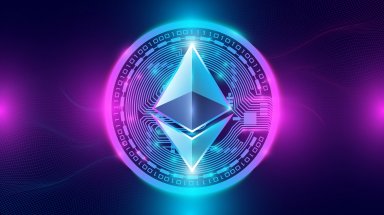