Learn to trade The basics Is VR/AR technology something to be excited about?

Is VR/AR technology something to be excited about?

VR/AR technology currently has limitations – but as tech giants continue to pour cash into research and development, all of that might be about to change.

Virtual reality technology and augmented reality technology are shaping up to be the next big battleground for tech giants. The level of investment going into these technologies is unprecedented. Given the levels of risk associated with them (they may not work, and consumers may not want them), it’s not surprising that the world’s biggest companies are leading the way when it comes to research and development.

Let’s remind ourselves of what sets virtual and augmented reality apart. VR is about creating an immersive virtual world – almost like watching television – while AR layers graphics, pictures, text and data on top of the real world, so those digital elements are almost part of the physical landscape.

So far, many virtual reality projects have had limitations, not least because they have to be attached to a computer. But the VR market is becoming more sophisticated, and products that fully deliver an untethered experience – leaving the user free of wires and able to move around fully – are emerging.

Oculus, acquired by Facebook in 2014, recently unveiled a portable all-in-one VR, complete with a 32GB or 64GB hard drive. It works off a WiFi connection and connects to a mobile app. This type of VR project is a crucial stepping stone for the future. In years to come, virtual reality products will become much more lightweight – so using one of these devices could be as effortless as slipping on a pair of spectacles. This could be like the first mobile phones – at first they were clunky and even required their own briefcase, but experimentation and competition paved the way for the compact, powerful devices in our pockets today.

How augmented reality technology is evolving

Many AR projects have been stymied by the limited field of view for those wearing the headsets. This affects overall image quality, and how big the pictures appear when equipment is worn. The industry is still a long way from offering imaging capabilities comparable with our eyes. Microsoft is addressing this through its HoloLens 2, which expands the field of view substantially from its predecessor.

Apple is rumoured to be preparing to throw its hat into the ring with an AR headset and glasses. Details are sketchy but gossip sites suggest it could be controlled by touch panels, head gestures and voice activation – and tethered to existing smartphones to ensure it is lightweight. Some potential features include virtual meeting rooms, and the ability to play videos with 360-degree vision. There have been conflicting reports on when such technology will launch – some have forecast a debut in 2020, while others believe 2022 or 2023 is more likely. Whether that leaves Apple struggling to catch up with other AR projects remains to be seen.

The future of VR/AR technology

To know where the VR market is heading, and anticipate which AR projects might be on the horizon, one of the most valuable sources of information are specialists in charge of developing this technology. XRDC, one of the industry’s main conferences, polled 900 developers in summer 2019 for their insights on what’s next for VR/AR technology.

The survey showed that currently most developers (59 per cent) are working on games, while 38 per cent focus on entertainment. Education, training, enterprise and healthcare featured prominently on the list. Many projects are being developed on Oculus devices.

As to the challenges ahead, one might be to create VR/AR technology that can survive commercially. Only 11 per cent of those polled had a product that is currently profitable – and 50 per cent said returns may only be realised in the medium to long-term. And 6 per cent never expect their project to become profitable.

Hurdles for the VR market include levels of comfort for users, as well as poor battery life that makes the technology impractical for prolonged use. Complicated set-up procedures can also be a turn-off for users. Interestingly, 76 per cent of those questioned believe augmented reality will eventually have a greater market share than virtual reality – but there are concerns that major corporations are hoovering up a lot of the funding available for innovation, preventing smaller outfits from showing what they can do.

Expect VR/AR technology to play an increasingly prominent role – the industry is still in its infancy. But given that the hardware and software is constantly evolving and improving, some of its biggest products, services and uses probably haven’t even been thought of yet.

FURTHER READING: 5G explained: How different is it from 4G, and when will it arrive? 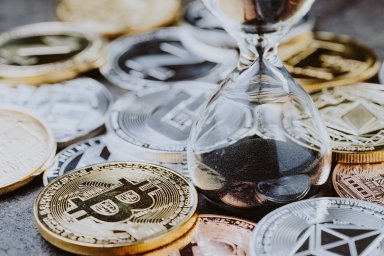 What is CroNodes (CRN): Crypto investing for casual users 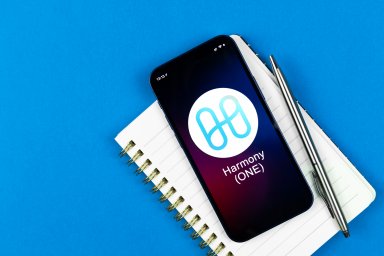