Crypto adoption is increasing in Latin America, accelerated by the COVID-19 pandemic

Since El Salvador made history by becoming the first country to make bitcoin legal tender, crypto adoption has been increasing in Latin American countries, accelerated by the COVID-19 pandemic.

According to research on the evolution of cryptocurrencies in Latin America, published in Sherlock Communications’ Blockchain Latam Report 2021 and based on surveys of the populations across the region, diversification of investment portfolios is the number-one reason Latin Americans invest in cryptocurrencies.

The protection of assets from inflation and financial instability is the second main reason. However, over three-quarters of respondents are more interested in investing in cryptocurrencies as a result of the economic crisis triggered by COVID-19.

Ricardo Salinas Pliego, Mexico’s second-richest man, is also credited with increasing bitcoin’s popularity. He revealed in an interview in December 2020 that he first bought bitcoin back in 2013, and described it as the best investment he ever made. He added that around 10% of his liquid portfolio is held in bitcoin.

However, it is still primarily for elites and members of the upper-middle class who can afford to dabble in cryptocurrencies. Findings from the 2021 report stressed that lack of cash and knowledge were the two top reasons cited by people across the region when asked why they might be reluctant to invest in cryptocurrencies, together with poor Internet connection in some areas.

However, as the crypto trading volume is increasing, financial institutions and governments are also increasingly introducing tariffs and taxes on crypto assets.

According to the report findings, banks interested in offering custody and crypto financial services – such as the lending of crypto assets – may have to withhold a percentage of those assets as a reserve on their balance sheet.

Moreover, the Sherlock Communications data shows that in some Latin American countries, because cryptocurrencies are largely considered assets, investors are subject to a 15%–22.5% fiscal imposition, with Brazil reporting the highest levy rate.

Blockchain seen as “the trust protocol”

The perception of bitcoin and other cryptocurruencies as a major part of the blockchain ecosystem has led the growth in Latin American countries’ adoption of cryptos as citizens realised they could shift money from their own diminished local currencies to a safer, more valuable haven.

“Blockchain is known as the trust protocol. Latin Americans typically experience higher prices or currency devaluation due to a societal lack of trust. It is great to see how the ecosystem has matured since December 2020, and we expect this trend to continue,” said the researchers.

As the research showed, blockchain applications are starting to gain traction and make an impact on the Latin American society and lifestyle. Complementary currencies are used in Brazil and Costa Rica to help communities achieve their collective goals, while Colombia and Chile are undertaking projects that use blockchain to enhance public-sector transparency.

Venezuelans are using cryptocurrencies to lower the cost of their remittances. Non-governmental organisations (NGOs) are receiving humanitarian aid in the form of stable coins as the country recently adopted the digital Bolivar issued by the Maduro regime to circumvent United States sanctions. De-Fi (decentralised finance) services are growing fast, promoting financial inclusion throughout the entire region.

Bitcoin, the most popular crypto

When survey respondents were asked to identify which cryptocurrencies they knew, bitcoin emerged as by far the most recognisable brand, cited by 85% in the region. Recognition of bitcoin was highest in Brazil (92%) and lowest in Chile (74%). Ethereum and Litecoin were the next best-known cryptos in the region.

After El Salvador, which recently introduced some 200 cash machines, Colombia now has more bitcoin ATMs in operation than any other Latin American country – 60 in total.

“Naturally, as prices hit all-time highs, a broader part of the Latin American population wants to surf this wave and participate in the crypto markets. Education and user experience are still major obstacles to mass adoption, but when savings are on the line, embracing new technologies becomes much more attractive,” said the researchers.

Further reading: US sanctions Venezuela as it issues Digital Bolivar 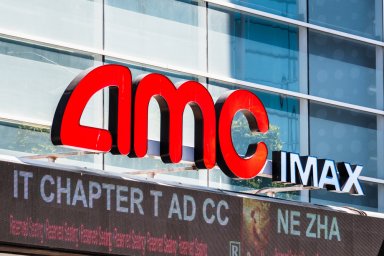