In its revised whitepaper published last month, the Libra Association signalled its intention to work with, rather than challenge, nation states and their current dominance over the monetary system. The appointment on Wednesday of Stuart Levey as its new CEO is yet further evidence of the consortium’s shift in direction.

Libra Association recognised in April the widespread concern and anger felt by politicians and regulators around the world that Libra could “interfere with monetary sovereignty and monetary policy if the network reaches significant scale and a large volume of domestic payments are made in LBR.” It stated: “We are therefore augmenting the Libra network by including single-currency stablecoins in addition to LBR."

With the appointment of the former first under-secretary of the US treasury for terrorism and financial intelligence during the Bush and Obama administrations, the 0'>Facebook-led consortium will hope to avoid the suspicion and vituperation it aroused following Libra’s launch in 2019.

Katie Haun, general partner at the venture capital firm and Libra board member Andreessen Horowitz stated: “This unique experience allows him [Levey] to bring a wealth of knowledge in banking, finance, regulatory policy and national security to the Association and strike the right balance between innovation and regulation.”

Levey is currently serving as chief legal officer at HSBC. Speaking of his new appointment, he stated: “Technology provides us with the opportunity to make it easier for individuals and businesses to send and receive money, and to empower more than a billion people who have been left on the sidelines of the financial system, all with robust controls to detect and deter illicit financial activity. I look forward to working closely with governments, regulators, and all of our stakeholders to realise this vision.”

Libra had planned to launch by the end of June, but is now hoping to do so between mid-November and the end of 2020. 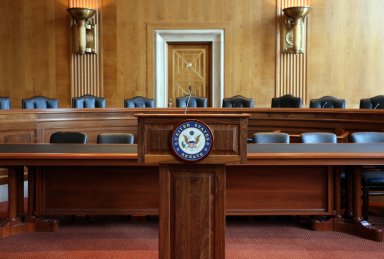