The big breaking cryptocurrency news in May, without question, was the Bitcoin halving. This is only the third time in the cryptocurrency’s history that block rewards have been slashed – and it now means just 900 BTC a day is making its way into the ecosystem. Following past events in November 2012 and July 2016, Bitcoin prices slumped initially before surging substantially in the 12 to 18 months afterwards – and this is why the event has caused so much excitement.

Here, we’re going to cover the latest cryptocurrency news that dominated the headlines in May. From Bitcoin’s battles to crack $10,000 to the Telegram Open Network being abandoned, and from the Calibra wallet’s rebrand to tantalising new details about Ethereum 2.0, there’s so much to discuss.

We’ll start by looking at how the crypto industry has performed. When it comes to the overall market cap, there was some upward movement from $245bn on 1 May to $256bn at the time of writing. (However, this is about $15bn off the highs we were seeing in the middle of the month.)

As we mentioned earlier, BTC has faced an uphill struggle as it attempted to return to five-figure territory – and according to data from CoinMarketCap, highs achieved in May fell cruelly short of this all-important psychological milestone. The peak of $9,996.74 was just $3.26 short – and in a sign that $10,000 will prove to be a very stubborn resistance level, the bulls were rejected on more than one occasion.

The first surge to $10k actually began on the weekend before the halving took place – triggering a nasty correction late on Saturday 9 May. It took just 15 minutes to fall 8.6 per cent from $9,514 to $8,696, with exasperated investors reporting outages on major exchanges such as Coinbase.

Massive sell-offs are common at this time in Bitcoin’s cycle, but they usually happen about two weeks after a halving has taken place, not before. As a result, when block rewards were slashed to 6.25 BTC on 11 May, there was some optimism that there wouldn’t be another “halving dump”. Unfortunately for BTC diehards, another slump of 4.7 per cent came on 21 May, with prices grinding down as low as $8,719.67 as the month drew to a close. 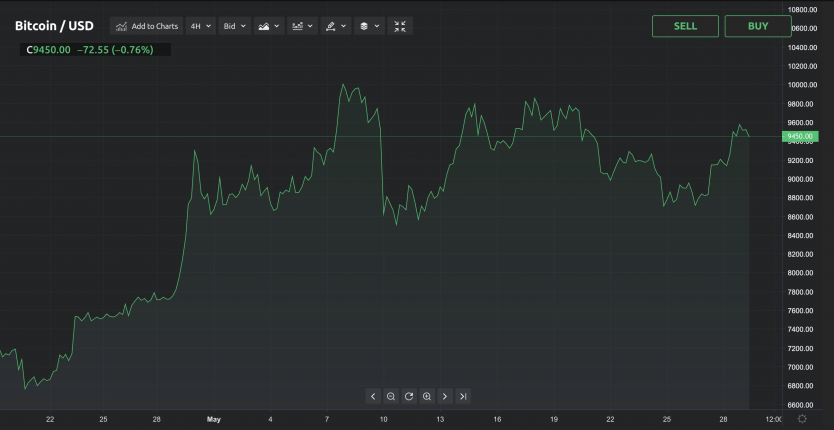 Of course, the latest breaking cryptocurrency news about Bitcoin moved swiftly on once the halving had taken place, but there were a few lingering concerns. Miners are among those who were hit hardest by the event. Not only has it become more difficult to generate more BTC, but costs have also soared – making it unsustainable to continue, especially for those with older pieces of equipment.

Metrics have also reacted in other ways. Bitcoin’s average transaction fee had stood at $2.84 at the start of May, but this surged to dizzying highs of $6.65 by 20 May. These figures tell a tale of network congestion, meaning that there was a huge backlog of transactions waiting to be processed. The real worry here was that BTC users, disgruntled by the delays they were facing, could end up being tempted into switching to altcoins where things move more quickly. Thankfully, the end of May saw this average drop all the way back down to $2.40.

Perhaps the biggest breaking cryptocurrency news aside from the halving concerned the mystery surrounding some Bitcoins that were moved for the first time in 11 years. This BTC was mined in February 2009, just a month after the mainnet launched. Speculation quickly grew that Satoshi Nakamoto, Bitcoin’s pseudonymous inventor, may have been behind the transfer. Analysis later suggested that this was unlikely – with one telling Cointelegraph there “could be a million possible reasons”, including an early adopter rediscovering a lost hard drive.

News early in the month that Bitcoin had managed to outperform every mainstream asset in 2020 – including bonds, gold and the stock market – undoubtedly fuelled renewed levels of interest from institutional investors. Paul Tudor Jones, the American billionaire who famously predicted the Black Monday crash in the 1980s, sensationally announced that he was buying Bitcoin as a hedge against inflation. In a note to investors, he added: “The best profit-maximising strategy is to own the fastest horse… If I am forced to forecast, my bet is it will be Bitcoin.”

Crypto fund managers have also been stepping up their efforts – especially Grayscale Investments, which is owned by the Digital Currency Group. Analysis on Twitter by Kevin Rooke appeared to show Grayscale had bought 18,910 BTC (worth $178 million) since the halving had taken place, a stat that’s made all the more remarkable considering just 12,337 BTC had been mined at the time of his analysis. “Wall Street wants Bitcoin,” Rooke added.

Well… not all of Wall Street. Goldman Sachs has sensationally put the cat amongst the pigeons by declaring to investors that Bitcoin is not an asset class, and that the cryptocurrency may not be the hedge against inflation it has been heralded as. One damning sentence read: “We believe that a security whose appreciation is primarily dependent on whether someone else is willing to pay a higher price for it is not a suitable investment for our clients.”

One thing that’s undeniable is that interest and awareness of Bitcoin is growing. Even the likes of JK Rowling, the author of the Harry Potter series, recently asked her millions of Twitter followers for an explanation of how it works. And some exchanges, such as the British platform Revolut, have recently seen a 68 per cent rise in the number of app users who are trading crypto assets.

The latest figures from Bitinfocharts suggest there are now 30 million wallets holding Bitcoin, and 90 per cent of them hold less than $1,000. Just 2.7 per cent have a balance that exceeds 1 BTC. Aside from the whales who have dominated the industry since the very beginning, is a new elite forming? 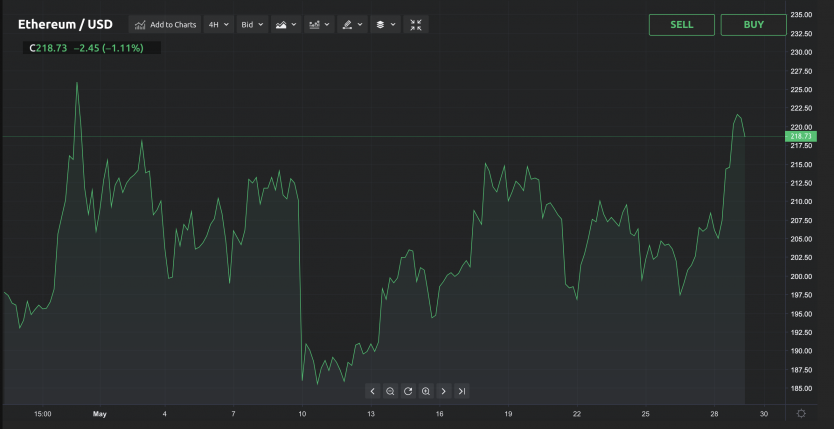 Next in our round-up of May’s breaking cryptocurrency news, let’s focus on the second-largest coin in terms of market cap: ETH.

There’s a substantial amount of excitement surrounding Ethereum 2.0, the second iteration of its mainnet, which is scheduled to launch in the summer. This will mark a significant shift from Proof of Work to Proof of Stake. Transactions are no longer going to be validated based on who solves complex mathematical puzzles – instead, this task will fall to users with the greatest wealth. Some pundits believe that the upgrade has the potential to trigger a bull run for ETH prices, potentially helping it to recover some ground lost to Bitcoin in recent years.

Ethereum co-founder Vitalik Buterin has been giving us an insight into how its ecosystem will look once the consensus mechanism has been given a face lift. One big change could concern the number of new ETH that enters circulation. Whereas 4.7m ETH currently makes its way into the market a year, this could fall to a maximum of just 2m ETH going forward – that’s down at least 57 per cent.

When it comes to decentralised finance, MakerDAO made a big announcement that has the potential to bring substantial amounts of new capital onto the Ethereum blockchain. The Maker Foundation unveiled plans to accept Wrapped Bitcoin as a form of collateral for crypto loans – essentially an ERC-20 token that is backed on a 1:1 basis with BTC. Figures from DeFi Pulse show it has become exceedingly popular over recent weeks, and the total value now locked in WBTC stands at $36.1m. This is an all-time high, and an increase of 270 per cent from the start of May.

Another big development saw the encrypted messaging platform Telegram announce that it was abandoning the Telegram Open Network. The company has been embroiled in a long-running dispute with the US Securities and Exchange Commission over the controversial sale of Gram tokens.

Telegram had initially said that the launch of TON was going to be delayed until April 2021 while its legal woes were ironed out. Investors were given an option of receiving a 72 per cent refund of their capital now, or waiting a year and getting 110 per cent back. Many had appeared to go for the first option.

But by mid-May, the game was up. CEO Pavel Durov wrote a furious blog post taking aim at the US courts – accusing them of undermining the sovereignty of other countries that had taken an interest in what TON had to offer. Announcing that the quest for decentralisation would now fall to the next generation of entrepreneurs and developers, he added: “Unfortunately, we – the 96 per cent of the world’s population living elsewhere – are dependent on decision makers elected by the 4 per cent living in the US.”

Last but not least, let’s wrap up our look at the latest crypto news by briefly bringing you the main stories concerning other cryptocurrencies with a smaller market cap.

First up, we have a big blow for XRP, which has now officially lost out on its long-held status of being the world’s third-biggest cryptocurrency. That position has now been overtaken by Tether (USDT) after billions more stablecoins entered circulation.

Elsewhere, Reddit announced that it was changing the way that its users receive rewards and recognition whenever they make contributions to the social network. “Community Points” are now going to be delivered in the form of ERC-20 tokens that are completely independent of the company. This new system is being trialled in two subreddits – one about cryptocurrency, and the other about the video game Fortnite. If it’s expanded further, it could be a major milestone for crypto adoption.

Facebook’s controversial Libra project appears to be picking up pace again. It has now been announced that Calibra, the wallet that will be used to store digital currencies, is being renamed Novi in an attempt to avoid confusion.

One of the best-performing cryptocurrencies of the month has been TFUEL, the native token of the blockchain-based streaming platform Theta. That came after Samsung announce that the service would be pre-installed on 75 million smartphones in its Galaxy range. TFUEL was trading at just $0.002 at the start of May but almost broke $0.02 in the space of four weeks – a rise of 900 per cent. Prices have since started to cool.

Meanwhile, China has stressed there is no official launch date for the digital yuan, the central bank digital currency that’s being put through its paces in several cities. eMusic launched the eMU token, which aims to give artists a greater share of the revenues generated whenever their songs are sold. There was a big blow for the privacy coin Zcash when it emerged that 99.9 per cent of transactions are actually traceable because users are failing to use its features properly, and Tezos became available across 10,000 convenience stores in France.

And there you have it – May’s latest crypto news. The question on everyone’s lips now is this: what will June have in store, and will it see Bitcoin finally commence a long-awaited bull run?

Voyager Token price prediction: What next for VGX? 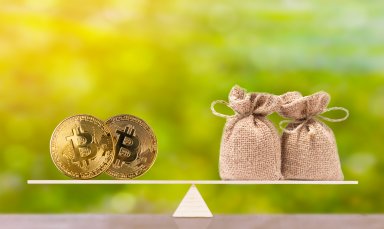 Nexo price prediction: What’s next for the lending platform? 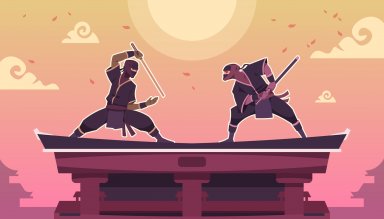 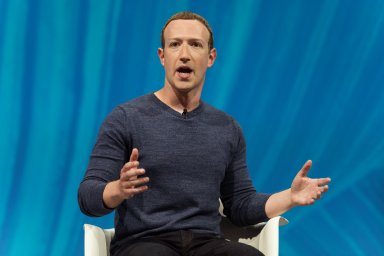