News&Features Features
MU stock forecast: Where next for chip giant?

MU stock forecast: Where next for chip giant?

The firm is busy battling the microchip shortage, but what is the Micron stock forecast?

The semiconductor manufacturer Micron, one of the most important technology companies in the United States, might be expected to do well in a time of global microchip shortages.  After its latest financial results, can we make a Micron stock forecast?.

What is Micron and what does it do?

The company, based in Boise, Idaho, is the only US manufacturer of computer memory and data storage. The whole technology sector is in the grip of a chip shortage, which is affecting both consumers and businesses, driving up prices and having an impact on the production of everything from cars to consumer electronics.

Micron’s memory chips are found in smartphones and computing devices, as well as the equipment that powers data centres. The shift to staff working from home as a result of the Covid-19 pandemic saw laptop sales surge as businesses invested in tools for remote working. Conversely, the growth in computer hardware sales was matched by a fall in car production, which led to a shortage of chips when motor manufacturers reopened following local lockdowns. This would have had an impact on the contemporary MU stock forecast.

Earlier this year, Micron was in a pretty good place. The boost from computer sales had helped the Micron share price hit new heights and there was a feeling that both the growth of 5G technology and the boom in electric vehicles should keep its products in demand.

What made this set of results particularly interesting was that, according to The Street, they beat the forecast made by analysts. Experts had expected the company to bring in revenue of $8.23bn, with earnings per share standing at $2.33, in what had to be a boost to the MU stock forecast.

The company makes NAND memory chips for the data storage market and DRAM memory chips that are widely used in data centres and personal computers. In the most recent quarter, DRAM accounted for 74% of total revenue and NAND earned the company 24%. For the four months ending on 31 August, DRAM generated $6.1bn and NAND $2bn, with DRAM experiencing a 39% year on year rise and NAND going up 29% year on year.

Micron also said it would be able to pay its shareholders a quarterly dividend, with the first payment of $0.10 per share coming in October.

Despite those upbeat results, there have been dark clouds on the horizon. During the earnings call accompanying the latest quarter’s results, the company said that its overall growth would slow down in the coming quarter, with revenue coming in at between $7.45bn and $7.65bn and earnings per share between $2 and $2.20. This was less than experts had been predicting – they had forecast revenue over the coming months to reach $8.54bn and earnings per share to be $2.53.

The company’s chief executive, Sanjay Mehrotra, said In a series of prepared remarks during the earnings call that he was ultimately optimistic about the future for Micron, saying that the rest of 2021 should prove to be a “strong year”. Looking forward, Mehrotra said: “Overall, our preliminary view is that calendar 2022 industry bit demand growth will be consistent with long-term industry bit demand growth compound annual growth rates (CAGRs) — in the mid to high teens for DRAM and approximately 30% for NAND. We anticipate underlying demand in calendar 2022 to be led by increasing data centre server deployments, 5G mobile shipments and continued strength in automotive and industrial markets.

“Additionally, non-memory supply shortages that are constraining customer builds across various end market segments and that are pushing out some demand should ease throughout 2022, supporting demand growth during the year. Given prudent industry capex and very lean supplier inventories, we expect healthy industry supply-demand balance and robust profitability.”

Reuters reported that analysts were wondering whether the forecast slowdown would be “a speed bump or the start of a period of extended weakness”, adding that how quickly the matter would resolve itself was a key test for the company and, by extension, the Micron share price.

What the markets say

As far as the markets were concerned, the cautiousness with which Micron approached the near future was bad news. Six months ago, on 12 April, the company's shares reached an intraday and 52-week high of $96.96. While this was the absolute peak of the Micron share price, things had been building up for a while and continued to be very encouraging for the next month as the price settled itself in the top half of the $80 to $90 range. The price then went down from there, however, and hovered around the $80 mark for the next few months before it reached $69.04 intraday on 19 August, its lowest point of the year to date. The price then recovered a little, trading in the low $70s until 28 September when, before the Micron quarterly results were released, it stood at $73.10. The pessimistic short-term outlook expressed in the results caused a lot of negativity in the market, however, and, when trading opened in the morning on 29 September, the Micron stock price had dropped a little over 2.65% overnight to open up at $71.16.

Looking forward, the Micron stock forecast is tending towards the positive. At the time of writing, a survey of 28 analysts by CNN Money found a median 12-month Micron share price forecast of $109, up by almost half from where it stood at close of trade on 28 September. The most optimistic Micron stock forecast for 2021 and 2022 saw it reach $165, up more than double, while even the most pessimistic saw a small rise, with the Micron stock price up 2.5% to $75. Meanwhile, out of 32 experts who were asked for their recommendations, an overwhelming majority, 27, suggested buying Micron stock. One said Micron would outperform expectations, while a further four said the best thing to do was to hold onto it for the time being. No one said the stock would underperform and there were no recommendations to sell Micron.

Of course, analysts don’t always get things right and past performance is no guarantee of future results.

There’s no sure answer to this question. It all depends on whether you think the company can weather the storm of the global semiconductor shortage and, if so, how quickly it will recover. Your decision will also depend on your personal investment goals, the make up of your portfolio and your attitude to risk. Regardless, you need to do your own research before you invest.

It might. The forecasts we’ve seen are positive but do remember that these predictions are often wrong. Overall, you need to remember that prices can go down as well as up and never to invest more money than you can afford to lose.

It is difficult to settle on a MU stock forecast for 2025 with any confidence. It's a fairly long time away and anything could happen in the meantime.  That said, LeoProphet says it could be about $137.18 in September 2025 and PandaForecast says it will be somewhere in the region of $134.62. You do need to take these predictions with a pinch of salt, though, because forecasts, especially long term ones, are very often wrong.

Currency.com offers the opportunity to buy with leverage, with easily defined stop losses and limits to close positions at a specified price. But while leverage will allow you to make bigger profits if a stock goes up, it will also magnify your losses if the price goes down.

Micron Technology, Inc.
Trader sentiment (on leverage)
Daily change
67.79
Low: 67.79
High: 67.93
Sell 67.79 Buy 68.11
Sell 67.79 Buy 68.11
The material provided on this website is for information purposes only and should not be regarded as investment research or investment advice. Any opinion that may be provided on this page is a subjective point of view of the author and does not constitute a recommendation by Currency Com Bel LLC or its partners. We do not make any endorsements or warranty on the accuracy or completeness of the information that is provided on this page. By relying on the information on this page, you acknowledge that you are acting knowingly and independently and that you accept all the risks involved.
$50
WELCOME BONUS
Sign up 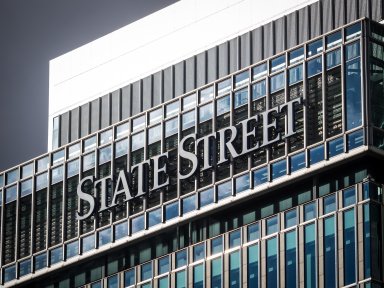 STT stock forecast: Is it worth investing in? 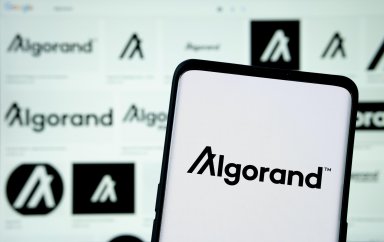