Right now, musicians are selling non-fungible tokens (NFTs) for millions of dollars. But are they really a profitable investment?

Non-fungible tokens (NFTs) are fuelling a revolution in the music world, with an increasing number of artists wanting to get a slice of the action. Korean pop band BTS were latest to join in with the announcement of photocard NFTs based on the singers.

It is clear there is strong initial demand, however the reselling market is still emerging. This will be a key element to determine whether it is worth buying from an investor’s perspective.

What do NFTs mean for music? And just who is buying them?

Musicians are selling NFTs as an alternative source of income and these are ranging in the types of media used. Canadian singer Grimes sold a digital-art NFT earlier this year, while Kings of Leon released their latest album as an NFT.

The Libertines’ drummer Gary Powell released his own NFT artwork collection in September and discovered two different markets. His NFTs are attracting fans of his previous work and those looking to make a profit.

Said Powell: “There is an ideology of somebody having something of mine that then becomes rare [and] that then can be seen as something of almost archaeological worth.” His two different audiences are highlighted in the price points of his NFTs, which range from £10 to £1,000.

Added Powell: “What I’m trying to do is make sure that there’s a price mark for the people who are fans of the work I’ve done beforehand and who are at least intrigued by what we’re doing.”

However, research from Water and Music found that music NFTS are generally aimed more towards crypto investors rather than fans who may not know what a music NFT is.

The average selling price for auction pieces sold was $69,957.22, while fixed pieces saw an average price mark of $684.71. The report declared: “This economy is financially out of reach for the vast majority of fans.”

It also pointed out that there is a high barrier to entry for fans as they are unfamiliar with how music NFTs work. This is because NFTs are developed for people who are already familiar with the technicalities of cryptocurrency.

The secondary market for music NFTs

It is clear from the high-value sales that there is a strong primary market for music NFTs. But a secondary market will be necessary to showcase its worth to prospective investors.

Max Shand, founder of music NFT marketplace Serenade, said: “We’re seeing a healthy secondary market emerge where people are getting in very quickly and getting some of the rare goods on the website, and subsequently selling them for a profit.”

He points to the electronic duo Jungle, which saw its music NFT being resold for two to three times the original price. However, Shand warns that it is still “early days in terms of how that secondary market really creates liquidity and ensures that there is this upward price movement”.

There are many examples of music NFTs that have lost value on the secondary market. The artist Grimes sold two exclusive NFTs entitled “Earth” and “Mars” – each costing $7,500 – on Nifty Gateway. The last time they were sold, both pieces were under the $1,500 mark.

How do music NFTs work? And how does this apply to investors?

There are multiple different routes when looking at how to make music NFTs, which also means there are different ways for investors to make a profit. Security NFTs (S–NFTs) combine blockchain technology with the fixed-income nature of securities. Fans and investors can fund music for a share of the royalties.

The way the transaction typically works is by investors buying a portion of the music rights through the company that owns the song. This ownership is represented by an NFT, which is also how returns are distributed.

This type of investment is still relatively new. The investing platform Republic, one of the first to use it, has only launched one S­­–NFT so far.

Fundraising for the single “Mona Lisa” by Lil Pump went live on 4 November, with each security costing $100, and it has already raised its $500,000 target goal. The song will be released by the end of 2021, with 50% of the royalties split proportionally among investors every quarter afterwards.

It is challenging to work out when investors will see a return on their money, however. This is because the royalties come from many sources – including streaming, downloads and TV broadcasts.

Republic does supply background information on the song, including revenue from previous songs. For example, Lil Pump’s most popular song, “I Love It”, made $5m from streaming.

Musicians have been struggling to generate revenue from their tracks ever since the rise of streaming. Ivors Academy found that eight out of 10 music creators earn less than $200 from streaming a year, while three major record labels make $19m a day from streaming.

NFTs are levelling the playing fields between musicians and record labels, as now artists can raise their own income independently. Powell filmed himself playing drums in his home studio and sold it as a NFT for $1,000.

But Powell thinks NFTs as a lucrative source of income for musicians will not last. He said: “I think [record companies] will clock on to it and then they’ll try and monetise it. As soon as it becomes monetised, we’ll end up within the same realms of conventionality that we are in now.”

Powell is also sceptical on how popular these will become – he thinks music NFT sales will “never even come close” to physical merchandise. He says the “ritualistic” element of buying vinyls and their physical nature is gone for good, although some sources cite a vinyl revival among some collectors. However, Powell admits NFTs are bringing an interesting modern-day variation on the vinyl theme.

Yes, they can be. Republic allows musicians to raise money for songs by selling percentages of royalty rights through NFTs. Even albums can be NFTs, as the Kings of Leon sold their latest ablum release as a token.

Artists can use platforms like Nifty Gateway, Serenade or OpenSea to sell NFTs (actually, there are several platforms for this; see here for a list of the top 10). These sites handle the technology and distribution of the NFTs, leaving the musicians to do what they do best. It can be as simple as uploading the art or music, choosing a blockchain and clicking mint.

There are multiple platforms that allow fans and investors to buy music NFTs. Grimes sold her latest NFTs on Nifty Gateway and Kings of Leon used OpenSea; alternatively you could try Serenade, among others.

Remember, you should always do your own research before investing and should never invest more than you can afford to lose.

What are non-fungible tokens (NFTs)?
The material provided on this website is for information purposes only and should not be regarded as investment research or investment advice. Any opinion that may be provided on this page is a subjective point of view of the author and does not constitute a recommendation by Currency Com Bel LLC or its partners. We do not make any endorsements or warranty on the accuracy or completeness of the information that is provided on this page. By relying on the information on this page, you acknowledge that you are acting knowingly and independently and that you accept all the risks involved.
Cryptocurrency
АWin-Win
referral programme
Learn more 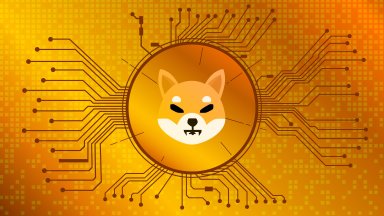