Nassim Nicholas Taleb, the famed trader, academic and author of The Black Swan and Skin in the Game, among others, has urged bitcoin enthusiasts to be more nuanced in their approach to the leading crypto.

Not one to shy away from spats over Twitter, the Lebanese-American stated: “Bitcoin is a good idea but almost all bitcoiners are total idiots, can’t get nuances beyond fortune cookies.”

Taleb made the observation after Giacomo Zucco, a self-described bitcoin maximalist, criticised his response to the ongoing Covid-19 crisis.

In mid-January, when the number of confirmed novel coronavirus cases still numbered in the thousands, Taleb and two colleagues urged a swift precautionary approach to “mitigate systemic risk to the globe at large.”

Such prescient analysis earned Taleb much praise. However, some have questioned how he can describe himself as a localist and libertarian, while supporting the state-enforced lockdown measures and the mandatory wearing of masks imposed around the world.

Zucco argued that Taleb was failing to live up to the sceptical and anti-mainstream tenets espoused in his work and instead of using “arguments ex auctoritate to impose global central-planning by bureaucrats & politicians w/ no skin in the game as best risk management.”

Dismissing such criticism as lacking nuance, Taleb responded: “My idea is (fractal) State is needed ONLY for systemic tail risks, not messing w/daily life. Same as medicines.”

Twitter beefs come and go. Indeed, Nassim Taleb is not the first and will not be the last person to declare their dislike of the crypto Twittersphere.

However, many will no doubt feel confused by Taleb describing “almost all bitcoiners” as “total idiots,” seeming as he helped popularise the world’s largest cryptocurrency.

In the foreword to Saifedean Ammous’ bestselling The Bitcoin Standard, he championed the fact that the crypto is “owned by the crowd” and stated that it: “gives us, the crowd, an insurance policy against an Orwellian future.” 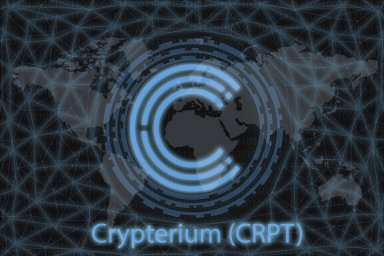