NFTs: Auction hammer to fall on first-ever Smiley and Punks

Scott E Fahlman’s first-ever emoticons, The Smiley and The Frown, are now worth $11,500

The “most ubiquitous symbols of recent human history” – Professor Scott E Fahlman’s first-ever emoticons, The Smiley and The Frowny (the smiley-face and frowny-face symbols, :-) and :-(, precursors to contemporary internet emoticons – have been auctioned off by US-based Heritage Auctions as non-fungible-tokens (NFTs).

The last bid amounts to $11,500, with total current bids at $14,375 at the time of writing. Twenty anonymous bidders so far are contending the lot, which includes two essays Fahlman wrote about the creation of the emoticon – one penned in 2002 upon its 20th anniversary, and another written specifically for this auction reflecting on the creation – as well as a signed and framed certificate from Fahlman.

Fahlman’s message proposed the use of the :-) symbol as a ‘joke marker’, meaning “I’m only kidding”, and the :-( to mean “I’m serious”. These symbols soon acquired the additional meanings of “I’m happy” and “I’m unhappy”.

“By the early 1980s, the Computer Science community at Carnegie Mellon was making heavy use of online bulletin boards or ‘bboards’. Given the nature of the community, many of the posts were humorous (or attempted humour). The problem was that if someone made a sarcastic remark, a few readers would fail to get the joke, and each of them would post a lengthy diatribe in response,” Fahlman tells readers on his academic home page.

“Various ‘joke markers’ were suggested, and amid that discussion, it occurred to me that the character sequence :-) would be an elegant solution – one that could be handled by the ASCII-based computer terminals of the day. So I suggested that,” says Fahlman.

Fahlman further comments, “It’s interesting to note that Microsoft – which helped Fahlman to find his original message – and AOL now intercept these character strings and turn them into little pictures. I think this destroys the whimsical element of the original.”

When Currency.com asked Fahlman whether he would do anything differently and what his perspective is today, given the long-running success and development of the emoticon craze he started, he replied: “If I could go back in time, yes, I would definitely do this again.

“I think it has been a net positive for the world. It has maybe helped to avoid some arguments and misunderstandings, and on balance, most people seem to enjoy using these emoticons and all their descendants. And for me, this has been a fun ride.”

“I guess if I were proposing this today, it would make more sense to jump straight to something graphical like emojis and skip the text-based ones. And if you want to send someone a smile now, you can send a smiling selfie. But we didn't have the technology for anything graphical in messages in 1982.”

"It's useful to have a really quick way to indicate sarcasm/happiness and seriousness/sadness. If you want to put in the effort to write this in words, that's usually better. And if you are able to write good satirical literature, a smiley would spoil it: half the fun with that kind of expression is not being quite sure, at least for a while, whether the author is serious or not."

Christie’s No Time Like Present auction in Hong Kong has just open for bidding today, and will continue through 28 September.

The range of NFT art on sale in the auction includes a group of rare CryptoPunks created by Larva Labs, with a starting price of HKD1m ($128,513), Larva Labs’ latest creation Meebits, starting at HKD50,000, and Yuga Labs’ Bored Ape Yacht Club (BAYC), starting at HKD800,000.

At the time of writing, all of the NFTs on auction received an initial offer close to their floor prices. However, the Larva Labs (Est. 2005), CruptoPunk 9997 is the most expensive of the lot, with a starting price of HKD4.8m, and an estimated worth of around $873,800.

The online auction comes from the collection of Shawn Yue, a well-known actor and collector in Asia. The collection is a retrospective of his career over the past 20 years, and "reflects his passionate pursuits in life and art”, according to Christie's.

The most expensive CryptoPunk to date, number 7523 – one of the popular alien Punks, with blue-green skin and wearing a surgical mask – was sold at Sotheby’s in June this year for a staggering $11.8m. Even the cheapest CryptpPunk currently for sale is priced at ETH 101.75 ($349.52).

The first Maserati NFT auction experienced a different outcome. The three NFTs on sale until Thursay 16 September were all knocked down in price, and attracted the interest of just a few bidders.

However, new models are about to come, as the platform SuperRare is gradually adding more NFTs created by the collective of artists, designers and passionate motorsports enthusiasts from Automobilist to its window.

The four NFTs will be available exclusively as a timed auction via SuperRare on 20th September 2021 for 75 hours. The NFT artworks are signed by artists Blake Kathryn, Chad Knight, Mat Maitland and MBSJQ, while the collection has been curated by Six Agency.

Georgio Constantinou, co-founder commented: “Six was honoured to curate an incredible collection of artists to celebrate the life and impact of Freddie Mercury. After meeting with the Mercury Phoenix Trust, we knew that if Freddie were alive today, he would be excited about the creative potential of the NFT space”. 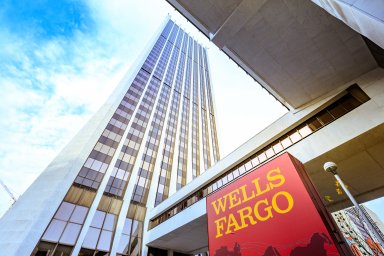 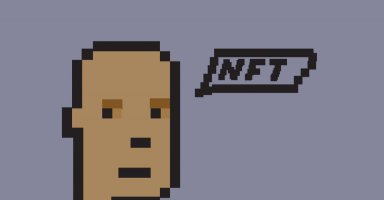