Nike stock forecast: Just do it?

Nike did well earlier this year, but as things change, what’s the Nike stock forecast?

The sportswear giant Nike seemed to be tripping over its own feet when it released its first-quarter results in August 2021 with Covid-induced problems hurting its supply chain and threatening its sales for the 2021 holiday season.

When it issues its previous quarterly report in June 2021, the future looked bright for the sports company. The company’s overall revenue had nearly doubled year-on-year, outperforming expectations, and earnings per share also beat analysts’ projections. That was then, though, and things have happened since that have dampened the Nike stock forecast somewhat.

The company’s supply chain has been problematic since July because many of the Vietnamese factories where Nike makes its goods have been closed or were hit by labour shortages. This was down to a surge in Covid-19 Delta variant cases in the Southeast Asian country. In turn, there is a concern that the shortages and closures will have an impact on the amount of product Nike will be able to make available in time for the upcoming Christmas season. Reuters reported that analysts from BTIG issued a note saying: “We believe the risk of significant cancellations beginning this holiday and running through at least next spring has risen materially for Nike as it is now facing at least two months of virtually no unit production at its Vietnamese factories.”

The agency also said that there was some cause for optimism among some analysts, with Telsey Advisory Group issuing a note saying: “The company should be able to mitigate some headwind by shifting production to other countries, like China, and prioritising top sellers, key products, and its DTC (direct-to-consumer) channel.”

Nike’s first-quarter earnings report, which came out on 23 September, initially looked like good news for the Nike stock forecast. Revenues were up 16% year-on-year to just under $12.25bn. This rise was, however, less than had been forecast by analysts polled by Refinitiv, according to a CNBC report. Averaged expectations were for revenues to come in at $12.46bn. On the other hand, earnings per share outperformed Refinitiv's consensus analysis, coming in at $1.16 against the predicted $1.11. That figure was also up from $0.95 per share in the same quarter a year ago.

The comparatively slow growth in revenue over the three months ending on 31 August may have been in part due to underperformance in the Greater China region. The quarter saw sales growth of 11% in the region, which has traditionally been one of the most profitable global regions for Nike. In contrast, it saw sales growth of 15% in North America, 14% in Europe, Middle East & Africa and an impressive 33% in Asia Pacific & Latin America.

Nike's chief financial officer, Matt Friend, admitted in an earnings call that the company had found things challenging, with problems in the supply chain hitting business.

He said: “Unfortunately, the situation deteriorated even further in the first quarter, with North America and EMEA seeing increases in transit times due primarily to port congestion and labour shortages.

“Additionally, several of our factory partners in Vietnam and Indonesia were required to abruptly cease operations in the first quarter. As of today, Indonesia is now fully operational, but in Vietnam, nearly all footwear factories remain closed by government mandate. Our experience with Covid-related factory closures suggest that re-opening and ramping back to full production scale takes time.”

Friend said that these problems meant that the company had had to revise its forecasts and now anticipated that the financial year to bring single-digit growth year-on-year. This was in contrast to the low double-figure growth Nike had previously hoped for.

According to Friend, there’s likely to be worse news for the immediate future. “For Q2, we expect revenue growth to be flat [and] down to low single digits versus the prior year, as factory closures have impacted production and delivery times for the holiday and spring seasons. Lost weeks of production combined with longer transit times will lead to inventory shortages in the marketplace for the next few quarters,” he said.

Nevertheless, the company’s chief executive, John Donahoe, said he felt Nike could overcome the immediate challenges, citing its online strength: “Today, we’re in a stronger position relative to our competition than we were prior to the pandemic. Why? Because the changes happening in the market work in our favour. Consumer shifts to digital that might have taken five years will now take only two. That plays to Nike’s advantage.”

The markets did not seem to like the news coming from the quarterly report, however. When the markets closed on 23 September, before the latest results came out, the Nike share price was $159.58. As soon as they reopened on 24 September, the price was 5% lower having fallen to $151.02 overnight. To put that into context, at close of business on 24 June, before the previous quarter’s results were released, the Nike share price stood at $133.60. By 25 June it had rocketed up to $154.35. Over the next three months, the lowest it fell to was $150.48 intraday on 25 June, and it had even reached a quarterly high of $174.36 when the markets opened on 6 August.

When it comes to an actual Nike share price forecast, however, experts seem pretty optimistic. CNN Money surveyed 26 analysts for their Nike stock forecast for 2021 and 2022, and the median prediction was $185, up 16% from its closing price on 23 September. The most optimistic analyst saw Nike standing at $221 in 12 months’ time, up 38.6%, while the most pessimistic saw a fall of 1.5% to $157.

To put what the analysts have said in context, at the time of the last Nike quarterly report in June, the Nike stock price stood at $153.71. At that point, the median Nike stock forecast for the following 12 months was $180 which would have seen it go up by around 18%. The highest prediction was $214, a rise of a little over 40%, while the most pessimistic of the Nike stock projections was $162, up by about 6%.

Of course, it’s always worth bearing in mind that analysts don’t always get things right and past results are no guarantee of future performance.

It still might be, but there are caveats. While the experts’ 12-month forecasts are mainly optimistic, there has been a recent price drop and the company admits that the near future will be challenging as it tries to deal with supply chain issues.

If you want to invest in the company, remember that prices can go down as well as up. You should do your own research, and you should never invest more money than you can afford to lose. Always remember your decision to trade depends on your attitude to risk, your expertise in this market and the spread of your investment portfolio. The information in this article is not intended as investment advice.

Yes, it does. According to this latest quarterly report, investors will receive $0.275 per share for the last quarter.

Most analysts think it will but, considering the challenges being faced by the company with regards to supply, it may remain in the doldrums in the short term. You need to do your own research before committing to investing. 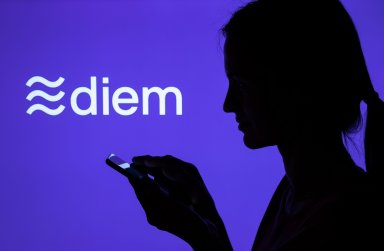 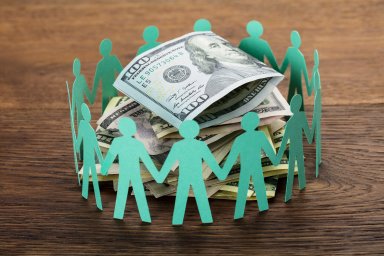 Investing in crowdfunding schemes: Is it a good idea?