Pernod Ricard publishes excellent end of year results, but what does the this mean for the Pernod Ricard stock forecast?

Despite the challenges wrought upon the global retail industry as a result of the COVID-19 pandemic, Pernod Ricard’s results for the year ending 30 June 2021 reflects a strong recovery. With reported sales up by 4.5% compared with the previous year, the spirits company has demonstrated versatility in the face of change.

While these results appear promising, what does the future hold? What is the latest Pernod Ricard stock forecast? Let’s take a closer look at the results.

Total sales for 2021 were closely aligned with a consensus of six estimates collected by FactSet, which MarketWatch reported would be in the ballpark of €8.76bn.

Pernod Ricard also reported record figures in China, where sales grew by 44%, and the US, where organic sales growth reached 16%. However, this was tempered by slower than expected growth in India and declined sales in Spain and Ireland. Furthermore, despite the group’s success in the US, it still lagged competitor Diageo, which the Wall Street Journal noted saw sales rise by 24% in the US.

Specialty brands for Pernod Ricard, including American whiskeys, Avion and Redbreast, grew by 28%, while the group’s strategic international brands made a strong rebound, growing by 11%. Success in these categories was offset by a lack of growth in the strategic wines category due to depressed sales of certain brands in its portfolio.

Additionatlly, the lifting of restrictions on bars and restaurants in Europe and the US saw fourth quarter sales increase organically by 56.5% to €1.88bn in 2021 compared with €1.23bn for the same period a year earlier.

Over the past five years, Pernod Ricard share price is up by 73%, beating the market return of approximately 56%, according to Simply Wall St. This response runs somewhat counter to the fact the company’s earnings per share (EPS) has dropped 23% each year over the same period.

Over the past week, the stock markets have responded warmly to recent announcements by the group. Pernod Ricard shares opened higher on 25 August after the spirit group announced it would claim back on exports from the United States in light of a US Court of Appeals favourable ruling on tax refunding on exported goods.

When markets opened on 1 September, the Pernod Ricard stock price was up by 3%. With Reuters noting a record high recurring cash flow at €1.75bn at the end of June, and an announcement from the group that it would resume its buyback programme next year, Pernod Ricard stocks continued to rise and were up by another 3% when the markets opened on 2 September. This recent upturn in Pernod Ricard’s share price may also have been bolstered by the group announcing plans to buy a minority stake in Sovereign Brands.

Throughout the COVID-19 pandemic, spirit stocks have risen across all the major companies. Europe’s four big liquor stocks traded up to 58% above their ten-year average. Profit margins have also been bolstered by the fact buyers are more willing to spend more on expensive brands than during pre-pandemic times. As drinkers return to nightclubs and bars, buying patterns will inevitably change, potentially impacting any future Pernod Ricard share prediction.

Alexandre Ricard, the group’s CEO, reaffirmed his commitment to the 2018 transform and acceleration roadmap. He said: “We will stay the strategic course, accelerating our digital transformation and our ambitious Sustainability and Responsibility roadmap. Thanks to our solid fundamentals, our teams and our brand portfolio, we are emerging from this crisis stronger.”

The company is aiming to reach net zero carbon targets by 2030 as well as remove single-use plastic from being used within its supply chain.

Pernod Ricard is also seeking to meet the demands of a younger consumer in terms of solidifying itself as a principles-led company. An increased commitment to inclusion and diversity features prominently in the company’s future roadmap, alongside campaigns designed to encourage safe drinking.

CEO Ricard expressed confidence in growth continuing into the first quarter of 2022, suggesting ”a very dynamic Q1”. However, the ongoing uncertainty around global travel – and how this might affect travel retail sales – makes a definitive Pernod Ricard stock price prediction difficult.

Jean-Etienne Gourgues, chairman and CEO of Chivas Brothers, echoed concerns around the future of the travel sector. He said: “We expect 2022 to still be a difficult year for global travel retail business as there are significant restrictions still in place while it is recovering. Leisure travel is going to rebound very strongly. Business travel might not recover to pre-Covid times”

Given that the group’s competitive edge rests largely upon the on-trade market, the lack of clarity around whether restrictions will lift and stay lifted remains an important factor when making a Pernod Ricard stock price prediction.

When considering a Pernod Ricard price forecast, it is also important to consider concerns raised around China’s plans for wealth redistribution and how this may hamper the growth seen so far in this area.

Despite this uncertainty, Pernod has demonstrated versatility in the face of change, developing more product lines directed towards off-trade domestic markets.

Based on the predictions provided by 20 analysts to Simply Wall St, company earnings will grow 12.13% a year. They also predict revenue to grow at 5.9% a year compared with the French market in general at 6.4% a year.

The same consensus perceives Pernod Ricard stocks to be currently undervalued by 11.6%.

While weighing up this information, it is importatn to remember that analysts often get their predictions wrong, so you should make your own decision about whether you think the Pernod Ricard shares price will rise or fall.

Recent earnings suggest an optimistic future. However, it is important to take into account the uncertainty that remains around the global travel sector. While some analysts think Pernod stocks may be undervalued, they don’t believe the stocks are trading significantly below fair value.

It is also worth noting that it is difficult to be accurate when coming to a Pernod Ricard stock price prediction.

Potentially. Analysts take differing views on the Pernod Ricard share price forecast. While predictions appear to be favourable in terms of growth, there is little evidence to suggest earnings or shares will go up significantly in the coming year.

It is important to do your own research and keep in mind that prices can go down as well as up, and you should never invest more money than you can afford to lose.

You can sell Pernod Ricard shares today in tokenised assets at Currency.com. Tokenised assets are crypto derivatives whose value is linked to the value of a particular asset. 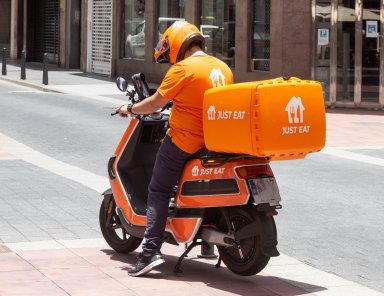