Pi Network, the crypto community for Pi Coin (PI), has denied being listed on the Huobi crypto exchange.

It was announced by Huobi that it would open PI spot trading on 29 December 2022.

In response to the news, Pi Network reiterated that “PI is currently in the Enclosed Network and is not approved by Pi Network for listing on any exchange or for trading”.

Pi Network has advised PI users not to engage with any exchange claiming to list PI.

Pi Network, whose members are known as Pioneers, said: “A big thank you to all our supporters.”

Pi Network, the crypto community for Pi Coin (PI) has told everyone to “stay warm” during the crypto winter.

The tweet was a throwback to November 2021 when there was talk of Bitcoin (BTC) entering a bear market.

23 September 2022: Pi Coin thanks moderators who are ‘backbone’ of Pi communications

The moderators have been labelled the “backbone of connecting with the entire Pi community” by the Pi Network.

Pi Network, the crypto community for Pi Coin (PI), has been testing the translation skills of the 35 million international users of its official PI App.

It asked users what “retrouvailles” means in French – with 71% getting it right, that it means “reunion” after a long time.

Meanwhile, only 41% correcly identified that “hyppytyynytyydytys" in Finnish means “bouncy cushion pleasure”, 45% understood “meze” in Serbian to mean appetizers with friends, 62% knew “parea” in Greek referred to “good company and talks” and 50% translated “gattara” in Italian to mean “a devoted cat lady”.

Around 5,000 people attempted each question each of the questions, which were posted on Twitter.

The cryptocurrency said it has done this as a warning to investors to “be wary of impersonation accounts” and put out the message that people should only trust official Pi news sources.

Earlier in August, the crypto community for PI, Pi Network released an official channels list for users looking for information regarding PI from an authorised account.

Pi Coin (PI) has been ranked the ninth largest crypto Twitter profile as it has 1.65 million followers.

According to Watcher.Guru research as of the 28 August 2022, Binance Coin (BNB) came first out of the table that lists the top 10 crypto Twitter profiles listed by number of followers, with 9.36 million followers.

Pi Network, the crypto community for Pi Coin has revealed that most Pi Coin users were referred to PI by a friend.

Pi Network ran a Twitter poll, which found that 61% of Pioneers, members of Pi Network were referred to it by a friend. Coming in second were family members with 17% and co-workers at 4%. However, 18% did say “other”.

The Twitter poll had 54,722 people take part in the vote.

The crypto community for Pi Coin (PI), Pi Network has released an official channels list for users looking for information regarding PI from an authorised account.

Pi Network stressed that if an account is not on the list “then the account/source is not official even if it claims it is”.

Pi Network advertised the list as ApeCoin retweeted a warning via its Twitter channel that there is a scam account on Instagram asking for users to send funds via direct messages (DMs). The tweet stated that Instagram official accounts should have a blue tick and that ApeCoin will never ask users to send money via DMs.

Pi Network, the crypto community for Pi Coin (PI), has released a Pi educational video on how to create and use your Pi Wallet.

The video, which has been placed on the Pi Network’s home screen, explains how mining PI, unlike Bitcoin (BTC), is the first and only cryptocurrency that can be mined on a mobile phone.

Additionally, the video says mining PI via your phone results in no cost to you or battery drain.

Pi Network, the crypto community for Pi Coin, has released the Pi safety blog, which gives tips on how to keep an eye out for scammers and malicious actors.

Pi Network, whose members are known as Pioneers, said it had released the blog because it “always prioritises Pioneer account security”.

Pioneers were warned by Pi Network that it is not running any initial coin offering (ICO) or crowdfunding sales for Pi Coin, as the main aim of the Pi Network is “to build an inclusive and the most widely distributed digital currency and ecosystem for all Pioneers”.

It emphasised that Pi Network is not affiliated with any organisation claiming to sell or create PI, PI futures, PI non-fungible tokens (NFTs), PI airdrops or any PI derivatives.

The blog also warns that any website that asks Pioneers to claim PI is fake, as all mined PI can only be claimed from the official PI App.

Pi Network “has strived to make cryptocurrency accessible worldwide,” according to Pi Coin’s founder and head of technology, Nicolas Kokkalis.

Pi Network is the crypto community for Pi Coin, individually known as Pioneers.

Kokkalis went on to say that Pi Network allows “pioneers to mine PI on their phone with no fiat cost, through contributing to the network’s growth, inclusion, security and decentralisation, utility, stability and longevity.”

Pi Network, the crypto community for Pi Coin, has thanked everyone who took part in its recent Pi Art Festival and said it is sure to “host more Pi Art events in the future”.

“The Core Team was blown away by the creativity and passion of the Pioneer community,” said the Pi Network in a tweet.

The festival ran from 6 to 19 July and Pioneers were invited to submit their artistic efforts via social media with the hashtag #Pi2ArtDay.

Pi Network, the crypto community for Pi Coin, which is running the Pi Art Festival, ending on 19 July 2022, is promoting unity with its latest piece of art.

Individuals in the Pi Network or Pioneers have been submitting their pieces of art to Twitter or Instagram using the hashtag #Pi2DayArt.

Pioneer Binv79’s piece showcases unity amongst the Pi community and the world.

The crypto community supporters of the Pi Network and Pi Coin – Pioneers – have been creating works of art as part of the online art festival, #Pi2DayArt.

Pi Network has been sharing Pioneers’ artworks on its official Twitter account and encouraging the community to keep up the good work.

One particular entry was described as “amazing” for its hand-drawn portraits of Pi Network founders Nicolas Kokkalis and Chengdiao Fan.

The Pi Art Festival is running until 19 July. It is taking place to celebrate that the network has completed its one millionth Know-Your-Customer compliance check and started migrating authenticated users to the mainnet.

Pi Network, the crypto community for Pi Coin, is running the Pi Art Festival from 6-19 July 2022.

Pi Network states that by submitting art, which can also be posted in the PiArt chat room, they confirm all ownership of the rights to the art and agree to its use or publication.

The Pi Coin has become popular in Vietnam. More and more Vietnamese people are attempting to mine PI due to the anticipation surrounding the Pi2 Day, which is said to take place on 28 June.

The imminent arrival of Pi2 Day will allow people to trade Pi for other cryptos.

Although the network has come in for much criticism recently, Pioneers – those who hold Pi coins – are gearing up for the third Pi Day, which is scheduled for 14 March, with rumours suggesting that the hotly-awaited Phase 3 of Pi’s evolution and development could be launched before the end of the year.

The network, which allows users to mine the token on their smartphones via an app – said that from Pi Day onwards: “Pioneers will be able to receive mining rewards through app usage, node hosting and lock-up settings.” Details on how the new rewards are to be calculated will be announced later.

Pi Day 2022 will also be marked by events in China, UAE (Dubai), Indonesia, USA and Nigeria.

Though the much-anticipated ‘Phase 3’ of the project – when Pioneers’ balances will be honoured after Pi transitions to mainnet – has not been announced yet, the announcement attracted ‘Likes‘ from a lot of Pioneers.

According to rumours, Phase 3 could be launched in December 2022. However, the network has not confirmed this date, which has similarly encouraged those crypto users who are more sceptical about the project.

As the Pi coin is not tradable and cannot be withdrawn until Phase 3 – with the token currently having no real value on the market – some analysts and crypto experts have dubbed the project a scam.

The Pi Network said: “Pi is not a scam. It is a genuine effort by a team of Stanford graduates to give everyday people greater access to cryptocurrency.”

The network claims to be promoted by its users. “Essentially, users describe the advantages of the platform and they provide referral names to boost their revenue,” the network said.

With additional reporting by Raffaele Redi.

Pi coin price prediction 2022: Will this project ever launch?

What is Pi Network? Your ultimate guide
The material provided on this website is for information purposes only and should not be regarded as investment research or investment advice. Any opinion that may be provided on this page is a subjective point of view of the author and does not constitute a recommendation by Currency Com or its partners. We do not make any endorsements or warranty on the accuracy or completeness of the information that is provided on this page. By relying on the information on this page, you acknowledge that you are acting knowingly and independently and that you accept all the risks involved.
Cryptocurrency Blockchain Pi Network
АWin-Win
referral programme
Learn more 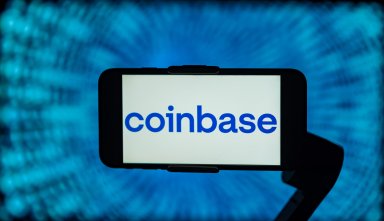