Ripple price analysis for November 23-29: the coin could consolidate in the short term

XRP has turned bullish but may consolidate in the short term before resuming its journey to $0.75

Ripple, the company behind the digital currency XRP has advertised a job opening for the position of a senior director of central bank engagements. With this position, expectations are that Ripple could look to build partnerships and projects with central banks to support central bank digital currencies.

A new report by the Official Monetary and Financial Institutions Forum shows that blockchain technology could be the answer for the problems plaguing the current banking systems such as higher costs, slow speed, and centralisation.

Ripple CEO Brad Garlinghouse has said that a rally in Bitcoin pulls up most other digital assets higher and he owns the number one cryptocurrency, hence, he wants it to succeed in the long term.

While Bitcoin is close to its all-time high, XRP’s price is still way below its record highs at $3.30. Could XRP outperform Bitcoin in the short-term? Let’s do the Ripple price analysis of the weekly and the daily chart to find out. 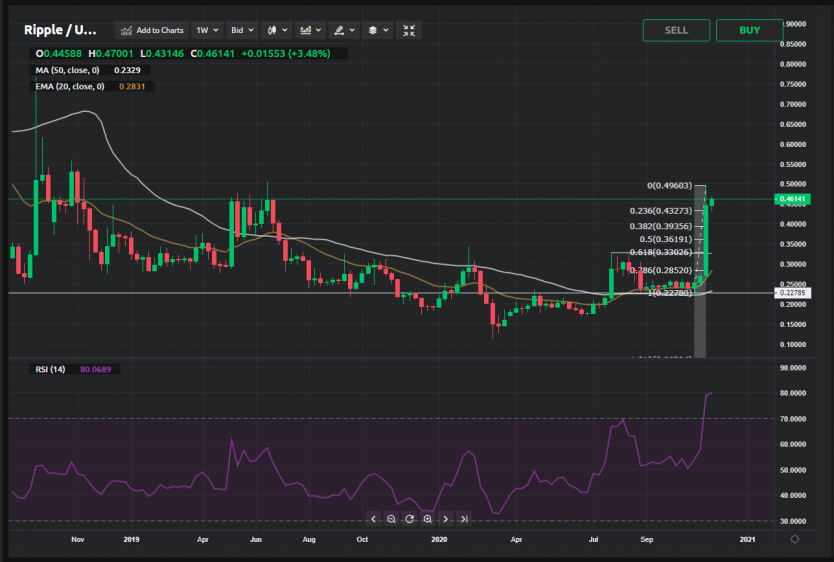 XRP soared 65.58 per cent last week to close at $0.44588. The huge rally of the past week suggests that traders were keen to buy the altcoin as it had been a massive underperformer during the current crypto bull run.

After the rally, the XRP/USD pair has reached a stiff overhead resistance zone between $0.5033 and $0.5581. The bears will try to stall the up-move in this zone but if the bulls do not give up much ground, it will increase the possibility of a breakout above $0.5581. If that happens, the pair could rally to the next major resistance at $0.7678.

The RSI has risen into the overbought territory and this is a positive sign during the initial leg of a new uptrend. This shows a change in sentiment because traders are not waiting for dips but continue to buy at higher levels.

The XRP price weekly analysis shows that the altcoin is attempting to play catch up with the leaders. Does the XRP price analysis of the daily chart suggest further upside? Let’s find out 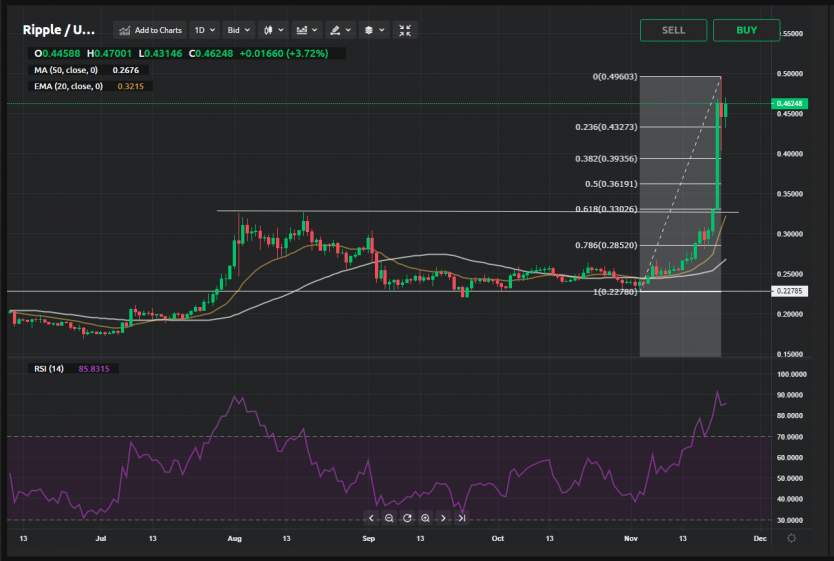 XRP broke out and closed above the $0.32682 resistance on November 20 and that was followed by a sharp up-move on November 21 when the pair rallied 40.30 per cent.

The bears attempted to stall the rally at $0.4963 but they could not sink the price below the 38.2 per cent Fibonacci retracement level of $0.39356. This shows that the bulls are accumulating on dips.

Currently, the bulls are again attempting to resume the uptrend. If the buyers can propel the price above the overhead resistance zone, the next leg of the uptrend could begin.

However, the RSI on the daily chart has risen deep into the overbought zone, which suggests a short-term correction or consolidation. On the downside, a break below $0.39356 could sink the price to the 50 per cent retracement level at $0.36191.

Traders who had purchased XRP as suggested in this earlier analysis or after this analysis would be sitting on massive profits. Hence, they can book partial profits and trail the stops on the rest according to their trading strategy.

Chasing prices higher after the recent rise could involve high risk because, in most bull runs, the last to participate are the underperformers and when that happens, it usually signals that a top is around the corner.

FURTHER READING: What is XRP? Your simple guide to Ripple’s cryptocurrency

FURTHER READING: How to trade Ripple: the ultimate guide 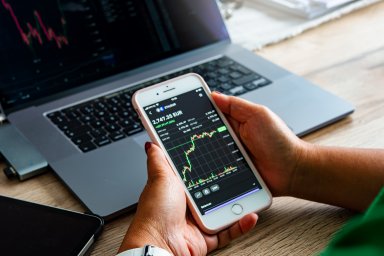 ETH technical analysis 11 Oct: Is $4k to be tested shortly? 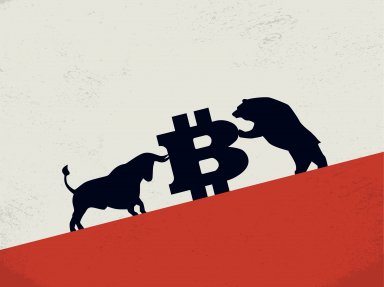