The US Securities and Exchange Commission alleges that Telegram Group, the parent company of the Telegram encrypted messaging service, launched its 2018 token sale because it was “short on cash”.

The regulator made the claim in newly released documents, which suggest that the token sale was a substitute for equity financing.

In 2018, Telegram’s ICO reportedly raised $1.7 bn (euros 1.53 bn, £1.31 bn). The SEC regards the ICO to be a sale of unregistered securities and sued Telegram in October 2019. It also asked Telegram to halt the launch of the TON blockchain.

In documents released by the United States District Court Southern District of New York, the SEC says that from 2013 up until the time of the Telegram Open Network (TON) offering, Pavel Durov, Telegram’s CEO, funded Messenger exclusively with his personal savings resulting from the sale of his social media network VKontakte.

Telegram circulated three versions of a primer to potential and actual investors, the SEC says. The Initial Primer, in a section entitled “Use of Funds” stated: “Funds raised during the Telegram ICO will be used for the development of Telegram and TON and for the ongoing expenses required to support the growth of the ecosystem."

One of the primers stated: “The current state of blockchain technology resembles automobile design in 1870: it is promising and praised by enthusiasts, but inefficient and too complicated to appeal to the mass consumer.”

The primers also stated that Telegram would use its expertise in encrypted distributed data storage to create TON, a fast and inherently scalable multi-blockchain architecture.

“By combining minimum transaction time with strong security, TON can become a Visa/Mastercard alternative for the new decentralized economy,” it claimed.

In mid-October the SEC announced it was suing Telegram Group Inc and its wholly-owned subsidiary TON Issuer Inc. for raising $1.7bn in an unregistered digital token offering.

The paper claims that Telegram sold more than 2.9 billion digital tokens called “Grams” to 171 investors worldwide, with more than 1 billion Grams sold to 39 US purchasers. The move is considered illegal, as the SEC requires all token offerings to be registered under the Securities Act of 1933.

The TON project raised $1.7 billion for the launch of its blockchain and Gram tokens in January 2018.

FURTHER READING: Telegram to delay its blockchain launch due to SEC pressure

FURTHER READING: Judge orders Telegram founder and CEO to give testimony to SEC 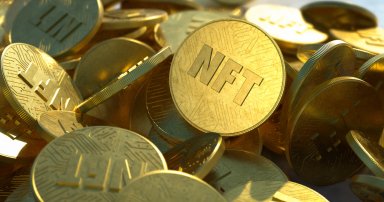