What’s next for the price of silver?

Silver prices have been at once both consistent and volatile over the past year or so. They have operated within established parameters, but they have also moved up and down a lot, too. But what of the future?

Let’s take a look and see how silver operates, what its price history has done over the past year or so, and take a look at the silver price forecast.

We all know what silver is, but what can it be used for? Well, silver, like gold, is considered a safe-haven commodity in times of geopolitical risk or economic downturn. When facing uncertainty, investors tend to increase their holding of silver as a store of value, in an attempt to mitigate the financial risk associated with less liquid assets.

Silver is also widely used in specialist electronics, where cost allows, as it is an excellent conductor of electricity – better, even, than copper. If industrial output is low because of a slump, such as that seen during the global Covid-19 lockdowns, then that can affect the price. However, this may be partially offset by its safe-haven status.

Silver is usually acquired as a by-product of other mining or refining operations. As such, its supply fluctuates in tandem with demand for other resources, such as copper, gold and zinc. Mexico, China and Peru are the top three producers of silver, and any disruption in their national economies can wreak havoc on supply. Demand is also heavily influenced by the industrial manufacturing outlook.

The effect of inflation on silver

The silver price history shows that in times of increasing inflation, the commodity increases in value. Investors, therefore, seek to exchange fiat currency for a commodity like silver in the hope that its value will increase in line with inflation.

Something important to note about silver is that, unlike gold – which is primarily used as an investment asset – practical uses make up more than half of the metal’s market. While part of its practical market – the parts surrounding vehicles, especially electric ones – was hit by the semiconductor shortage of 2021, it is hoped that things will start to return to normal this year, raising the demand for silver.

It is also worth pointing out that, according to the Silver Institute, 2021 saw an overall deficit in silver, with demand outpacing supply. That is expected to continue in 2022, with that figure expected to reach 20 million ounces this year, which according to the Institute is “relatively modest in absolute terms”.

Let’s take a look and see how the silver price has behaved over the past year or so. On 10 May 2021, it opened the day at $27.71 per troy ounce as it enjoyed a fairly long period of steady growth, which saw the metal peak at $28.36 per troy ounce intraday on 11 June. The silver price then fell back over time, with a weaker market leading to many people tearing up their silver price forecast.

This particular negative period reached its climax on 29 September 2021, when silver hit a yearly low of $21.46. Since then, there has been some recovery, with it breaking through the $25 mark a couple of times in November. It then settled down as concerns over the Omicron variant of Covid-19 hit the markets, and it closed the year at $23.33.

Something that may prove useful for potential silver investors is that the price has operated within a fairly tight band over the past year or so, meaning it has stored its value reasonably well, even if it has been on the downturn recently.

What will happen in the future is another matter, with the Stochastic Relative Strength Index (RSI) indicator on the silver price chart indicating that the commodity is pretty much oversold at this stage, which suggests that it can potentially rise soon. Nevertheless, we have to remember that indicators are good at telling us what something has done, but quite often wrong when it comes to telling us what will happen.

As with all forms of investment, it pays to be careful.

So, what of the future? What are the silver price predictions for the years ahead?

What is your sentiment on Silver?

Why not give Silver a try?

Well, the Silver Institute is pretty upbeat about the metal’s chances. In a report published on 9 February 2022, the organisation argued that this year could be “exceptionally promising” for silver, predicting that the global demand could reach 1.112 billion ounces this year, a record high and up 8% from 2021.

It added: “The increase will be driven by record silver industrial fabrication, which is forecast to improve by 5%, as silver’s use expands in both traditional and critical green technologies. Physical silver investment demand (consisting of silver bar and bullion coin purchases) is projected to jump 13% in 2022, achieving a seven-year high. Silver’s use in jewellery and silverware is also expected to strengthen in 2022 by 11% and 21%, respectively.”

The same report predicts that there should be a 7% increase in silver production this year.

There was, however, a small sting in the tail of such positivity. The Silver Institute has a silver price forecast for 2022 that sees the metal  trade at an average of $24.80 per troy ounce, down by 1% from 2021. Nevertheless, the organisation says, this “will still represent a historically high annual average”.

A somewhat gloomier silver price prediction for this year comes from the London Bullion Markets Association, which in its Precious Metals Forecast Survey predicts that the metal will end up trading at an average price of $23.54. That said, there is some diversity among the 27 experts polled for its silver price forecast.

For instance, Chantelle Schieven of Capitalight Research is rather bullish, saying: “In the second half of the year, the combination of elevated inflation and continued very real negative interest rates will help the metal gain upward momentum. Silver will also benefit from increased industrial demand.” Schieven says that there is a possibility that silver could reach a high of $35.20 this year.

On the other hand, Robin Bhar of Robin Bhar Metals Consulting says that “investor interest will be difficult to maintain in the face of tightening US monetary policy and reduced stimulus, leading to a sustained downward trajectory in prices”. He suggests that silver could fall as low as $15 in 2022.

In more general terms, investment expert Daniel Hynes of the ANZ bank said that he expected silver to outperform gold in 2022. He told CNBC news: “We have found in the past that, in a general downtrend market, which is where we expect to see gold weaken over the course of the year as we see tighter monetary policy, we tend to find that in those cases silver tends to outperform gold.”

Meanwhile, if we go back a little bit, the World Bank issued a report in the autumn of 2021 that said silver’s price should dip slightly from $25.50 per troy ounce to $24.85. The organisation seems pretty pessimistic about the metal’s future, too, arguing for a silver price forecast for 2025 of $23.60 per troy ounce.

While the silver price forecast is down, let’s keep in mind that the longer-term figure still puts it above where it traded in the early autumn of 2021.

Keeping with the theme of what silver can do in 2025, Satori Traders is very bullish, giving a price target of $120, while LongForecast’s algorithm is bearish, saying the metal should start the year at $16.29 per troy ounce. The site believes that it should close the year back up somewhat to $19.17. For what it’s worth, LongForecast says silver should close 2022 down to $17.64.

Overall, it looks like most silver price forecasts are rather cautious. No one seems to think that investing in silver will be a sure-fire road to riches, but on the other hand, the predictions don’t really suggest that it will lead to impoverishment, either – even if they do tend to be bearish rather than bullish.

There is no way of knowing for certain what is going to happen, so it makes sense to be careful.

Is silver a good investment?

It could be, depending on what you want silver to do for you. If you are looking to make a lot of money, you may be waiting some time for the prices to go up enough to make a significant profit, but it might be used as a store of value.

Keep in mind, though, that while forecasts can very often be wrong, the consensus of predictions in the short to medium term is for the price of silver to drop slightly.

Will the silver price go up?

It might do over time, but the tendency we are seeing from most forecasts is that it could go down sooner rather than later.

You will have to do your own research so you know what you are getting into.

Should I invest in silver?

This is a question that only you can answer. Before you do so, you will need to form your own evaluation of the metal and its prospects by doing your own research.

It is also important to note that prices can go down as well as up. Make sure never to invest more money than you can afford to lose.

Silver falls close to lowest Friday benchmark in a year
The material provided on this website is for information purposes only and should not be regarded as investment research or investment advice. Any opinion that may be provided on this page is a subjective point of view of the author and does not constitute a recommendation by Currency Com or its partners. We do not make any endorsements or warranty on the accuracy or completeness of the information that is provided on this page. By relying on the information on this page, you acknowledge that you are acting knowingly and independently and that you accept all the risks involved.
Investing
АWin-Win
referral programme
Learn more 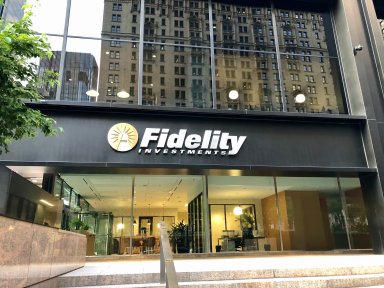 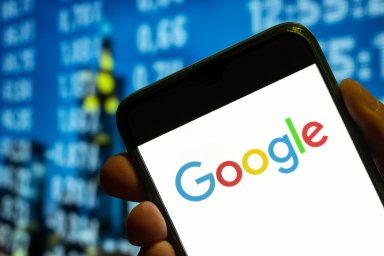 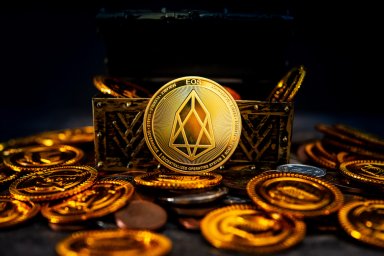