XLM has got crypto investors talking, so what is the Stellar Lumens price prediction?

Stellar Lumens (XLM) started off as a hard fork of Ripple’s XRP cryptocurrency, but since then it has become a key part of many crypto investors’ portfolios.

In this article, we will take a look at the latest Stellar Lumens price predictions to see whether we can learn anything. Before we do that, though, let’s examine the coin’s history. While past performance is no guarantee of future results, it can help give us some context for any and all XLM price predictions.

From the Stellar Lumens whitepaper

The Stellar Consensus Protocol: A Federated Model for Internet-level Consensus founding document is 32 pages long and was published by David Mazières, co-founder of Stellar.

The whitepaper states: “Financial infrastructure is currently a mess of closed systems. Gaps between these systems mean that transaction costs are high and money moves slowly across political and geographic boundaries. This friction has curtailed the growth of ﬁnancial services, leaving billions of people under-served ﬁnancially.

“To solve these problems, we need ﬁnancial infrastructure that supports the kind of organic growth and innovation we’ve seen from the internet, yet still ensures the integrity of ﬁnancial transactions.”

Mazières explains: “A compelling alternative is a decentralised system in which participants together ensure integrity by agreeing on the validity of one another’s transactions. Such agreement hinges on a mechanism for worldwide consensus.”

When the currency launched, back in 2014, it was worth around $0.003. As a new crypto at a time when far fewer people had any knowledge of the subject, it would have been pretty much expected to stay, if not at that level, then certainly at a very negligible amount – and such was indeed the case for the first few years of XLM’s existence.

In fact, the coin did not break through the cent barrier until May 2017, nearly three years after it started trading on the open markets. Nevertheless, there was some modest growth. This all started to change towards the end of the year. Late 2017 and early 2018 was perhaps the first real boom time for the crypto market, and Stellar Lumens was caught up in the excitement.

In 2019, it spent most of the year under $0.10. Not even the news, in November, that the Stellar Development Foundation was to burn a large sum of XLM was enough to raise it from the depths to which it had sunk.

For 2020, it was more of the same, with the price of Stellar Lumens staying low throughout most of the year. That was until 21 November, when it finally broke back through the $0.10 barrier. This was good news for XLM holders, who were about to go on a journey of growth. The price of the crypto stayed somewhere around the $0.10-$0.20 range for much of the remainder of 2020, closing the year at $0.1284.

Things started to heat up in 2021. The early months of last year were as much of a boom time as the late 2017 and early 2018 bull market, if not more so, and XLM was as involved in it as any other crypto.

There was further growth in February 2021, with an intra-month high of $0.6008 on 13 February coming before a slow spiral down to close the month at $0.4067, a month-on-month rise of 33%. While this was nothing like January’s bullishness, it was still encouraging for a Stellar Lumens prediction.

After two months of substantial growth, things came back down to Earth and started to normalise in March. The intra-month high, $0.438 on 3 March 2021, looked fairly weak compared with what happened in February. XLM spent a decent chunk of the month below $0.40 before finishing the period at $0.4109, just 1% more than at the end of February.

May 2021 was a month when everything changed, and the great crypto day crash of 19 May hit Stellar Lumens pretty forcefully. At first, though, things seemed to be going well.

On the other hand, October and early November 2021 was a period of substantial recovery, with the coin meeting a new five-month high on 10 November, being valued then at $0.4403. However, this upward trend was not to last. The Stellar Lumens price stood at $0.3339 on the afternoon of 29 November, with further losses towards the end of the year. The coin hit an intraday low of $0.32 on 2 December and fell further to $0.25 on 19 December 2021.

The volatile period continued throughout December, with XLM closing the year at around $0.27, while January 2022 saw the coin close at just under $0.20. February 2022 started well, with XLM topping $0.25 on 8 February, but Russia’s invasion of Ukraine caused a downturn which saw the coin drop to a low of $0.16 on 24 February 2022.

There was more growth to a post-crash high of $0.1529 on 31 May, before it fell back somewhat to stand at around $0.1462 on 6 June. Following that, the cancellation of withdrawals on the Celsius crypto lending platform confirmed a bear market, and the price of XLM continued to fall, hitting lows of $0.1008 on 14 and 18 June 2022.

From there, the coin struggled its way upwards, reaching a high of $0.1299 on 26 June. Following that, though, the overall direction of movement was down and, on 13 July it dropped to a low of $0.09928. There was some recovery after that, albeit with peaks and troughs, and the news of its listing on the Robinhood platform saw it reach $0.1375 on 8 August.

After that, though, it was back down and on 16 August 2022 it was trading at around $0.122. At this time, there were 25.25 billion XLM in circulation out of a total supply of a little more than 50 billion, according to CoinMarketCap.

This gave the coin a market capitalisation of just over $3bn, making it the 27th largest cryptocurrency by that metric.

Stellar Lumens price prediction 2022 and beyond

Now let’s take a look at some XLM price predictions. Keep in mind that many crypto forecasts are made via algorithms, and that predictions are often wrong.

First, WalletInvestor’s Stellar Lumens price prediction suggests that the coin will be worth $0.166 in August next year, and trade at somewhere around $0.32 in August 2027.

Finally, Gov Capital has a Stellar Lumens price prediction for 2022 that says it will reach around $0.115 at the end of the year. It also has a one-year projection that says XLM can reach an average of about $0.40057 on 16 August 2023, and a very optimistic five-year projection of somewhere around $1.96 on the same date in 2027.

The site gives a Stellar Lumens price prediction for 2025 that suggests the coin is likely to break the $1 mark by August that year.

Is Stellar Lumens a good investment?

It might be. The coin certainly performed very well last year, increasing in value from $0.13 at the beginning of the year to close 2021 at $0.27. While it was worth less than that at the time of writing (16 August 2022), it at least had the potential for recovery.

That said, you do need to be cautious. Remember that cryptocurrencies can be highly volatile and prices can go down as well as up. You need to do your own research and should never invest more than you can afford to lose.

How high can Stellar Lumens go?

It is hard to say for sure. The algorithm used by Gov Capital suggests the coin could reach as high as a little over $2.27 over the next five years, if the most optimistic prediction holds true.

Remember, though, that forecasts are always speculative, and often wrong. Be very careful when taking them into account.

Should I buy Stellar Lumens?

This is entirely a matter for you to decide. Whether you feel like you should buy the crypto or not, you need to do your own research and remember that cryptocurrencies are highly volatile, and prices can go down as well as up.

Never invest more money than you can afford to lose.

What is stellar (XLM)? Your ultimate guide
The material provided on this website is for information purposes only and should not be regarded as investment research or investment advice. Any opinion that may be provided on this page is a subjective point of view of the author and does not constitute a recommendation by Currency Com Bel LLC or its partners. We do not make any endorsements or warranty on the accuracy or completeness of the information that is provided on this page. By relying on the information on this page, you acknowledge that you are acting knowingly and independently and that you accept all the risks involved.
Cryptocurrency Blockchain
АWin-Win
referral programme
Learn more 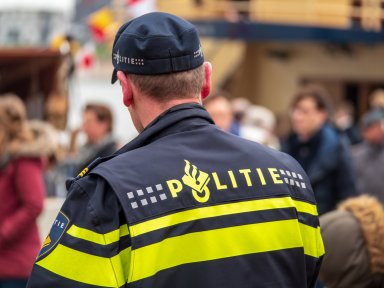