Sports fans are more likely to know about cryptocurrency

Cryptocurrency derivatives exchange platform FTX has bought an ad slot at the next Super Bowl in February 2022.

The Super Bowl is the annual championship game of the National Football League (NFL). It has served as the final game of every NFL season since 1966. In 2021, the Super Bowl had an audience of 91 million viewers.

Sam Bankman-Fried, founder and CEO of FTX, told Bloomberg: “Our message throughout this year has been that crypto is safe, accessible, and ready for the mainstream. We’re inviting everyone to check it out, and here to help them on their journey. There is no bigger, more mainstream event to share a message like that than the Super Bowl.”

This quote is in reference to research conducted by Morning Consult, a tech company that provides data to business leaders.

In July, Currency.com reported that when it comes to crypto adoption, the sports industry “moves quicker” than other mainstream businesses .

Max Sapelov, co-founder and chief technical officer (CTO) of CoinLoan, the only regulated crypto loan company in Europe, explained to Currency.com that sports are “quicker” movers when it comes to accepting new crypto deals. Sapelov believes the gambling and betting industry moves very fast when it comes to these forms of deals.

FTX is no stranger to conducting business or becoming partners with sports stars and leagues.

Recently, FTX offered every spectator who attended the basketball season opening match between Miami Heat and Milwaukee Bucks at the FTX Arena on 22 October a free non-fungible token (NFT).

Each fan received a “You in, Miami?” T-shirt with a QR code on the back, which when redeemed through FTX US Marketplace gave fans access to a limited-edition Opening Night FTX Arena NFT.

FTX bought the naming rights to the Miami Arena – formerly the American Airlines Arena – in March this year. The National Basketball Association (NBA) approved the deal in April and the name was officially changed in June.

Miami Heat and Milwaukee Bucks are both NBA teams in the league’s Eastern Conference Central Division, with Miami Heat claiming victory by 137 to 95.

In September, Brady said he would “love” to be paid partly in cryptos like bitcoin, ethereum or solana. Brady made the remark during an interview with Jim Gray, an Emmy Award-winning US sportscaster, on the Let’s Go Sirius XM podcast.

He went on to say “a few players” have also asked to be paid partly in crypto. The quarterback added that “it’s an amazing thing that is happening in the world with the way the world is becoming more digital”.

Brady predicted that he can “definitely see a world where players are going to be paid in cryptocurrencies in the future” because, as he put it: “The digital age is upon us. I don’t think we’re ever going back.”

Upon announcing the Super Bowl news, FTX tweeted that ”just working with Tom Brady” is “the real Super Bowl ad”.

Further reading: FTX valued at $25bn after Series B-1 fundraiser 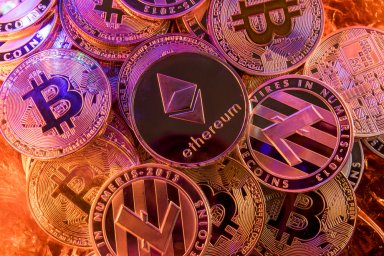