Target Corporation grew out of Goodfellow’s Dry Goods in 1901, but by 2020 it was the eighth-largest retailer in the United States based on worldwide retail sales.

Founder George Dayton bought into Goodfellow’s in 1901 before taking it over and renaming it Dayton Dry Goods Company in 1903. By 1911, it was renamed again and became known as Dayton’s. The first Target department store opened in Minneapolis, Minnesota in 1962 as the discount arm of Dayton’s.

In 1969 Dayton’s merged to form the Dayton-Hudson Corporation, which began rolling out Target nationwide in the 1980s.

The Target brand promise “expect more, pay less” was introduced in the 1990s. By the noughties its clothing line was considered covetable thanks to its price-friendly partnerships with more expensive and exclusive designer brands including Rixo.

The parent company was renamed the Target Corporation in 2000.

Known for: selling everything from computers to clothes

What is your sentiment on TGT?

Why not give TGT a try?

Target is located in Minneapolis, Minnesota, but it operates through 1,909 stores in the United States. Target has a store in 50 US states and the District of Columbia (better known as Washington DC), putting at least 75% of the US population within 10 miles of a Target store.

Target is listed on the New York Stock Exchange as is owned by its shareholders. It has three significant subsidiaries – Target Brands, Target Enterprise and Target General Merchandise.

Its largest shareholders include financial institutions including Vanguard and BlackRock.

2015: CVS Health announced an agreement with Target to acquire all of Target’s pharmacies and clinic businesses for around $1.9bn.

Target Corp
Trader sentiment (on leverage)
Daily change
220.05
Low: 217.48
High: 220.05
Sell 219.94 Buy 220.68
Sell 219.94 Buy 220.68
The material provided on this website is for information purposes only and should not be regarded as investment research or investment advice. Any opinion that may be provided on this page is a subjective point of view of the author and does not constitute a recommendation by Currency Com Bel LLC or its partners. We do not make any endorsements or warranty on the accuracy or completeness of the information that is provided on this page. By relying on the information on this page, you acknowledge that you are acting knowingly and independently and that you accept all the risks involved.
$50
WELCOME BONUS
Sign up 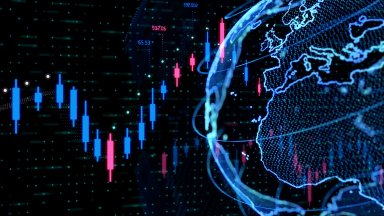