From April to June Tesla delivered 90,650 vehicles, between 10-20 cent more than expected on average by analysts.

Although there were 4.8 per cent fewer deliveries than in the same quarter in 2019, this did little to dampen sentiment. Indeed, considering the impact of the Covid-19 pandemic on the global auto sector, Tesla investors were seemingly buoyed by the pace at which the company got back to work.

In May, CEO Elon Musk restarted production at the company’s California HQ, opposing government lockdown restrictions and stating: “If anyone is arrested, I ask that it only be me.”

Following his firm’s second quarter success, Musk took to Twitter once again to mock both short-sellers and the Securities and Exchange Commission (SEC).

Both have become anathema for the South African-born billionaire, who joked: “Tesla will make fabulous short shorts in radiant red satin with gold trim. Will send some to the Shortseller Enrichment Commission to comfort them through these difficult times."

The animosity towards the SEC stems from a $20m (£16m, €17.8m) fine Musk had to pay, after the regulator charged him with fraud when he joked on Twitter about taking Tesla private. That particular incident led to Musk stepping down as Tesla chairman and increased company supervision of his social media use.

Given that Tesla has now become the most valuable carmaker in the world, with a market cap of $207.6bn, the firm’s shareholders are unlikely to complain too much about Musk’s latest Twitter shenanigans. 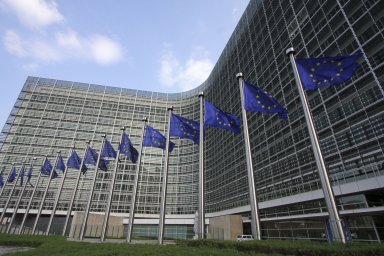