When Tesla published its third-quarter results in October, revenue was recorded as reaching $13.76bn and continued to grow, while earnings per share (EPS) held steady at $1.44.

However, the electric vehicle (EV) company had to take a $52m impairment charge for the $1.26bn it holds in bitcoin.

Based in California, Tesla is an American EV manufacturer that launched in 2003. It was founded by a group of engineers, including its CEO Elon Musk, who wanted to create a fast electric car.

Currently, Tesla has four vehicle models: S, X, Y and 3. The last two were launched in the past five years, with Model 3 being a low-priced alternative.

Q3 results in line with predictions

Tesla reported that revenue hit $13.76bn, an increase of 57% year-on-year. It was also above the $11.96bn revenue reported last quarter, reflecting the steady growth of the EV company. The generally accepted accounting principles (GAAP) EPS was $1.44, with the non-GAAP EPS at $1.86.

This was along the lines that analysts had predicted. According to Nasdaq, Wall Street expected Tesla to reach $13.5bn in revenue and an EPS of $1.50. It was a slightly lower prediction from FXEmpire, which predicted Tesla to hit $13.16bn in revenue with EPS of $1.52. Electrek reported on optimistic expectations that said revenue would increase to $14bn, with EPS at $1.59.

Tesla broke numerous records in this quarter’s results with its best-ever net income, operating profit and gross profit. Its GAAP net income reached $1.62bn, a 389% increase year-on-year. This increase was expected by Nasdaq, who reported that Tesla’s growth strategy had prioritised profit margins.

Tesla’s operating income reached $2bn, a 148% rise year-on-year. The results said this was due to vehicle volume growth and cost reduction. However, it also highlighted that these results were offset by the $51m bitcoin-related impairment charge, among other items.

Tesla said the revenue increase was down to its strong growth in production and deliveries. The results revealed total vehicle production during the quarter stood at 237,823 – representing a 64% year-on-year increase – and deliveries were up 73% at 241,391.

Although these numbers revealed continued strong growth, Tesla’s results also showed that Models S and X are struggling. Production was down almost 50% year-on-year, and deliveries were down 39%. Tesla said this was due to product updates, with lower-priced vehicles becoming a larger percentage of the mix.

The results announcement also provided updates on Tesla’s factory improvements. It highlighted that the new capacity at its Gigafactory in Texas is progressing as planned. Tesla is currently in the process of installing Model Y production capacity.

A new factory is also being built in Berlin. Tesla gave a small update in the results, saying the build-out remains on track and its testing of equipment is underway. The company expects to receive final permit approval before the end of this year.

As the global semiconductor chip shortage has impacted EV production, Tesla revealed it has had its share of supply-chain difficulties.

Tesla said: “A variety of challenges, including semiconductor shortages, congestion at ports and rolling blackouts, have been impacting our ability to keep factories running at full speed. While sequential growth remains our goal, the magnitude of growth will be determined largely by outside factors.”

By way of comparison, Volkswagen also saw an increase in EV sales, despite the global chip shortage. In its Q3 results last week, it revealed a 109% year-on-year increase in battery electric vehicle (BEV) deliveries.

Christian Dahlheim, head of group sales at Volkswagen, said: “Our global electric offensive continues to run at full speed: we are clearly the number one for all-electric vehicles in Europe, and the number two in the USA.”

Volkswagen revealed that it delivered a new record of 122,100 BEVs, which is still lower than Tesla’s 241,391 deliveries. Although Volkswagen claims to be number one in Europe, this may change when Tesla opens its first European factory in Berlin.

However since then it has dipped – Tesla’s stock price drop could have been influenced by the conference call, where it said profit margins might not continue increasing due to the building of the new facilities, according to Barrons.

Tesla stock (TSLA) forecasts from analysts vary greatly. CNN gathered data from 41 analysts and asked their predictions for Tesla’s share price over the next 12 months.

CNN is not the only one reporting a huge range in predictions from analysts. WallStreetZen’s Tesla price prediction is based on input from 22 analysts. Over the next year, it says TSLA stock could hit a high of $1,400 and a low of $160.

It might be. Tesla stock predictions vary greatly depending on which analyst you ask.

Remember, stocks can be volatile and you should never invest more than you can afford to lose.

Remember, though, that analysts can often be wrong, and that you should always do your own research before investing.

You can invest in Tesla shares today at Currency.com through tokenised assets, which are crypto derivatives whose value is linked to the value of a particular asset.

Currency.com offers the opportunity to buy with leverage, with easily defined limits to close positions at a specified price. But do remember that while leverage will allow you to make bigger profits if a stock goes up, it will also magnify your losses if the price goes down.

Is there an environmentally friendly cryptocurrency? 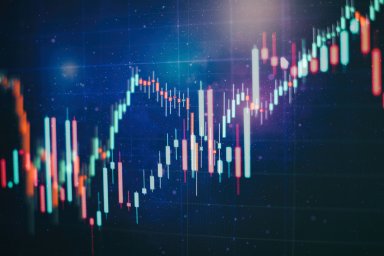