News&Features Features
What are the most secure cryptocurrencies, and are they really private?

What are the most secure cryptocurrencies, and are they really private?

What is the most secure cryptocurrency out in the world today? We look at the altcoins that offer the greatest levels of privacy, and the downsides with using them.

When it comes to the most secure cryptocurrency out there, this topic is normally approached through the vantage point of privacy.

Despite popular belief, transactions made using the likes of Bitcoin aren’t as anonymous as they may appear to be. Details of every payment are made public and are easy to trace to specific crypto addresses. It’s this transparency that has helped law enforcement agencies track down those responsible for audacious hacks of exchanges in the past.

Although BTC might be among the most secure cryptos in terms of cryptography, the meticulous records kept on the blockchain mean it isn’t the most private crypto. As a result, rival digital assets have popped up that pride themselves on ensuring that payments cannot be traced – delivering a level of anonymity that’s comparable to cash.

It is true that some people rely on private cryptocurrencies for nefarious means – purchasing illicit substances or even financing crime. But most of the time, people choose to rely on secure cryptocurrencies simply because they value their privacy. Think of it this way: although your phone will be full of perfectly harmless texts, videos and photos, you probably wouldn’t want someone to read through all of them.

Here, we’re going to ask what is the most secure cryptocurrency – and delve into research that examines whether they actually work. 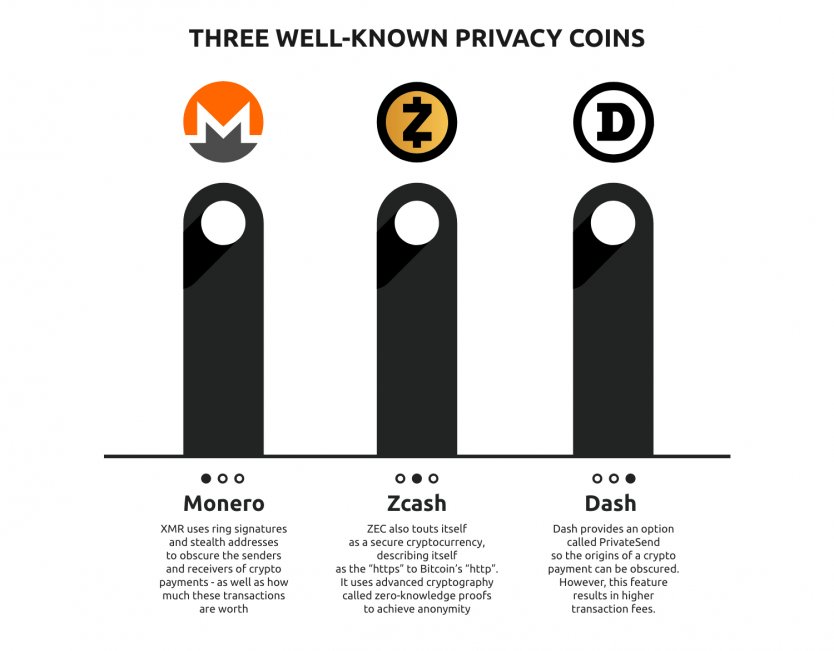 Now that we’ve learned about these three types of secure cryptocurrencies, it’s worth taking a moment to examine their effectiveness.

There have been a range of studies that put Monero, Zcash and Dash through their paces – including research performed in 2020 by Carnegie Mellon University.

Monero came out at the top of this list, with academics concluding that only a small percentage of transactions made using XMR were partially or fully deducible. This figure has actually increased over recent years, and this has been linked to how its ring signatures feature now relies on a greater number of decoys.

“The anonymity of Monero has evolved to a large extent in the recent few years. Compared to the version three years ago, current Monero transactions can be conducted with superior anonymity with the introduction of new techniques like RingCT.”

But here’s a surprising fact: even though Zcash’s first-class cryptography has cemented its reputation as a private cryptocurrency, just 0.09 per cent of transactions investigated over a 30-day period could not be deduced. It seems that the underlying technology of this crypto wasn’t actually to blame here – it’s the fact that customers need to opt into using a shielded pool in order to benefit.

Questions are also beginning to swirl about whether Monero is the most secure cryptocurrency after all. Countries such as the US have become increasingly wary about privacy coins and have taken action to try and crack their code. Recently, government agencies revealed that they were willing to pay as much as $625,000 to anyone who was able to crack Monero’s code.

And in November, the blockchain intelligence firm CipherTrace revealed that it was filing two patents relating to technology that could monitor transaction flows within the Monero blockchain. The company expressed hope that these tools would help forensic investigators trying to pick apart complicated transactions and enable decoys to be eliminated so the original source of funds could be established with greater certainty.

As CipherTrace noted in a press release at the time:

“With 45 per cent of darknet markets now supporting Monero – the second-favourite cryptocurrency of choice among criminals, just behind Bitcoin – law enforcement interest in Monero tracing has soared.”

The company stressed that it firmly believes in user privacy, and that its main objective is to “identify criminal addresses and wallets pertaining to the theft of cryptocurrencies, wide-spread fraud against consumers, ransomware, extortion, child exploitation and other crimes against people of the world”.

As CipherTrace mentioned in their post, Bitcoin remains a popular choice despite the fact that it isn’t as private as Monero. That’s because of how mixing tools can be used – pooling transactions from multiple addresses together so it’s different from someone on the outside to know what, where and when payments happened.

Several countries around the world are enforcing bans against privacy coins, with the likes of South Korea announcing that its citizens would be prohibited from trading Monero and Zcash. Indeed, many major exchanges refuse to list the likes of XMR and ZEC, making it exceedingly difficult for everyday crypto enthusiasts to purchase them without going to a niche trading platform.

However, there is clearly market demand for privacy coins, not least because of the plethora of scandals that have engulfed the tech industry in recent years. Facebook has been accused of putting the personal data of millions of users at risk, and other major firms such as Google and Amazon have faced allegations of monetising sensitive information.

There are also concerns that upcoming central bank digital currencies, such as China’s digital yuan, could end up serving as a tool for surveillance – giving the government a way to track how people spend their money. One central bank executive recently said that the yuan aims to deliver “controllable anonymity” – suggesting there will be a tightrope between unfettered freedom and the ability to track down people suspected of illegal activity.

If you want to use privacy coins, be aware that such transactions will fall under greater scrutiny – and don’t assume that the main features that they offer will automatically be activated. In some cases, you’ll have to consciously opt in before these protections are in force. And if you’re thinking about them from an investment point of view, remember that their value could fall if the levels of privacy that they offer are brought into question, or if a superior digital asset enters the market.

FURTHER READING: How many Bitcoins are there?

FURTHER READING: The best altcoins to invest in for 2021 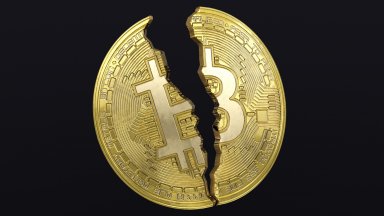 Bitcoin vs satoshi: are SATs better than BTC?