News&Features Features The top seven altcoins to watch in 2022

The top seven altcoins to watch in 2022

In a fast-moving market like crypto, picking out the top seven altcoins for 2022 is no easy task. Fledgling coins fall in and out of favour with investors all the time, especially among those who are determined to secure the biggest gains. And as we’ll find out, the best altcoins for 2022 can also suffer setbacks, with technical faults derailing even the biggest of bull runs.

There is a lot to weigh up when looking for the top seven altcoins. Here, we will offer our rundown of the best altcoins as we head into the new year with January historically providing fireworks from a price point of view.

The most promising altcoins of 2022?

Polkadot only launched in 2020 and has already seen massive gains. The blockchain was built with interoperability at its heart, designed to connect a range of different chains, networks, and other technologies. Think of it as the internet for blockchains: instead of loading different webpages, users can access different projects and networks.

DOT, Polkadot’s native cryptocurrency, enjoyed impressive growth in 2021. It started with a surge at the beginning of the year that peaked at $47.95 on 14 May. After settling down, another bullish trend surfaced, this resulted in a new all-time high of $55 on 4 November.

An exciting 2022 lies ahead for Polkadot, with new updates and technology improvements planned. Gavin Woods, co-founder of Polkadot and Ethereum, announced new parachain slots would launch in 2022. These allow developers to build their own blockchain on the network. More than 150 new parachain slots are under development, according to Woods.

Multi-chain accessibility is becoming increasingly important for investors as Polygon (MATIC) has seen recent success. The project was built to improve Ethereum’s infrastructure and scalability.  Polygon allows for different types of blockchains to be built on Ethereum, turning it into a multi-chain system like Polkadot.

Mark Cuban was one of many who invested in Polygon last year, adding it to his portfolio. This is not surprising after MATIC experienced a bullish year. The cryptocurrency started 2021 below $0.10 and saw multiple surges throughout 2021. It only recently peaked with an all-time high of $2.92 on 27 December.

Tally Greenberg, head of business development at the staking platform Allnodes, told the Insider that Polygon’s low fees makes it an undervalued investment. She argued that it was volatile enough to benefit trading and offers investors a more passive income stream. Greenberg said users could make an annual return of 13.65% from staking.

Harmony (ONE) is much further down the list than Polygon, ranked at 41 on CoinMarketCap, while MATIC occupies 14th spot. Many of Polygon’s same functions are possible with Harmony, including DApp creation and cross-chain transactions.

Yet, investors are saying Harmony is built better compared to its more successful rival. Harmony has 1,000 validators while Polygon only has 100, making it more decentralised. Harmony is aiming for a whopping 10m transactions per second (TPS), against the 65,000 TPS offered from Polygon.

Harmony’s price is the lowest on this top seven altcoins list, but investors have started to recognise ONE’s potential. It has climbed from $0.004 at the start of 2021 to an all-time high of $0.37 on 26 October. Although Harmony has corrected since, the cryptocurrency began 2022 with a rally. It could be an exciting year for Harmony as investors are always looking out for a more technologically advanced crypto project.

It was an explosive 2021 for Terra, with its cryptocurrency experiencing a 13,254% increase, from $0.64 on 1 January 2021 to $85.47 on 31 December 2021. Terra uses a dual token system, utilising the minting and burning aspects of cryptocurrencies, to create stablecoins. This avoids the need to have a coin pegged to a fiat currency like the US dollar. Terra’s cryptocurrency LUNA allows these stablecoins to be created.

Investors seem to be appreciating Terra’s departure from centralised finance as LUNA has been on a bullish trend since October 2021. Despite starting off the year below the $1 mark, LUNA broke through the $100 barrier in late December, making it one of the best performing altcoins.

CoinQuora expect another bullish year for the cryptocurrency. It argues there is a “high possibility” of LUNA reaching another all-time high this year. But it warns this will only happen if the cryptocurrency can push past psychological resistance.

Chainlink was another 2021 success story. The cryptocurrency and network launched in 2017 as a platform for blockchains to interact with data and sources. For example, it can automatically mint NFTs based on an external data list of random attributes.

The native cryptocurrency, LINK, was extremely bullish at the beginning of 2021, which accumulated in an all-time high of $52.88 on 10 May. Although it has since crashed, LINK is still almost double its price compared to 1 January 2021.

LINK broke through the $23.50 barrier on 3 January 2022. Analysts argue an upwards trend could start after this resistance barrier, which could push LINK closer to the crucial $35 flipping point by the end of the month.

A list of the top seven altcoins would not be complete without Solana. As an alternative to the second largest cryptocurrency, Solana has been dubbed an “Ethereum killer”. It offers DApp developers a scalable platform with faster transaction speeds and lower costs.

In September, it appeared as if SOL had gone off the boil. Prices were down because of a multitude of factors. The crypto markets suffered two dramatic crashes in that month, first on the day El Salvador embraced Bitcoin as legal tender, and second as concerns over Evergrande’s debt crisis in China spooked the global economy.

But what did not help was Solana’s mainnet suffering a 17-hour outage. Given this project touts itself as the world’s fastest blockchain, there might have been a degree of embarrassment when it was knocked offline by a malicious attack that flooded the system with transactions. This would have undoubtedly caused some reputational damage.

Now Solana appears to have dusted itself off. SOL saw another bullish run at the end of the year, reaching its all-time high in November with other peaks in December. Experts from Analytics Insight argue that if Solana achieves mass adoption this year, it has the potential to flip Ethereum.

Cut from the same cloth as Solana, Avalanche is another Ethereum alternative that allows for the creation of DApps. It claims it can comfortably process thousands of transactions a second, something that will be music to the ears of DeFi and NFT developers exasperated by high fees and congestion.

Avalanche has also been on a strong upward trend that the bears have struggled to slow down. AVAX climbed from $12.88 on 1 August to an all-time high of $146.22 on 21 November. It has corrected since then but is still above the $100 mark, at the time of writing.

Experts do not think this will slow down any time soon. In a recent blog post, Surojit Chatterjee, chief product officer at Coinbase, forecasted “substantial growth” for AVAX and SOL in 2022.

…and ending on a warning

Pay careful attention to the latest news developments when looking for the most promising altcoins in 2022. Inevitably, a top priority for many crypto traders is uncovering the best new altcoin, the next BTC, ETH or BNB. Digital assets with tiny market caps can prove exceedingly volatile, especially because they lack the liquidity that’s required to buy and sell at the current market rate. It is important to recognise the kinds of hype that come from the likes of TikTok and Twitter, and learn that social media buzz is not always to be trusted. It is vital that you take bold claims about young projects with a liberal pinch of salt. Always do your own research before buying, and never invest more than you can afford.

An altcoin is basically an “alternative coin” to the market-dominating Bitcoin. Altcoins currently make up approximately 61% of the total cryptocurrency market, according to CoinMarketCap.

Altcoins have certainly performed well in the past 12 months. That said, you do need to be cautious. Cryptocurrencies can be highly volatile and prices can definitely go down as well as up. You will need to do your own research and never invest more than you can afford to lose.

The number of cryptocurrencies depends on who you ask as there has been a constant stream of new coins since bitcoin’s creation. However, it is estimated there are more than 16,000 cryptocurrencies, according to CoinMarketCap.

MATIC price prediction: Will Polygon keep growing?
The material provided on this website is for information purposes only and should not be regarded as investment research or investment advice. Any opinion that may be provided on this page is a subjective point of view of the author and does not constitute a recommendation by Currency Com Bel LLC or its partners. We do not make any endorsements or warranty on the accuracy or completeness of the information that is provided on this page. By relying on the information on this page, you acknowledge that you are acting knowingly and independently and that you accept all the risks involved.
$50
WELCOME BONUS
Sign up 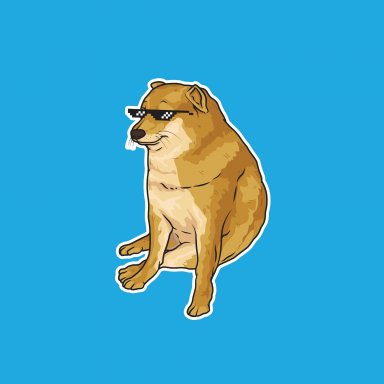