What have the top seven altcoins for 2021 been, and which cryptocurrencies are worth keeping an eye on in the final three months of this year?

As the year continues, Bitcoin appears to be losing its allure – with the world’s biggest cryptocurrency suffering dramatic volatility in the past few months, and as of 23 September 2021, is hovering around the $43,800 mark.

In a fast-moving market like crypto, picking out the top seven altcoins for 2021 is no easy task. Fledgling coins fall in and out of favour with investors all the time – especially among those who are determined to secure the biggest gains. And as we’ll find out, the top altcoins for 2021 can also suffer setbacks, with technical faults derailing even the biggest of bull runs.

There’s a lot to weigh up when looking for the best altcoins of 2021. Here, we’ll offer our rundown of the best low cap altcoins as we head into the final three months of this year, with the fourth quarter historically providing fireworks from a price point of view.

The most promising altcoins of 2021?

It might be a bit unkind to describe Ether as one of the best performing altcoins for 2021. Given it’s the world’s second-largest cryptocurrency, ETH can hardly be compared with coins that have a much lower market cap.

However, things are looking exceedingly bullish for ETH right now for many reasons – and according to some analysts, this could be pivotal in driving Bitcoin up as well.

Ether cements itself as one to watch because of how radical changes are being made to the way the blockchain works. The cryptocurrency is now deflationary as a result of Ethereum Improvement Proposal 1559, with a small amount of ETH burned after every transaction. This, when coupled with plans to make miners obsolete next year and move to a Proof-of-Stake consensus mechanism, have prompted speculation that a supply squeeze could push up prices.

Bloomberg Intelligence analyst Mike McGlone recently described $5,000 as “the path of least resistance” for Ether, while Standard Chartered believes it could trade within a range of $26,000 to $35,000 if Bitcoin manages to race to $175,000.

Although DOGE’s performance may have faded in the back half of this year – a move linked to excesses in the crypto market being flushed out – there’s no denying that the joke coin has cemented its reputation as one of the best altcoins in 2021.

One trend we’ve been seeing among the top seven altcoins of 2021 is a shift in attention to small-cap coins that serve as spin-offs of DOGE. There are loads of examples here, ranging from SHIBA INU (the breed of the dog featured in the meme) to Floki Inu. This latter coin has been named in homage to Elon Musk’s puppy, and witnessed dramatic gains in its price when the Tesla CEO tweeted a photo of his new pet.

The likes of Shiba Inu and Floki probably won’t be the next big altcoin to race into the top 20, but that doesn’t mean they can’t witness some explosive movements from their very low price point. Just bear in mind that such assets can suffer violent pullbacks in a matter of minutes.

Ether sure is popular, but other members of the most promising altcoins in 2021 have been described as Ethereum-killers. Step forward Cardano, an eco-friendly cryptocurrency that has used a proof-of-stake blockchain from the start – giving it a crucial headstart on Ethereum as a painstaking transition to this algorithm continues.

ADA started 2021 at a price of just $0.18. Over the past nine-and-a-half months, its value has risen by 1,111%, hitting $2.18 as of 22 September. Few would have predicted that Cardano would now be the world’s third-biggest cryptocurrency by market cap, unseating the likes of Tether, Binance Coin and XRP as a result.

Other Ethereum killers in the running to be crowned best new altcoin include Solana. This is another cryptocurrency that has seen its token appreciate handsomely so far in 2021. From a starting point of $1.61, it later raced to an all-time high of $214.96 – a breathtaking gain of 13,251%.

At the time of writing on 22 September, SOL appears to have gone off the boil. Prices are down 34.4% from this record. There are a multitude of factors here. The crypto markets suffered two dramatic crashes in September – first on the day El Salvador embraced Bitcoin as legal tender, and second as concerns over Evergrande’s debt crisis in China spooked the global economy.

But what didn’t help matters was Solana’s mainnet suffering a 17-hour outage. Given this project touts itself as the world’s fastest blockchain, there might have been a degree of embarrassment when it was knocked offline by a peak in demand that culminated at 400,000 transactions per second. This would have undoubtedly caused some reputational damage, and now, Solana needs to dust itself off if there’s any prospect of the bull run continuing.

A quick word about VeChain now, which is using blockchain technology to different ends. As well as offering a mechanism to verify the authenticity of luxury goods, it also allows products to be tracked along the supply chain in an immutable way – something that's especially useful when it comes to food safety. Its partners include the likes of Walmart China, BMW and Moët Hennessy Louis Vuitton, and news of new collaborations has been known to accelerate the value of the project's token.

Cut from the same cloth as Solana is Avalanche, a blockchain that allows for the creation of DApps that use the same programming language as Ethereum. It claims it can comfortably process thousands of transactions a second, something that will be music to the ears of DeFi and NFT developers exasperated by high fees and congestion. The AVAX token has surged by 2,000% year to date.

And speaking of decentralised finance, let’s finish off with Aave. The DeFi protocol’s token of the same name has year-to-date gains of 239% – however, the current price of $294.94 is about 55% off the record high of $666.86. Could this token be a contender if DeFi enjoys a renaissance as 2021 draws to a close?

…and ending on a warning

Pay careful attention to the latest news developments when looking for the top seven altcoins for 2021. Inevitably, a top priority for many crypto traders is uncovering the best new altcoin – the next BTC, ETH or BNB. Digital assets with tiny market caps can prove exceedingly volatile, especially because they lack the liquidity that’s required to buy and sell at the current market rate. It’s important to recognise the kinds of hype that come from the likes of TikTok and Twitter, and learn that social media buzz isn’t always to be trusted – it’s vital that you take bold claims about young projects with a liberal pinch of salt. Always do your own research before buying, and never invest more than you can afford.

Kraken IPO: will it happen, what are the risks and what will its valuation be?

Which cryptocurrency will explode in 2021?
The material provided on this website is for information purposes only and should not be regarded as investment research or investment advice. Any opinion that may be provided on this page is a subjective point of view of the author and does not constitute a recommendation by Currency Com Bel LLC or its partners. We do not make any endorsements or warranty on the accuracy or completeness of the information that is provided on this page. By relying on the information on this page, you acknowledge that you are acting knowingly and independently and that you accept all the risks involved.
$50
WELCOME BONUS
Sign up 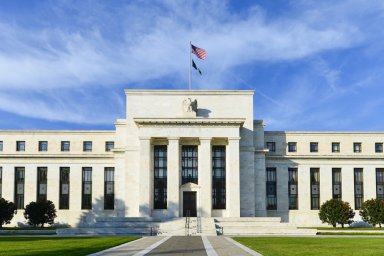 US CBDC: What we know about Fed‘s plan for a digital currency 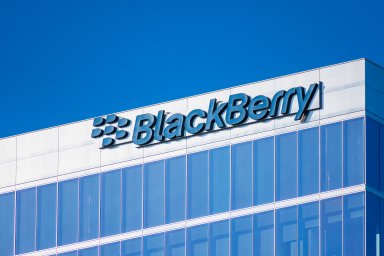 BlackBerry stock forecast: Is Blackberry a good stock to buy?