US overtakes China in Bitcoin mining after crypto ban

The CCAF reported that the leading share of the global Bitcoin network hashrate is now in the US. The global hashrate share at the end of August 2021 of 35.4%, is up from 16.8% at the end of April.

“The effect of the Chinese crackdown is an increased geographic distribution of hashrate across the world, which can be considered a positive development for network security and the decentralised principles of Bitcoin,” explained CCAF.

Many Chinese miners have now migrated to Hong Kong, which could lead to the former British colony becoming a crypto hub, attracting digital firms and investors.

“This confirms the hashrate trajectory identified in the last update to the end of April 2021, which showed those three countries were already gaining market share before the crackdown in China”, said the CCAF.

Further studies from Chainalysis showed that in June 2021, Eastern Asia crypto market was already declining having received $590.9bn worth of cryptocurrencies between July 2020 and June 2021. This represents only 14% of all activity over the period, while they were 31% of the previous year.

"China-based mining pools have historically been an important source of liquidity for the services to which they send newly mined cryptocurrency, which also tends to be those popular in China and East Asia generally,” said Chainalysis researchers.

“One significant knock-on effect of China’s mining crackdown is that many of these services appear to not be receiving cryptocurrency they otherwise would have,” they added.

According to CCAF, the immediate effect of the government-mandated ban on crypto mining in China was a 38% drop in global network hashrate in June 2021.

This corresponds roughly to China’s share of hashrate before the clampdown, suggesting that Chinese miners ceased operations simultaneously.

“New data reported by partnering mining pools BTC.com, Poolin, ViaBTC, and Foundry confirms this observation: declared mining operations in mainland China have effectively dropped to zero, from a high of 75.53% of the world’s total Bitcoin mining in September 2019 when this data was first recorded,” said CCAF.

According to CCAF, the initial 38% drop in global hashrate in June was partially offset by a 20% ‘bounceback’ over July and August. This suggests that some Chinese mining equipment has been successfully redeployed overseas.

“As of early October, the hashrate trajectory is indicating that all, or nearly all, of that June downturn, would be fully recovered soon,” CCAF said.

“If the August data updates are an indication for the future, then that recovery will likely be further distributed predominantly between the largest share gainers: the US, Kazakhstan and the Russian Federation,” they added.

“Shares for Ireland and Germany are likely due to a growing number of miners rerouting through those countries via VPNs or proxy servers, rather than growing mining activity for which there is little or no evidence,” they said.

Bitcoin to US Dollar
Trader sentiment (on leverage)
Daily change
24149.5
Low: 23847.6
High: 25148.5
Sell 24131.70 Buy 24131.85
Sell 24131.70 Buy 24131.85
The material provided on this website is for information purposes only and should not be regarded as investment research or investment advice. Any opinion that may be provided on this page is a subjective point of view of the author and does not constitute a recommendation by Currency Com Bel LLC or its partners. We do not make any endorsements or warranty on the accuracy or completeness of the information that is provided on this page. By relying on the information on this page, you acknowledge that you are acting knowingly and independently and that you accept all the risks involved.
АWin-Win
referral programme
Learn more

Bitgert grows in popularity in Indonesia 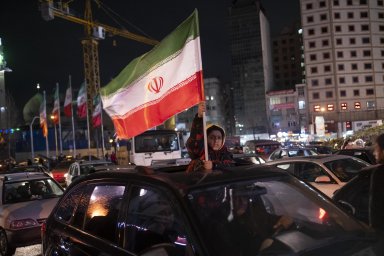