What is Walt Disney?

Walt Disney Company was founded by Walt and Roy Disney in 1923 under the name of Disney Brothers Cartoon Studio. It is an internationally recognised entertainment and media company headquartered in Burbank, California, United States. The primary industry of this company is broadcasting and radio television, whereas it also has business in industries such as leisure facilities and music, movie and entertainment.

Walt Disney Co. has a number of subsidiaries which are operated through four business segments: Media Networks, Studio Entertainment, Parks Experiences and Products and Direct-To-Consumer and International (DTCI).

The company operates cable and broadcasting television networks, television stations and production. The famous cartoon character “Mickey Mouse” is developed by Walt Disney Co. Also, Walt Disney operates the well-known entertainment parks which are centred around Disney themes. The company offers its services worldwide. Based on the size of its operations, it could be said that Walt Disney Company is one of the biggest media conglomerates with a highly diversified business operation.

Walt Disney became a publicly-traded company in November 1957 and it is listed on the New York Stock Exchange (NYSE) under the symbol “DIS”.

The daily time frame also shows similar fluctuations but the main difference is that the movements may regularly be interrupted with gap up or gap down. The size of these gaps may vary, but they can go as high as 7 per cent. Disney share price may move over 10 per cent throughout the week, while the value could change by more than 5 per cent during the trading day.

How to invest in Disney stock

Disney stock may be popular among traders because it shows multiple signals and can be part of different trading strategies. It has the potential to offer signals related to the directional movement, signals for potential gaps and breakouts.

If you want to benefit from the versatile signals by Disney share price movements and invest in Disney stock you need to trade with an adequate platform. It should be simple, have low costs and low fees, a high level of security and be accessible for small investors. One such platform is Currency.com.

Although blockchain technology may sound complex, the process of trading tokenised shares is the same as trading real assets. You will make a purchase if you expect a rise in price or a sell position will be taken when price decrease may occur. The advantage is that tokenised assets mimic the price movements of the associated assets. Tokenised Disney shares give traders the opportunity to make profits from price changes, but they don't actually own any stock. It eliminates transferring the ownership of the stocks. Instead, traders can easily open and close the position and collect the rewards.

Tokenised assets offered by Currency.com are a beneficial instrument when traders use their Bitcoin or Ether because they no longer need to exchange the cryptocurrencies for fiat money. The tokenised Disney shares can be traded directly with crypto, which simplifies the trading process by eliminating the need for conversion.

The Currency.com trading platform offers the opportunity for traders to trade tokenised assets with generous leverage. This means that trading is no longer available only for wealthy investors; small investors may also trade tokenised assets with the possibility to make decent profits. Tokenised Disney shares may be traded at a 5 per cent margin meaning that the trader will cover only 5 per cent of the position value with its available capital. The leverage provided by Currency.com enables traders to augment the profits earned from a specific position when they invest in Disney stock. For instance, consider a trader with $1,000 (£775) of available capital invested in Disney. A 4 per cent movement in the right direction will bring only $40 (£31). Trading tokenised Disney shares with $1,000 of capital and a margin of 5 per cent means that you can open a position worth $20,000 (£15,486) and the same 4 per cent movement can potentially earn you a profit of $800 (£620).

Disney stock trading process or opening positions with other tokenised assets is composed of a few basic steps, which are:

1. Open a trading account on Currency.com platform through the sign-in button.
2. Fund your account with either fiat money or with cryptocurrencies such as Bitcoin or Ether.
3. Use the margin offered by Currency.com to define the size of your trading positions.
4. Open a long or short position with tokenised Disney shares or other tokenised assets.  Currency.com connects the opposite orders of its clients and any remaining orders will be hedged through Capital.com or LMAX Digital and exchanges like Binance, Bitstamp, Kraken, NASDAQ, NYSE and Gain Capital.
5. Close the open position at your own convenience directly or by defining a take-profit order. Also, traders have the opportunity to define a stop-loss order. If you trade with crypto, then you can make the withdrawal directly in the respective cryptocurrency.

Tokenised stock trading at Currency.com tokenised assets exchange has a number of advantages. Tokenised assets are underpinned by robust and immutable blockchain technology. Opening trade will give you a token that tracks and moves according to the underlying instrument's price.

Trade tokenised Disney shares with Bitcoin or Ethereum. Benefit from the stock’s price movements without turning your crypto assets into fiat.

Experienced traders can trade the world’s top markets, like Disney, with up to 1:500 leverage.

Currency.com has a scalable and low latency order management system, which can execute 50 million trades per second. 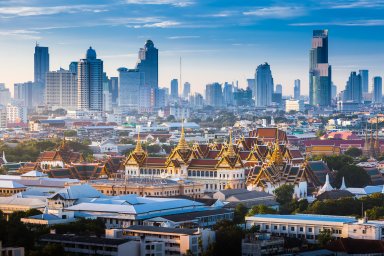 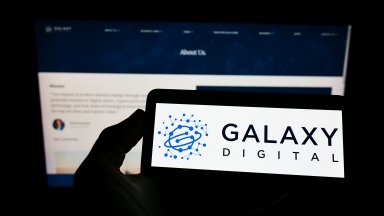 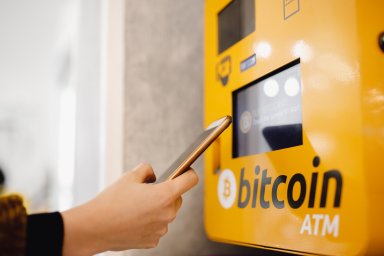 Global number of crypto ATMs breaks through 39,000
Lawrence Gash • 12:11, 8 August 2022
1BTC
Invest
20BTC
Profit
Leverage:
x20
The Power Of Leverage
Trade in the big leagues with 100 Bitcoin for every 1 Bitcoin you put in
Start trading now