Despite a dismal performance in 2021, TRIBE coin price seems to be on the up

The majority of stablecoins currently on the market, Fei Protocol argues, are racked with problems. From fiat-backed stablecoins, which by virtue of being pegged to a central currency, render them no longer decentralised, to crypto-backed stablecoins that are plagued by capital inefficiencies and instability, most stablecoins are, according to the project, simply not sufficient.

The Fei Protocol, for which TRIBE is the governance token, claims to have developed an alternative solution that is efficient, secure and scalable.

While stablecoins have no doubt gained market traction, even amid regulators’ intensifying calls for rules to be tightened, Tribe has not performed particularly well over 2021. Will the coin’s prospects improve over 2022?

Before looking at some Tribe price predictions, let’s take a quick overview of the coin.

As mentioned previously, the Tribe cryptocurrency is the governance token for the Fei Protocol. FEI is the stablecoin. While TRIBE is volatile, FEI, due to its function as a stablecoin, should be pegged as close to $1 as possible.

Holders of Tribe cryptocurrency can vote on all areas related to the running of the Protocol, including appointing minter and burner contracts, adjusting scale target and allocation rules on bonding curves and adjusting incentive time-weight growth rate.

So how does the Fei Protocol work?

Defining itself as a “decentralised, scalable and DeFi-native stablecoin protocol”, Fei algorithmically allocates assets in protocol-controlled valued (also known as PCV) to earn yield and provide liquidity. The model, one which is designed around the current reserve banking system, also allows the project to support other decentralised autonomous organisations (DAOs) by providing liquidity in exchange and lending markets.

Furthermore, the Fei Protocol, due to the fact it only holds non-centralised crypto assets, claims to be entirely decentralised.

Tribe was founded by a team of entrepreneurs in the Bay Area of San Francisco, USA. Notable individuals involved include Joey Santoro, Brianna Montgomery and Sebastian Delgado.

Santoro, located in San Francisco, holds a degree from Duke University in computer science. After graduating he became co-president at Duke Blockchain Lab. Subsequently, Santoro was hired as a Software Engineers at Okta. He jumped on the project in December 2020.

Delgado completed a BA degree from University of California in cognitive science and computer science. Before joining Fei Protocol in January 2021, Delgado worked as a software engineer at Uber and Dharma Labs.

Montgomery became involved in the Fei Protocol in February 2021. Before starting at Fei, Montgomery worked for nearly a decade in client-facing, business-development roles in a range of technology companies including: ConsensSys Diligence, Coriant and DefenseStorm. Montgomery completed a BS degree in business administration and computer science at University of North Carolina.

Before we see at what the experts think, let’s look at the past performance of the coin.

Past performance of TRIBE

But how do these figures affect a TRIBE price prediction? Let’s look at what the experts think.

It’s important when looking at predictions to remember that while they can be helpful as an indicator of which direction the price may move, they should be viewed as possibilities rather than absolutes. This is especially the case when looking at long-term forecasts, as these can sometimes be completely off the mark. This is because of the inherent volatility of the crypto market, but also the many unknowns which could impact future prices.

With this in mind, let’s look at some Tribe crypto price predictions.

Wallet Investor in a fairly optimistic price prediction thinks Tribe could surge to $1.470 in one year’s time and $3.888 in five years’ time.

Gov.capital in a much less optimistic forecast, estimates the TRIBE price prediction for 2023 to be $0.252.

DigitalCoinPrice, in a similarly pessimistic forecast, suggests the Tribe price will plateau in the future. The platform forecasts TRIBE could be worth just $1.14 in 2024. The website’s Tribe price prediction for 2025 also stands at $1.14.

Neither Gov.capital or DigitalCoinPrice perceive Tribe to be a good long-term investment.

Some experts think the coin could go down in the future while other analysts believe Tribe price could go up, albeit slowly. It is always worth remembering that the crypto market is highly volatile and the price of all tokens and coins can go down as well as up.

It could go up, however, the Tribe coin could also go down.

Some experts do not think this coin is a good long-term investment. However, it is always worth remembering that forecasts, especially long-term ones, are better viewed as indicators rather than absolutes.

Investing is a highly personal endeavour. Do your own research and try to keep up-to-date with any developments within the Fei Protocol that could boost or dampen its prospects. 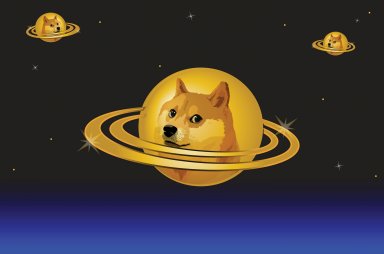 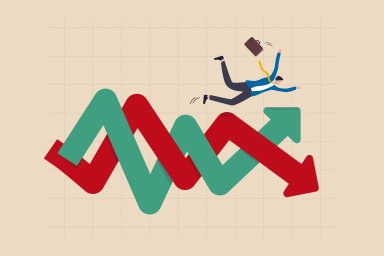