Covid-19 spurred the US Federal Reserve into an unprecedented stimulus spree, printing staggering amounts of cash in order to shield the US economy.

The supply of dollars weakened those already in circulation — the equivalent of watering down a fine whisky. Other countries also took drastic measures to salvage their fiat currencies, but few did so to the same extent as America. While it helped stave-off another Great Depression, it had consequences, such as increasing debt and inflation.

Almost two years later, in a 15 December 2021 statement, the Fed expressed some satisfaction for mass vaccination progress and improved economic activity. Job gains were solid and the unemployment rate had declined substantially. But, the Fed said, the virus and its variants, such as omicron, continue to influence the path of the economy.

“Supply and demand imbalances related to the pandemic and the reopening of the economy have continued to contribute to elevated levels of inflation. Overall financial conditions remain accommodative, in part reflecting policy measures to support the economy and the flow of credit to U.S. households and businesses”.

“We’re in a situation that the raising of interest rates and the tightening of monetary policy begins the process in the third year of a cycle as we’re in that normally is not enough to send the cycle down. It can send financial asset prices lower," Dalio said. "But I would expect that if you understand the short-term cycle, this typically seven-year type of cycle in terms of expansions and recessions, it’s the beginning of the testing of the brakes”.

According to Goldman Sachs, there will be four tapping of the brakes in 2022, not three: in March, June, September and December. How will this affect the US dollar price forecast?

Dollar forecast: clouds on the horizon

Another way to measure the health of the US dollar is the US dollar index, or DXY. In this case, it is weighted against a basket of seven other currencies: the Euro, Japanese yen, Pound sterling, Canadian dollar, Swedish krona and Swiss franc.

For several years now, China has been embarking on a policy of dedollarisation. Not only does this mean that Beijing is making moves to slash its US debt holdings, but it also has ramifications for global trade. China and Russia have drawn closer, even during the year-old Biden administration. They have taken steps towards a “financial alliance” where the dollar is not used to settle trade between both nations.

And all of this comes before one of the biggest unknowns that could affect the USD forecast dramatically: central bank digital currency (CBDC). Beijing has aggressively led the way to devleop a CBDC, partly in the hope that it will be one of the first in the world to have one, prompting international adoption. In the first week of 2022, it took yet another step closer to its goal, when it launched the first version of a digital yuan wallet app for Android and Apple devices. The limited test-marketing of the digital yuan includes the Beijing Winter Olympics.

To the dismay of some, Washington seems to have been firmly uninterested in pursuing one. As recently as August 2021, Governor Christopher Waller cast shade on the concept. The government, he said, should only intervene in the economy to address market failures. A Fed coin would cause too much upheaval in the financial system and be a cybersecurity threat, he said.

That brings us neatly on to a related issue in the dollar forecast: the development of so-called private currencies such as Meta's Diem and PayPal’s PayPal Coin. If and when regulatory issues are ironed out, millions of people could end up using the Meta or PayPal stablecoins instead of the greenback, and a change that would normally take generations could be fulfilled in just a few short years.

Coronavirus is in its third calendar year wreaking havoc in the US, the country that has been worst hit by the pandemic. (According to Johns Hopkins University, America has close to 61 million cases at the time of writing in mid-September, as well as 840,000 deaths.) With the Omicron variant pushing Covid-19 further from control, this will likely mean everyday consumers are not closer to living their lives normally. That includes going into the office with the same ease as 2019 (remember that?), because some large employers continue work-from-home programmes.

Kathy Jones, chief fixed-income strategist at the Schwab Centre for Financial Research, said in September 2021 that the rise in US interest rates relative to other major developed countries helped keep the dollar strong. That meant bad news in the short term for commodity prices and reduced returns on international investments. But, trade deficits and global recovery would eventually put downward pressure on the dollar.

“Looking out two to five years, we are less positive. The large budget and current account—or trade—deficits and the prospects for a broader global recovery should put downward pressure on the dollar over the long run”.

In November 2021, Jones told Barron’s MarketBrief more about the short-term US dollar forecast:

“I think the dollar stays pretty firm, it’s been very firm over the last year and the US is ahead of, say, Europe and Japan, in terms of a tightening cycle that should be supportive to the dollar," Jones said. "It may not have as much upside from here as it’s had over the last year, just because we did have some large deficits to finance and we need to attract capital, but I think that the dollar stays pretty firm in 2022”.

Zooming out, here are a few more factors you will want to keep an eye on for the USD forecast.

The pandemic-related, global supply chain crunch. Do not forget that tensions between the US and China are showing no signs of abating. Plus, the Biden administration continues to face headwinds, from within small pockets of the Democratic caucus, to his ambitious infrastructure spending and taxation agenda.

We had a turbulent 2020 and 2021, but the volatility we have all become accustomed to looks like it is here to stay.

Central bank digital currencies: why you might end up missing cash

S&P 500 technical analysis: a return to all-time highs seems unlikely
The material provided on this website is for information purposes only and should not be regarded as investment research or investment advice. Any opinion that may be provided on this page is a subjective point of view of the author and does not constitute a recommendation by Currency Com or its partners. We do not make any endorsements or warranty on the accuracy or completeness of the information that is provided on this page. By relying on the information on this page, you acknowledge that you are acting knowingly and independently and that you accept all the risks involved.
АWin-Win
referral programme
Learn more 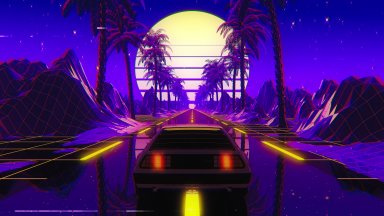