What is cryptocurrency and it's market?

For several years now, cryptocurrencies have become an integral part of the financial market and have turned from the payment method into the means for investment. Let's figure out how the cryptocurrencies differ from fiat money.

What is Cryptocurrency and how does it relate to "blockchain" technology?

To understand what a Cryptocurrency is, let's look at how the financial market has been organized before its appearance and what is the revolutionary nature of a new approach. Traditionally, the financial market is dominated by fiat money, which is issued by the central banks of certain countries, for example, the US dollar, euro, British pound, etc. Fiat is a highly regulated unit, anyone printing US dollars will be severely punished for this. Moreover, the market regulators largely determine what the exchange rate of a particular currency could be.

One of the mechanisms for determination the exchange rate is the key rate. Simply put, this is a percentage at which the banks can borrow money from the state. All other loans that these banks can issue will be more expensive. Therefore, the higher the key rate, the more expensive money in the economy. Another way to impact is simply printing, or additional emission of money, which, on the contrary, leads to a fall in the exchange rate of the particular currency.

The main disadvantage of fiat money is not only dependence on the policy of a regulator, but also the centralization of all operations. In fact, the central bank can prohibit transactions with its currency for the certain territory or for certain purposes, like due to sanctions. In the same way, it allows to track all transactions. Unlike fiat money, Cryptocurrency is a decentralized system where each participant acts as a regulator himself. This is due to the distributed blockchain system, where transactions are verified by other users. Anyone can issue or mine crypto, one just has to purchase the necessary equipment. 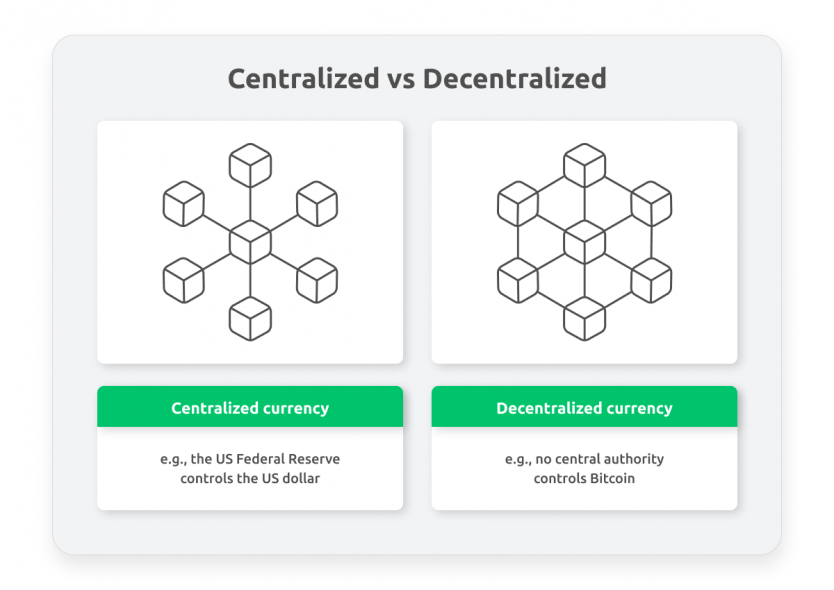 What is Bitcoin and what are Altcoins?

The first Cryptocurrency in the world is Bitcoin, or BTC, as it is referred to on the trading platforms, including Currency.com. Today BTC can be purchased for both fiat money and other virtual coins. Nobody knows for sure who invented bitcoin. There is a belief that its founder was a person or a group of the persons known as Satoshi Nakamoto. Be that as it may, a founder of Bitcoin conceived it as a decentralized currency. 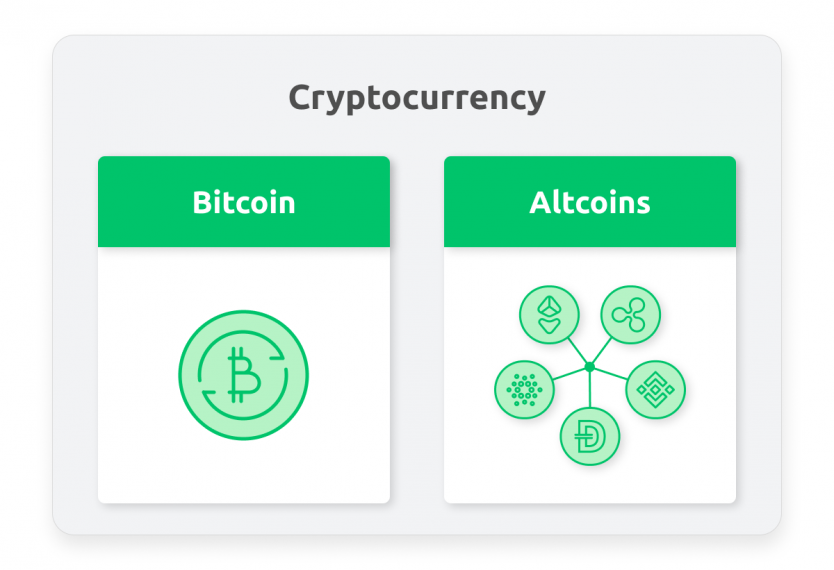 In order to mine Bitcoin, a miner must solve a complex mathematical problem on a computer, and each time the complexity of the task increases. If earlier it was possible to mine BTC by a regular computer, now one needs a real mining farm. At the same time, the emission of Bitcoin is limited, which avoids additional depreciation of “a digital gold”.

The decentralization of Bitcoin allows it to exist independently. Unlike fiat, no regulator can determine its rate.

All other cryptocurrencies, with the exception of Bitcoin, are called Altcoins - there is a huge number of them: Ethereum, Litecoin, Ripple, Monero, Cardano, etc.

Bitcoin's dominance of the market

To date, Bitcoin remains the most popular coin. To determine how “a digital gold” dominates the market, analysts use so-called bitcoin dominance index. This indicator displays a ratio of BTC to the entire crypto market.

This is due to several reasons. Firstly, Bitcoin has significantly lost its value over the last year, which forced investors to switch to other coins. Secondly, there is quite a lot of news around Altcoins that could potentially affect their value.

The most striking example is the update of the Ethereum The Merge, in which the second cryptocurrency in the world switched to a new principle of operation - Proof of Stake. It allows users to receive ETH as a result of staking and validation of operations on the network. 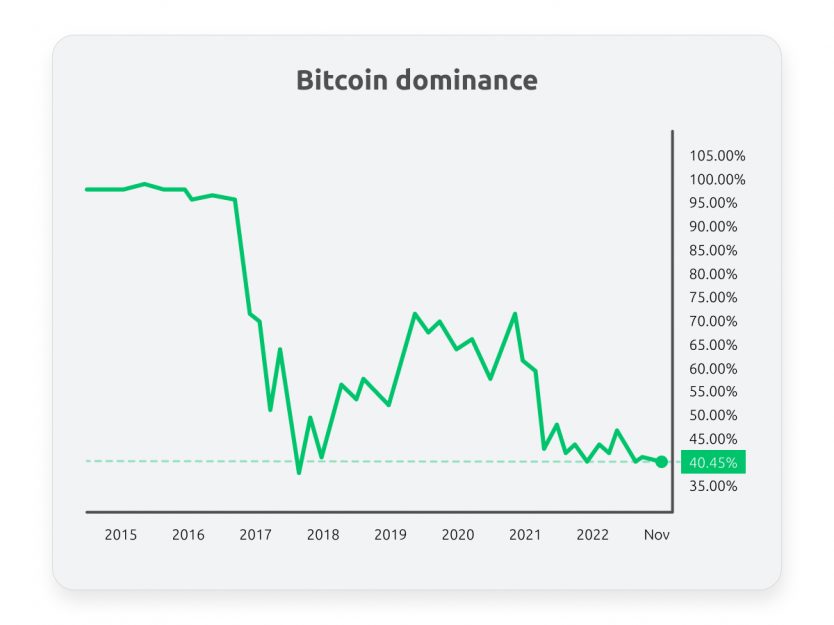 What is volatility and how is the value of the coin formed?

One of the main disadvantages of the crypto is called the volatility of this market, or instability of the coins exchange rate. Literally in a matter of hours, the cost of a particular altcoin can change significantly. 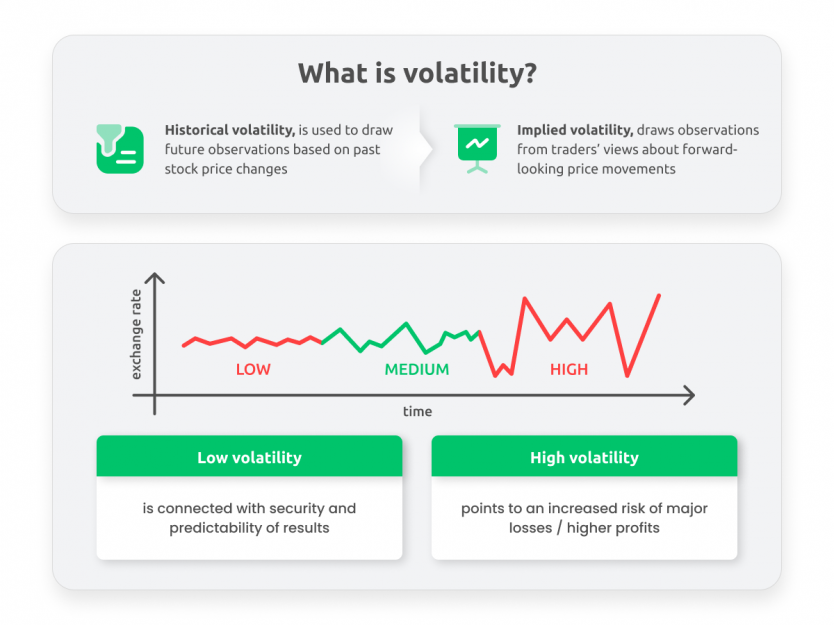 Here comes Dogecoin, traditionally supported by Elon Musk. Minutes after the Tesla’s owner announced the purchase of Twitter in early October, the price of the DOGE jumped by 6%. Another example, Bitcoin at its peak was worth more than $60,000, and on December 16, 2022 its value is around $17,000. Thus, the price has decreased by more than three times. 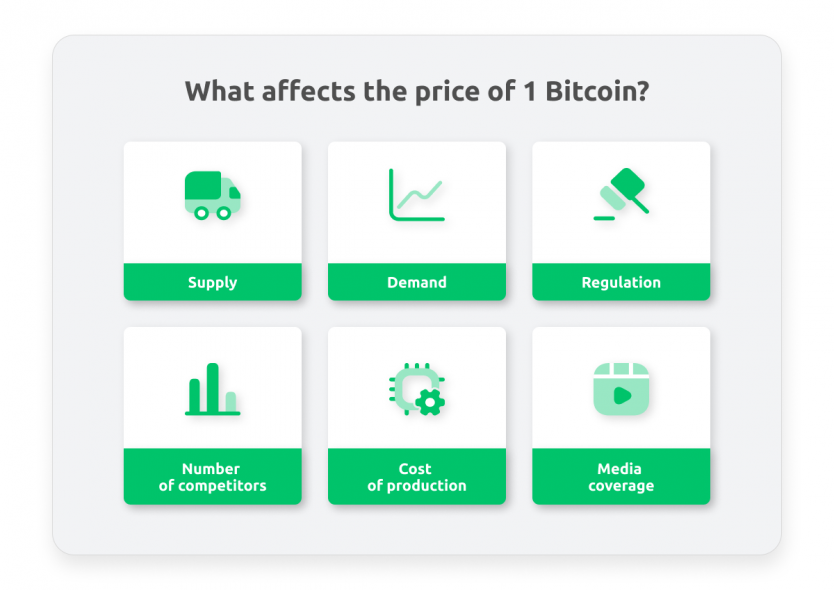 The cost of a particular cryptocurrency and the capitalization of the entire crypto market depend on several factors at once. Firstly, the cryptocurrencies remain a risky asset - therefore, experienced analysts advise not to invest all savings into crypto. In case of rising inflation, investors tend to buy protective assets, like gold or government bonds of developed countries, such as US Treasuries. This is exactly the situation observed in the fall of 2022, when the world's largest economies decided to raise rates as part of the fight against rising prices. The value of money has risen and investors have flocked to the defensive assets, essentially leading to a crypto winter.

Secondly, the value of the cryptocurrencies often correlates with the dynamics of the stock market. For a long time it was believed that they were opposite in their direction, but 2022 showed that the crypto repeats the NASDAQ movement despite a lag. This is largely due to the fact that the so-called institutional investors digged into the crypto market.

Thirdly, the value of cryptocurrencies is still largely dependent on regulation in specific countries. Tougher legislation can lead to a fall in the exchange rate and, conversely, the legalization of cryptocurrencies and the facilitation of operations can cause an increase in the rate.

Finally, if you are interested in a particular Cryptocurrency, it is worth keeping an eye on the news around it. Any update of the mechanism of work, the signing of a cooperation agreement with new stakeholders lead to a jump in the rate. But still it is worth remembering that cryptocurrencies remain an extremely volatile asset.

Email us
retail@currency.com
Lesson 2 How to choose a cryptocurrency for yourself
Trade now