Learn to trade The basics What is avalanche (AVAX): your ultimate guide

The cryptocurrency has gathered a lot of attention, and this guide can help you learn more

A coin, not a token

One of the things to note about AVAX is that it is a crypto coin, rather than a crypto token. That means that is the native token of its own blockchain, rather than a native token of a network or protocol that uses another blockchain. While the terminology might seem like a technical thing, and it is as we shall see later, it is also very important when it comes to understanding avalanche.

First, though, let us take a look at the Avalanche blockchain itself. The blockchain aims to be a rival to the all-powerful Ethereum blockchain. It wants to do the same sort of things that Ethereum does. Most notably, be a place where smart contracts can be carried out. A smart contract is a computer programme designed to execute automatically once certain conditions are met. Smart contracts are a key part of the cryptocurrency world, and having a place where they can be used is very helpful for people involved in it. However, not all blockchains allow for smart contracts, and this lack of operability in some networks has proven a blessing for Ethereum in the past.

There are problems with the Ethereum blockchain and smart contracts. First, the blockchain can be slow, which is not helpful when it comes to carrying out transactions. Second, transaction fees can be expensive. Third, it uses layer two scaling solutions. These, in effect, remove transactions from the main blockchain, carry them out elsewhere and then put them back on the blockchain. This helps prevent some slowdown on the main chain but it can create issues with security.

Avalanche aims to solve those problems. Avalanche is a blockchain but, really, it is three blockchains in one. This means that each blockchain, which in effect operates on layer one, does one particular thing, and so, in theory at least, operations happen quicker.

The three chains that make up Avalanche are

This runs smart contracts and is compatible with Ethereum decentralised applications (Dapps). Meaning that Ethereum Dapps can use Avalanche. It also means that dealing in and creating NFTs and crypto tokens are possible on the system.

This lets anyone create a blockchain themselves, either with layer two or the more integrated layer one protocol. These chains, called subnets, all have the P-Chain in common. The P-Chain keeps track of the subnets’ validators who in turn are responsible for validating the P-Chain.

This is the blockchain that ultimately creates assets and carries out transactions, which are paid in AVAX.

Together, they work in a way which means that the overall Avalanche online crypto ecosystem can work quickly when it comes to carrying out transactions and doing its business.

So, basically, that’s Avalanche explained. But what is AVAX coin?

As we have already said, AVAX is the native coin of the Avalanche crypto blockchain network. It serves as a payment token for transaction fees on the chain. The AVAX coin is also used for staking, referring to how someone might delegate their AVAX to another user who helps maintain the Avalanche blockchain and can vote on proposals concerning the network, in exchange for rewards which are paid in the crypto. As of 13 October, around 52% of all avalanche coin was staked.

Talking of staking, avalanche works on a proof of stake, rather than a proof of work basis. This means people can add blocks to the blockchain without having to do data mining. The process of adding blocks by solving increasingly complex calculations, which uses a lot of computer power and can be ecologically unsound. With proof of stake, people can lock in crypto coins they already have in a special wallet and, in return, add a block to the blockchain at some point. Staking in crypto is also, theoretically, faster than mining, so there are fewer roadblocks and bottlenecks and, perhaps more importantly, transactions are cheaper too.

Something to note about AVAX is, when it is used for transaction fees, the coins are then burned. Therefore there is a more limited supply of the crypto which, in turn, likely means that the value of the coin is kept high. As of 13 October 2021, there were 220,286,577.21 of a total of 720 million avalanche coin in circulation, a little over 30% of the total supply.

Finally, a short account of the history of AVAX coin: it was first released in 2020, after an initial coin offerin that raised $42m. Avalanche crypto itself is the brainchild of Ava Labs founded by Emin Gün Sirer, a computing lecturer at Cornell University, US. Gün Sirer was one of the pioneers of cryptocurrency, writing a paper about the hypothetical Karma peer-to-peer payment system in 2003, six years before the initial Bitcoin white paper came out. He leads a team of over 60 people, including co-founders Kevin Sekniqi and Maofan ‘Ted’ Yin, in running Ava Labs and by extension the Avalanche blockchain and the AVAX cryptocurrency.

The avalanche, or AVEX, crypto can be used to pay transaction fees on the Avalanche blockchain system. It can also be staked for rewards, as well as being bought, sold and traded online.

You can buy AVAX on cryptocurrency exchanges. We don’t have it on Currency.com yet, but we will let you know if and when we do. You can also get AVAX as a reward for performing certain tasks on the Avalanche blockchain network. What you must remember, though, is that if you want to invest in avalanche you will need to do your own research. Remember that cryptocurrencies can be highly volatile, prices can go down as well as up, and you should never invest more money than you can afford to lose. 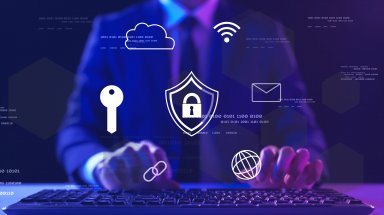 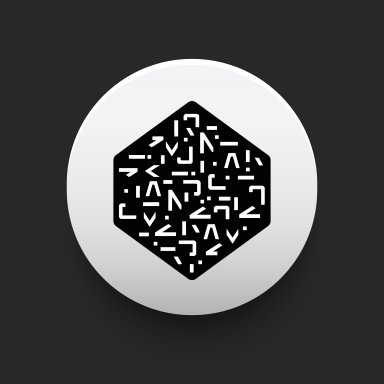