Learn to trade The basics What is BAND coin? Your ultimate guide

What is BAND coin? Your ultimate guide

BAND coin is promising to help unite the worlds of centralised and decentralised finance. But what is it?

One of the biggest things in the world of crypto is decentralised finance, or DeFi for short. This term refers, put simply, to financial transactions that bypass banks.

According to the World Bank, there are 1.7 billion people who do not have a bank account, but roughly 66% of those people do own a mobile phone. Advocates of decentralised finance hope to reach these people which will, it’s hoped, promote financial inclusion.

The aim is for a fairer version of traditional financial services, accessible online. Decentralised finance has the goal of providing a modern, fairer alternative to all of these services that can be accessed over the internet.

However, there is a problem that needs to be addressed. How do you connect the decentralised world with the centralised one? One potential solution is through the Band protocol.

According to the company’s website, the Band protocol aims to solve the problem by “building a decentralised bridge to enable secure interoperabilities between smart contracts and the traditional web.”

This means that dApps can use the protocol’s smart contract data points to access data that’s outside the system. The data points are part of feeds which come from sources that provide a framework for dApp users and developers to moderate, operate, and manage the data sources themselves which, in turn, means that the sources are secure and reliable. 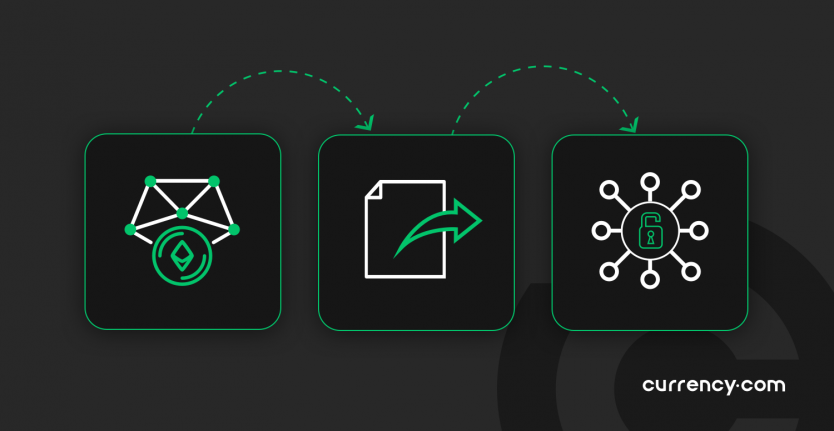 Band protocol was founded in 2017 by Soravis Srinawakoon, a former Ericsson software engineer and Boston Consulting Group management consultant, former Turfmapp web developer and Tripadvisor engineer Paul Chonpimai, and Sorawit Suriyakarn, who previously worked at Dropbox and Quora as a software engineer. Srinawakoom serves as CEO, while Chonpimai is CPO and Suriyakam is CFO.

But that’s enough about the Band protocol. What about BAND coin?

BAND coin is the native token of the Band protocol. It represents the data sets used within the protocol, and it can be used in a number of ways.

If you own BAND coin, then you can become a data provider for the protocol. You do this by getting a data source contract and inputting the relevant data into it. You can then become a candidate provider by deploying tokens that meet the minimum requirement and serve as collateral.

This means that the tokens can be used in stablecoins and other asset pricing feeds to conduct decentralised lending and other payment services, with dApps accessing the data through an aggregator.

One thing to look out for is the way that the value of BAND tokens gradually decreases. This is done to encourage users to take part in network staking to earn more tokens through staking rewards, with a goal of having 66% of all tokens staked at any given time. In other words, the idea is for people to use their BAND coin,, not keep them sitting in a wallet or on an exchange.

What is your sentiment on BAND/USD?

Why not give BAND/USD a try?

In October 2019 BAND coin launched on Binance in an Initial Exhange Offering (IEO), for selected users of the exchange. The BAND token was offered for $0.473 on Binance. In total, 27.37 million BAND were sold in the IEO, representing of 27.37% of the 100 million BAND coins that are available.

The system originally ran on Ethereum but, in 2020, it moved over to use the Cosmos system in the middle of 2020. This meant it relaunched in a simpler, more refined format. The move saw it touted as a potential rival for Sergey Nazarov’s Chainlink project.

In December 2020, BAND Protocol became the first blockchain company to join the OpenAPI initiative. The project, which includes the likes of Microsoft, Google, eBay and IBM among its members, aims to create software on a blockchain which will allow applications and projects to, in effect, talk to one another.

Speaking at the time, Srinawakoon said:

“Our mission is to define a common API standard for blockchain applications by collaborating with prestigious partners to bridge the gap between centralised data, APIs, and smart contracts on the blockchain.”

That’s the basics of BAND coin explained, but what’s happened to the price of BAND? Let’s take a look…

Although it dropped down in the middle of August to $10.34, it then went back up to a (then) all-time high of $15.46 on 1 September. That’s a price increase of just over 288% in a month. However, it then dropped once more and circled around the $6 mark for much of the rest of the year.

How many BAND coins are there?

What is BAND coin used for?

BAND coin is used to gain voting rights and used as collateral on the BAND protocol.

Where to buy BAND coin?

BAND coin can be purchased from a variety of exchanges, including Binance, Crypto and Coinbase.

What is shiba inu coin? Your ultimate guide
The material provided on this website is for information purposes only and should not be regarded as investment research or investment advice. Any opinion that may be provided on this page is a subjective point of view of the author and does not constitute a recommendation by Currency Com Bel LLC or its partners. We do not make any endorsements or warranty on the accuracy or completeness of the information that is provided on this page. By relying on the information on this page, you acknowledge that you are acting knowingly and independently and that you accept all the risks involved.
АWin-Win
referral programme
Learn more