Learn to trade The basics What is BitTorrent (BTT)? Your ultimate guide

What is BitTorrent (BTT)? Your ultimate guide

The crytocurrency continues to make waves in the market, but what is BitTorrent (BTT)?

Given how saturated the crypto market is, keeping in the know about all the new start-ups and new developments within established crypto firms, can be almost impossible. From differing blockchain technologies to consensus mechanisms to target sectors, each crypto company has its own unique list of qualities.

BitTorrent has been around for a while and is one of the more well known names on the crypto market meaning you may have heard of it before.

You’re in the right place.

Originally released in July 2001, BitTorrent was acquired by blockchain platform TRON in July 2018. This brought BitTorrent from under the control of its original founder, Bram Cohen to in the hands of Justin Sun.

This acquisition was part of Sun’s strategy to add more decentralized features to the TRON platform.

After the acquisition BitTorrent added a native cryptocurrency token called BTT. Released in February 2019, BTT was built on TRON’s blockchain.

Throughout its early years, BitTorrent has been subject to a fair number of legal disputes as a result of alleged breaches of copyright law.

Described as the “largest decentralized P2P communications protocol” in the world on the company’s website, BitTorrent’s objective was to transform the way customers obtain and download content.

Targeting distribution networks in the entertainment industry that were heavy, slow and expensive, Cohen, a developer and entrepreneur, wanted to create a platform whereby internet users could share content between themselves.

BitTorrent, unlike alternative download methods, maximises speed of download by collecting portions of the file you want and downloading these different portions simultaneously from users who already have them. This method makes popular and very large files, such TV programmes of videos download much quicker than with other protocols.

After TRON stepped in, BitTorrent’s appeal expanded to those interested in the crypto and blockchain space. In addition, the company added a premium pad version which include perks such as ad-free browsing.

How does BitTorrent token work?

BTT, the native cryptocurrency of BitTorrent, fulfils several functions. By buying and spending BTT, users gain access to the features on the network, including premium services like BitTorrent Speed. This feature allows users download at extra quick speed.

It is the only form of payment that can be spent by users when they enter into agreements with providers.

The goal of BTT cryptocurrency is to become the core feature for its ecosystem.

The total supply of BTT is 990 billion and there is a current circulating supply of 659 billion.

The current market cap of BTT cryptocurrency stands at $2.328bn as of mid-November 2021. According to market cap, BTT is ranked 76 by CoinGecko.

During a public token sale, 6% of these coins were made available, while 9% were sold during a seed sale and a further 2% in a private token sale.

BitTorrent Foundation alongside BitTorrent team were given 19% of supply, while TRON foundation holds 20%. A little less than 20% go to the BTT ecosystem.

Slightly over 20% of BitTorrent coins have been withdrawn to be deployed for airdrops due to occur at various times in 2025.

The total supply of BTT is 990 billion and there is a current circulating supply of 659 billion.

BitTorrent is available on a range of large crypto exchanges. While we don’t have it on currency.com yet, we will let you know when we do. Just remember that cryptocurrencies are highly volatile and prices can go down as well as up. Always remember to do your own research and never invest more money than you can afford to lose. 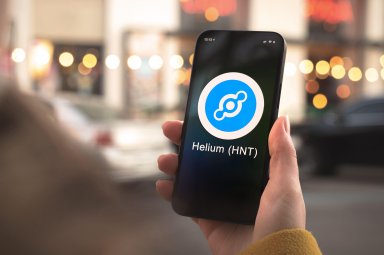