Learn to trade The basics What is Civic (CVC)? Your ultimate guide

What is Civic (CVC)? Your ultimate guide

Civic aims to remove the tedious admin needed for verification checks. Will it succeed?

Repeatedly filling out documents to verify our identities, from airport check-ins to bank account forms, is a mundane process that we have grown to accept as the norm. Civic’s goal is to change this with its blockchain-based solution. Users only have to input their information once on the Civic app, which can then be used by many different organisations to verify the user's identity.

Civic doesn’t just save time for the individual: there are also many incentives for businesses to use it. The blockchain solution gets rid of the high fees and long wait times that accompany traditional verification checks, while Civic’s high transaction speeds and pay-per-user model are also compelling factors for businesses.

Currently, Civic is mainly being integrated in the cryptocurrency industry. Can Civic reach out into major markets and simplify our lives?

What is Civic (CVC)?

Civic is designed for businesses to avoid the time-consuming procedure of know-your-customer (KYC) checks, the process of validating an identity in order to tick compliance boxes. Instead of customers having to go through numerous checks every time they want to sign up for a service, businesses can use Civic to increase onboarding speeds without jeopardising security.

This is achieved using blockchain technology, by authorising an identity in real time and sharing the information with businesses. Using Civic’s Secure Identity app, users upload their personal identity information, including name, address, passport number and other data.

The prospect of having all of this information stored in one place can seem daunting, but Civic does not keep the data on the blockchain directly. It stores proof of the information in the form of a reference. This ensures the user is in control of the sensitive information while giving sufficient proof to the businesses that need it.

The mobile app allows users to manage their information and choose which data they want to share. For example, if you are buying a drink and need to prove you are over the age of 21, Civic can verify this without showing the exact date of birth. This decentralised platform is putting sensitive information back in the hands of the consumer.

Civic’s aim is to be an efficient platform that will help businesses see more users sign up due to the streamlined onboarding process. Businesses can integrate Civic by using its open software development kit. A unique QR code is given to each business. When scanned, it takes the user to the Secure Identity app and starts the verification process.

How does Civic work?

Service providers usually have to pay millions of dollars to use identity verification services, to comply with (often obligatory) know-your-customer requirements. With Civic, instead of paying for the service as a whole, organisations pay for each set of data individually, which saves significant time and money.

The Civic network achieves this by having three different entities: users, validators and service providers. Each entity plays a different but important role when verifying an identity.

Service providers, businesses that require the verification information, can buy the data using CVC, Civic’s utility coin, or token. Both the user and the validator gain a portion of the CVC.

Civic gave an idea of how the system works in a YouTube video with a fictional character called Janice. Preparing for a trip can be a tedious process as it involves giving multiple documents to various people. Instead of having to verify the same document, such as a passport, with different organisations, Janice uses Civic to make her life easier.

The travel booking business that Janice uses is a Civic service provider. It supplies her a QR code to send the personal information, which Janice completes using Civic’s app. Janice can now use that same device to verify her identity at the airport, the security check and the hotel.

In this case, Civic says, each service provider is also a validator. This means that every time an organisation requests Janice’s identity, it independently validates the information on the blockchain as well.

What is civic coin used for?

The civic cryptocurrency is a utility token designed to be used in the verification process. Service providers pay for the verification of each identity using civic coin, and the rewards are split between the validator and the user. Users can also earn tokens by completing other tasks on the app, such as introducing new users.

CVC coin is an ERC-20 token, meaning it is backed by the Ethereum blockchain. Its initial coin offering (ICO) finished on 20 June 2017, raising its target of $33m. There is a maximum supply of one billion CVC, which has already been minted. Not quite one-third – 33% – of the tokens were sold in the ICO, another 33% are owned by Civic, a further 33% are allocated for rewards, and the remaining 1% was used to cover the costs of the ICO.

The civic cryptocurrency fell over the following years, reaching a low of $0.01 on 13 March 2020. CVC’s luck has changed this year and it has managed to rally above its launch price. At the time of writing, it is hovering around the $0.33 mark.

Civic was originally built on the Ethereum blockchain, but in March this year it decided to move to Solana. It listed Ethereum’s high transaction fees as the main cause of the move, saying that they make investments in the ecosystem “unattractive and unsustainable”.

Civic is using Solana to combat this problem as Solana has transaction fees that start as low as $0.00001. Because Civic was designed to be used a lot of times, it needs high transaction speeds, which Solana offers as well. It can handle 50,000 transactions a second.

Vinny Lingham, co-founder and chief executive of Civic, said: “Early blockchains have been good testing grounds, but with high fees and slow transactions, many consumers and applications are simply priced out of the ecosystem.

“Now, with Solana, we’re making identity foundational to the blockchain and broader ecosystem that’s ready for the future and built to scale for mainstream consumption,” Lingham continued.

CoinReviews says that Civic offers “an enticing security product” and has many real-world uses. It especially highlights Civic as a reliable and decentralised method to verify a driving licence or passport.

However, it warns that realising these plans will be difficult as it does not have the partnerships in place. Civic plans on involving governments, financial institutions, and a variety of merchants to use its system. Yet Civic’s only real partners currently are in the cryptocurrency industry.

CoinReviews concludes: “It may be a while before they have the integration partners and customer to fully realise their vision, but there is a lot of potential here.”

CoinSwitch offers a similar Civic review, saying that many applications are providing blockchain identity management and the platform may “face stiff competition soon”. The potential is there but if Civic is to succeed, it will need to establish major partnerships and enter the mainstream market.

At the time of writing, there are 670 million civic coins in circulation. There is a maximum supply of 1bn CVC, which has already been minted. These tokens are split between the ICO, rewards on the network, and the company.

Civic was co-founded by Vinny Lingham and Jonathan Smith. Lingham, an entrepreneur who has co-founded several businesses, is the chief executive of Civic. Smith is the network’s chief technology officer, and has previously worked for prominent firms including Deloitte MCS Limited and HSH Nordbank.

Civic coin is an ERC-20 token, meaning it is backed by the Ethereum blockchain. CoinMarketCap says that Ethereum is “one of the most decentralised and secure proof-of-work (POW) networks in current usage”.

The future of blockchain: How our everyday lives could change

What is Swipe (SXP): Where to next for former crypto card issuer?
The material provided on this website is for information purposes only and should not be regarded as investment research or investment advice. Any opinion that may be provided on this page is a subjective point of view of the author and does not constitute a recommendation by Currency Com Bel LLC or its partners. We do not make any endorsements or warranty on the accuracy or completeness of the information that is provided on this page. By relying on the information on this page, you acknowledge that you are acting knowingly and independently and that you accept all the risks involved.
$50
WELCOME BONUS
Sign up 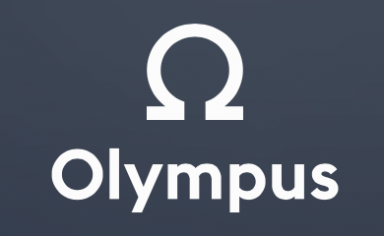 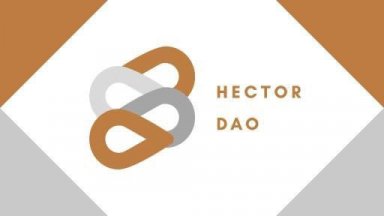