Learn to trade The basics What is Litecoin (LTC): Rise of bitcoin’s faster offspring

What is Litecoin (LTC): Rise of bitcoin’s faster offspring

Since the launch of bitcoin in 2009, the cryptocurrency has shocked us with its volatility and opened our eyes to the exciting concept of blockchain technology.

The decentralised digital currency showed us a world that didn’t need banks; instead people could send payments to each other across the world quickly and safely. What’s more, without exchange rates and bank charges to worry about, payments would cost next to nothing to send too. However, as competition creeps up on bitcoin, where does that leave other major altcoins?

Bitcoin works as a global electronic ledger system, where individual transactions must be cryptographically signed off and then verified before being added to the blockchain. However, this process can be slow, with transaction speeds to create a new block taking on anything from 10 minutes to an hour, dependent on network traffic.

Many developers believed they could improve upon Bitcoin’s efficiency for everyday transactions, including American computer scientist Charlie Lee. 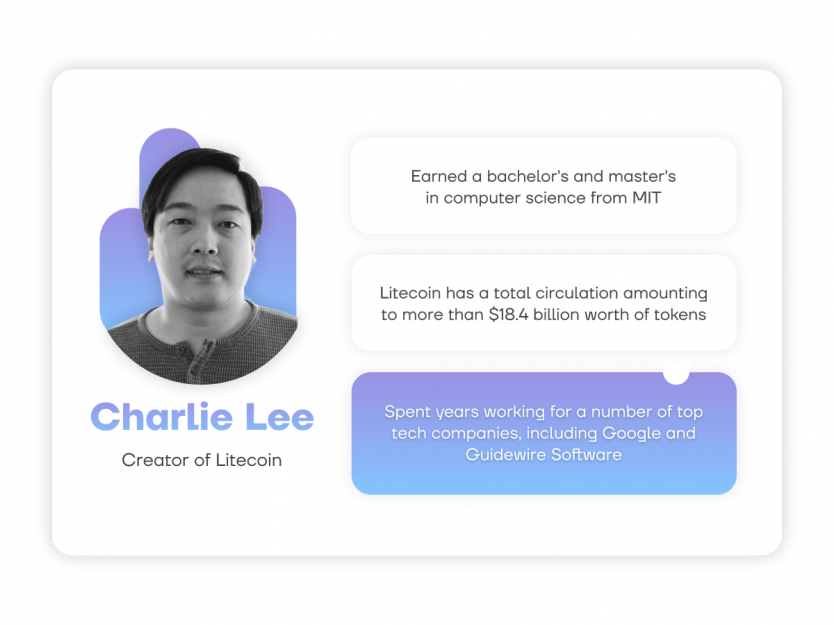 What is Litecoin cryptocurrency?

So, how does Litecoin work? The main reason bitcoin is slow to mine is due to the memory-intensive SHA-256 algorithm it uses that requires a greater degree of parallel processing. Charlie Lee, previously employed by Google, realised that using an alternative algorithm known as the “scrypt” proof of work, could make mining four times faster and thus require much less electricity.

A hard fork was made in the Bitcoin blockchain and a new digital currency known as litecoin (LTC) was created. The network went live on 13 October 2011.

Unlike bitcoin, litecoin cryptocurrency splits every transaction into two segments, removing the signature from the original data. This makes transaction processing much faster: the increased rate at which transactions are verified on the block reduces the time for confirmation of payment from 10 minutes to just 2.5 minutes. Faster processing time can also help prevent hackers from “double-spending”, making the Litecoin system more secure.

What is Litecoin mining?

In the same way bitcoin is mined, so too is litecoin. However, while in the early days anyone could use their home computer to mine bitcoin, things are different today.

Mining is of course only worthwhile if you make more money from the coins you earn than you pay in hardware and electricity costs, so some careful consideration is required.

What’s more, while there will only ever be 21 million bitcoin in circulation, litecoin will have four times as many – 84 million LTC coins.

What is Litecoin (LTC) mining reward?

The first litecoin miner to verify a block was rewarded with 50 litecoin. However, it was agreed that this number would halve with every 840,000 blocks until all of the coins are mined.

There are currently just more than 70 million Litecoin (LTC) in circulation, according to CoinMarketCap. It takes roughly 6.5 days to mine one LTC coin, and the next halving is predicted to take place on 6 August 2023.

What is Litecoin coin used for?

Litecoin can be used as an online payment system in exactly the same way as bitcoin. Buyers can purchase litecoins directly from an exchange and increasing numbers of retailers, restaurants and service providers now accept direct payment in litecoin.

While many complain that crypto coin transactions are anonymous and could potentially fuel criminal activity, this is actually becoming far from the case. More countries are introducing “know-your-customer” and anti-money laundering regulations, requiring users to verify their identity and address to ensure services are not misused. 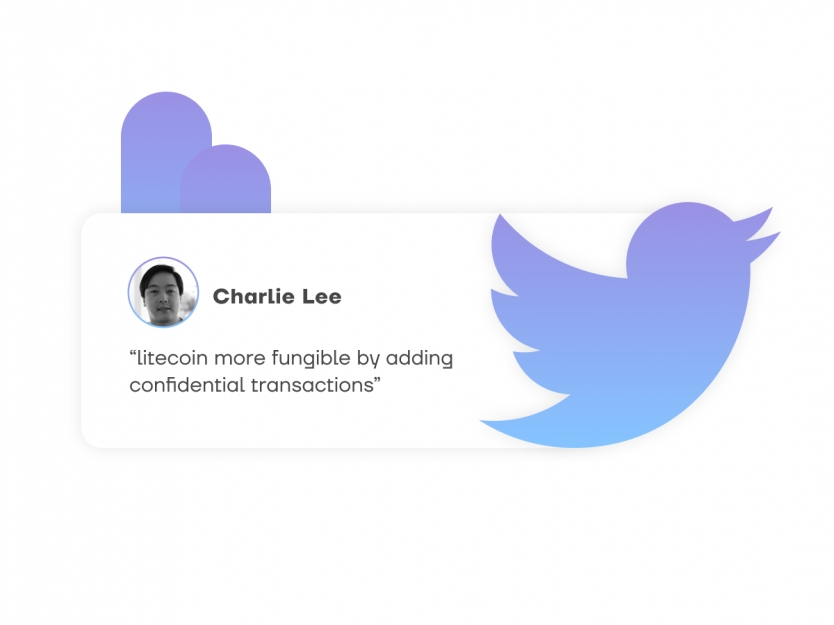 Finally, after three years of development, testing and reviewing, the Litecoin Foundation announced at the end of January it had released the Mimblewimble Extension Block (MWEB) upgrade, offering optional confidentiality to users.

At the time, lead developer David Burkett said: “MWEB is a crucial next step in Litecoin’s evolution. The optional confidentiality MWEB provides gives the user notable and needed protections for small everyday items, to salaries, or even buying a home.”

Like all cryptocurrencies, the Litecoin stock value is determined by the demand on currency trading sites and it has certainly seen some huge swings over the years.

June 2019 saw the price rally to a slightly less impressive high, proportionally speaking, of $146.43. This may have occurred as the cryptocurrency prepared to halve on 5 August to 12.5 LTC per block. But prices subsequently declined, to around $60 in November 2019.

In 2020, the coin opened the year trading at around $40, but towards the end of 2020 the coin began a more substantial revival, reaching around $130 by the end of the year. The beginning of 2021 saw an extreme price hike, on a consistent uptrend all the way into April. 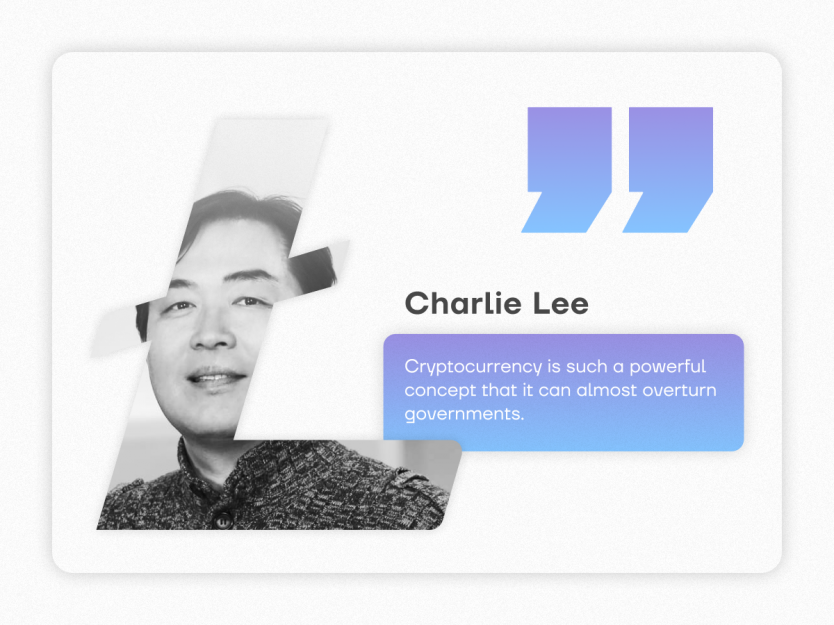 Is Litecoin a good investment?

While Bitcoin dominates the cryptocurrencies with a market cap of $865bn as of 31 March 2022, Litecoin stands at around $8.65bn, the 21st largest cryptocurrency by that metric. While it saw huge market growth in 2021, prices have fallen since. But will Litecoin go up again?

It’s clear that digital currencies are going to be hugely important in the future. What’s more, some believe Litecoin’s technology, with its simpler algorithm and faster transaction speeds, could make it a better currency for spending.

Indeed, May 2017 saw a change made to the blockchain that made it capable of processing “lightning-fast payments”, demonstrated by money being sent from Zurich to San Francisco in under a second. Payments can be sent as easily and quickly as sending an email.

Cryptocurrencies are always going to provide the volatility that you either love or hate. If you have the stomach for it, devoting a small part of a well-diversified portfolio could provide just the right level of exposure to all that excitement.

Litecoin (LTC) is one of the first alternative cryptocurrencies (altcoins), and was created in October 2011 by Charlie Lee. He was a former Google engineer and created Litecoin as an adaptation of Bitcoin's open-source code, with several modifications.

How many litecoins are there?

How to trade Litecoin: the ultimate guide

Litecoin vs Bitcoin: The debate continues
The material provided on this website is for information purposes only and should not be regarded as investment research or investment advice. Any opinion that may be provided on this page is a subjective point of view of the author and does not constitute a recommendation by Currency Com Bel LLC or its partners. We do not make any endorsements or warranty on the accuracy or completeness of the information that is provided on this page. By relying on the information on this page, you acknowledge that you are acting knowingly and independently and that you accept all the risks involved.
Cryptocurrency Blockchain
АWin-Win
referral programme
Learn more

What is Zilliqa (ZIL)? Your ultimate guide 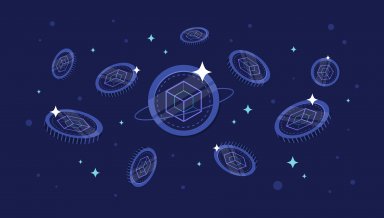