Learn to trade The basics LATAM bound: What is MXNT’s chance of succeeding in Mexico?

LATAM bound: What is MXNT’s chance of succeeding in Mexico?

Conditions could be right for Tether’s first foray into Latin America, despite stablecoin uncertainty

MXNT, announced in May 2022,  is the latest digital asset from the market-leading stablecoin enterprise Tether. It is pegged to the Mexican peso, and joins the US dollar-pegged USDT, the euro-pegged EURT and the Chinese yuan-pegged CNHT, all collateralised stablecoin projects launched by the Caymans-registered company.

MXNT is the first foray into Latin America for Tether. In a press release, Tether’s chief technology officer, Paolo Ardoino, said: “We have seen a rise in cryptocurrency usage in Latin America over the last year that has made it apparent that we need to expand our offerings.”

The stablecoin’s launch comes at a difficult time for the market. After Terra UST’s collapse, other stablecoins, including Neutrino USD and Tribe, lost their $1 peg and have struggled to recover since.

Tether’s US dollar-backed USDT has not fared well, either. Although it has remained pegged to the US dollar, institutional investors have been cashing out in vast quantities. Since Terra’s crash, $10bn has been shed from Tether’s market capitalisation. The MXNT cryptocurrency comes in the midst of these various crises. While the timing might not be ideal, it could prove a stress test for Tether as an enterprise.

The MXNT cryptocurrency will be compatible with the Ethereum, Tron and Polygon blockchains.

The launch of the MXNT coin coincides with a period of strong growth for cryptocurrency markets across Latin America. In 2021, El Salvador became the first nation to adopt bitcoin as legal tender. The central American country’s president, Nayib Bukele, announced a $20.5m bitcoin spending spree in September. Lofty plans to harness volcanic power to mine bitcoins have also been discussed.

The Panamanian Legislative Assembly followed suit, signing the Crypto Law in April 2022. While the bill does not make bitcoin legal tender, it will significantly increase the utility of bitcoin in the country, allowing holders to pay tax and good and services with the cryptocurrency.

Back to Mexico, in February 2022, Coinbase announced a remittance programme in partnership with Remitly, an international payments platform for immigrants around the world. Coinbase’s remittance programme allows US customers to send cryptocurrency to residents in Mexico using just their email address. Recipients can convert their crypto to cash at more than 20,000 physical locations.

Research conducted by Chainalysis put Argentina, Venezuela and Brazil among the top 20 countries by crypto adoption rates globally, with Venezuela coming in at number seven. The driving factors for greater-than-average adoption rates in Latin America include economic and political instability and large-scale remittances from the US.

As well as these bullish crypto trends across LATAM, MXNT has a good chance of seeing strong adoption rates for another reason: according to World Bank data, 63% of Mexico’s population of 126 million is unbanked, significantly below the LATAM average of 45%. The country’s preference for cash stems from a lack of trust in the central banking system.

Despite Mexico’s aversion to traditional financial structures, its leads the LATAM pack when it comes to the fintech sector, accounting for nearly 20% of all venture capital investments across the region. Internet and mobile penetration has also rapidly increased, “shaping a tech savvy population that has become accustomed to managing money through devices,” according to TechCrunch.

A tech-savvy population with a cynical attitude to the centralised banking system could prove fertile ground for a stablecoin sufficiently supported by the world’s largest stablecoin enterprise.

Favourable conditions aside, the entire stablecoin market remains shaken by the recent events surrounding Terra USD. Market-leading product or not, Tether is not exempt from this volatility. It should be noted, however, that USDT managed to remain strong in the face of nine-digit losses in capitalisation, though controversy still dogs the company in relation to its reserves.

A large proportion of Tether’s reserves remain backed by unsecured debt as opposed to actual fiat, although this figure has reduced substantially to 28.47% from 52.51% in February 2022.

The real stress test will be whether Tether manages to remain afloat in the face of further mass redemptions.

What is Tether (USDT): Leading the pack, despite increased competition
The material provided on this website is for information purposes only and should not be regarded as investment research or investment advice. Any opinion that may be provided on this page is a subjective point of view of the author and does not constitute a recommendation by Currency Com Bel LLC or its partners. We do not make any endorsements or warranty on the accuracy or completeness of the information that is provided on this page. By relying on the information on this page, you acknowledge that you are acting knowingly and independently and that you accept all the risks involved.
Cryptocurrency Terra Stablecoins
АWin-Win
referral programme
Learn more 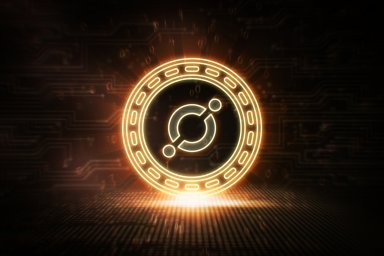 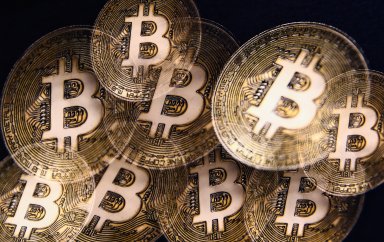 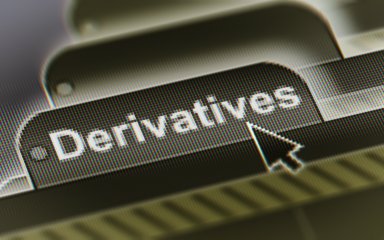