What is REN? It is the crypto that aims to help people transfer their assets across blockchains

Both the REN coin and the Ren network are generating a lot of attention. Between them, the two promise to allow people to make use of different cryptocurrencies across different blockchains. If you want to know what REN coin is, this article will help you to understand it.

The Ren network was founded in 2017 by software developer and researcher Loong Wang, based in Canberra, Australia, and software developer Taiyang Zhang, from Singapore. The operation was originally known as Republic Protocol, but it rebranded itself in 2019, changing its name to Ren, with Zhang as CEO and Wang as chief technology officer (CTO).

The idea behind the protocol was simple. The two biggest stars in the cryptocurrency universe are bitcoin and decentralised finance (DeFi). The problem some people were finding was that it was sometimes hard for the two to cross over.

For instance, if someone wanted to use bitcoin for yield farming (the practice of staking or lending crypto assets in order to generate high returns or rewards in the form of additional cryptocurrency in a DeFi network, this was not always easy. So, the new protocol was designed to help solve that problem. The idea was to allow people to transfer their digital assets across different blockchains. For example, if someone held bitcoin and wanted to do something with it involving a protocol on the Ethereum blockchain, Ren would enable  them to do that.

What the Ren network allows people to do is to exchange their coins on one blockchain to the equivalent on another one. The protocol takes the original coin and then creates a new coin with a 1:1 exchange ratio, meaning that it it will be backed by the same amount of the first crypto as you have put in. This in turn – at least in theory – allows someone potentially to use their bitcoin to lend on an Ethereum-based lending protocol such as Compound.

This means there is more flexibility, which again, in theory, is a positive for both systems. If people who can do more things with bitcoin, they are more likely to buy it, and having more work for the Ethereum blockchain and its associated protocols means that more users  will have more potential to sell their native crypto tokens.

Ren uses something called a Virtual Machine (VM). That is why you might see references to the RenVM elsewhere. In effect, "RenVM" is often used interchangeably with the Ren network or the Ren protocol.

A VM is an online emulation of a physical computer. It can carry out computing tasks without revealing certain information, such as which transactions are being carried out. This gives it a kind of privacy, which can be helpful.

The Ren VM uses an encrypting programme called zk-SNARK (this stands for “Zero-Knowledge Succinct Non-Interactive Argument of Knowledge,” which refers to a proof construction where one can prove possession of certain information, for example, a secret key, without revealing that information or any interaction between the prover and verifier). The RenVM also uses the Shamir Secret Sharing Scheme, which fragmentises the information.

In theory, these two systems should allow anyone to carry out a transaction on the protocol without their personal information, or information about their transaction, being revealed.

So that is the Ren network explained. But what about REN coin? What is the REN coin, and how does REN work?

The REN coin is the native cryptocurrency token of the Ren VM network. What makes both REN coin and the Ren protocol a little bit different from other systems and their native cryptocurrencies is that you do not need to hold the REN crypto token (coin) to use the Ren network. Instead, you can use the network to transfer other cryptos across blockchains, and pay any fees using the particular currency of the blockchain.

In terms of who operates the RenVM, this is done by a group of computers called DarkNodes. The DarkNodes help the system by adding capacity, bandwidth and computational power to the network.

Anyone can operate one of these DarkNodes, but it requires paying a deposit of 100,000 REN, which is locked up in a smart contract. A smart contract is a computer program that automatically executes commands once certain conditions are met. The reason a deposit of 100,000 REN is required is because the system is permissionless, so the deposit dissuades people from using the VM for nefarious purposes.

In addition, considering the amount of actual effort and virtual money that goes into running a DarkNode, it is only fair that the people who run them get paid. The payment they receive is in the form of the REN coin. As we have already said, the REN coin is the native crypto token of the Ren network.

Every time someone takes an asset and moves it from one blockchain to another, the DarkNodes get a small reward, paid in REN. That said, you still need to have 100,000 REN if you want to operate a DarkNode.

So that's REN explained, but how did it come to be?

As explained, both the Ren system and the REN coin’s co-founders are Loong Wang and Taiyang Zhang. Zhang had been one of the founders of the software start-up Neucode, and had helped found the crypto hedge fund Virgil Capital before he teamed with Wang to create the Ren network.

In a private REN token sale that took place in 2018, the Ren network founders managed to make about $29m. They followed this up with a public sale that raised around $5m and generated $34m of funding, which involved selling around 65% of the total supply of REN coin.

Because there is only a fixed supply of one billion REN, it is a comparatively scarce resource. With each of the Ren system’s DarkNodes having 100,000 REN tied up in it, the price could theoretically go up over time as either more people will want to get involved in the network or to just trade in their tokens.

At present, most of the total supply of REN coin has been released, with 999,999,633 REN either in circulation or tied up in smart contracts.

REN coin is used to deposit against becoming a DarkNode on the REN network. It is also used to pay people who act as DarkNode operators.

It might do. However, there have been plenty of cryptocurrencies that have gone bust over the years.

If you are thinking of investing in REN, you need to do your own research, and remember that prices can go down as well as up. Therefore, you should never invest more money than you can afford to lose.

If you are interested in buying REN, why not invest on currency.com? Just remember to do your research first. Remember that cryptocurrencies can be very volatile, and go down as well as up, so it is best not to invest more than you can afford to lose. 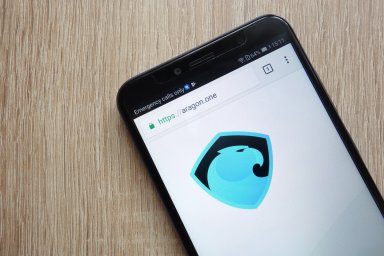 What is Aragon (ANT)? Your ultimate guide 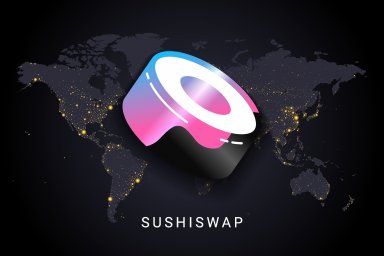 What is sushi coin: your ultimate guide