Learn to trade The basics What is XRP? Your simple guide to Ripple’s cryptocurrency

Find out more about the world’s third-biggest cryptocurrency, including its price history and predictions for the future.

Bitcoin (BTC) is the world’s largest cryptocurrency, with ether (ETH) in second place. But here’s a question: can you name any of the other 5,100 coins out there, or explain what they do?

This article is about Ripple (XRP) – the third-biggest digital currency in terms of market capitalisation. If you’re wondering what XRP is, and where it fits into the increasingly fragmented crypto landscape, you’ve come to the right place.

Ripple is a real-time, cryptocurrency gross-settlement system, currency exchange and remittance network created by Ripple Labs Inc, a US-based technology company. The company then created the XRP coin, which it describes it as a “digital asset built for global payments”. To make a long story short, it’s fair to say Ripple has its sights set on the international currency transfer market.

At present, it can often be really expensive to send money around the world, with banks charging astronomical fees. To add insult to injury, banks’ outdated systems can also mean payments can take several days to reach the recipient’s bank account.

The XRP coin is designed to tackle this by allowing large sums of money to be sent securely and quickly at very little cost. This doesn’t just have the potential to help everyday consumers – financial institutions themselves are also keen to get in on the action.

As a result, it’s telling that Ripple has already attracted an impressive list of banks and payment providers who use its network, including American Express, Bank of America, HSBC, Barclays, Royal Bank of Scotland, Santander, UniCredit and Japan’s SBI Holdings.

According to the team behind the Ripple cryptocurrency, XRP also offers compelling advantages over other established digital currencies. Whereas it can take more than an hour for BTC transactions to clear, and about two minutes for an ETH payment to be successfully completed, Ripple claims its XRP payments are cleared in just under four seconds.

This is a breath of fresh air for crypto advocates concerned about scalability issues, particularly that blockchain networks will be unable to cope with a considerable rise in demand.

How does Ripple work?

Before we explain this, it‘s first worth drawing a distinction between Ripple and XRP.

Ripple is the technology company offering the infrastructure to facilitate these faster payments. The company describes the XRP coin it produces as an “independent digital asset”. It insists the coin is used within its suite of products, but it doesn’t have control over the technology.

There is a maximum supply of 100 billion XRP tokens and the company controls about 60% of them.

Rather confusingly, Ripple isn’t involved in physically sending money from one place to another. Instead, it allows for the transfer of the promise of payment. I feel an example or two coming on, don’t you?

A system of trust

Let’s imagine that Katie lives in London and her friend David lives in France. She owes him money for a holiday they’re taking. Both of them want to avoid punishing exchange rates and delays. Enter Ripple to offer a solution.

As a payment platform, Ripple can be compared to the ancient hawala system of money transfer, which supposedly originated in South Asia in the 8th century AD, and was soon taken up by much of the Arab world.

According to Investopedia, the hawala system is “an informal method of transferring money without any physical money actually moving. It is described as a ‘money transfer without money movement’. Another definition is simply ‘trust’.”

Here’s effectively how this works: Katie goes to a London agent with $2,000 in cash and hands that over. In return, the agent gives her a special code. Next, the London agent rings his counterpart in Paris, and tells him how much money he has received. While all of this is taking place, Katie rings David to tell him the special code that she was given. David can then go to the Paris agent, reveal the code, and get the cash.

It’s weird to think that a trusted system from mediaeval times could have its place in the crypto world today, but that’s essentially what Ripple and XRP deliver. The only difference is that its validators and gateways take the place of agents – which is a lot harder to explain in any kind of straightforward example.

As a coin, XRP serves as a neutral asset that can represent anything. Katie can convert her pounds into XRP, and David can take that XRP and convert it into euros. But an even better example of XRP’s utility lies in currencies that aren’t commonly traded against each other.

If you wanted to make a conversion, say, from the Ugandan shilling to the Icelandic krona, you’d often have to change the shillings into dollars, and then the dollars into krona. Every step in this process attracts high levels of commission, gradually eroding the value of the funds being sent. The Ripple currency’s stated aim is to tackle this.

So… who created Ripple? Well, it was initiated by a man called Jeb McCaleb, who first came up with the idea. He then enlisted developers David Schwartz and Arthur Britto to help bring it to life, and they began creating the XRP Ledger (XRPL). Their idea was to create a digital asset that was more sustainable than bitcoin and specifically set up to process payments.

According to Ripple’s own version of its history, the XRPL first launched in June 2012. Shortly thereafter, they were joined by Chris Larsen, and the group started the company NewCoin in September 2012, which was quickly renamed OpenCoin and then renamed Ripple. The XRPL founders gifted 80 billion XRP, the platform’s native currency, to the company. Ripple has since put the majority in escrow.

At the time of Ripple’s launch, BTC coins were trading at about $12 or $13. Given the fact there are so many XRP coins out there (100 billion, compared to BTC’s maximum supply of 21 million) it is understandable that this cryptocurrency’s valuation normally comes in cents rather than dollars. Like other digital assets, XRP hit an all-time high in early 2018 – reaching $3.84 on January 4 of that year.

Ever since then, the value of the XRP crypto has continued to cool. At time of writing, it was fluctuating above and below $1.00. However, part of this slump might be due to Ripple’s own actions.

This is because Ripple owns more than half of the supply of XRP, and most of it is in escrow, as mentioned above. Every now and again, the company releases some of these tokens, a move that can suppress its value and has angered some investors.

Legal battle with the SEC

Aside from that, what affects the Ripple price? Well, the good news is that banks are continuing to adopt the technology that underpins Ripple. Listings on big exchanges also help and, as with other cryptocurrencies, it has enjoyed a healthy boost whenever it has been made available to a broader cross-section of consumers.

A cloud on the horizon that could send the price of XRP downwards is the rumbling of a rather unpleasant lawsuit. The US Securities and Exchange Commission (SEC) has accused the company, its co-founder Chris Larsen and its CEO, Brad Garlinghouse, of violating US laws by selling XRP as an unregistered security.

To compound the problem, allegations have been swirling around concerning misleading advertising, which said that exchanges were paid to list XRP early on.

The SEC has successfully taken legal action against or conducted probes into crypto projects such as BitConnect and Binance Holdings, often resulting in punishing financial or regulatory penalties. This has often been followed by dramatic declines in a token’s valuation. However, in this case, Ripple’s legal team have argued, the SEC itself is at fault for publishing confusing guidance on cryptos.

Although Ripple has been unable to get the lawsuit dismissed so far, and it could result in massive headaches for the company if it continues to advance further, the company does have some strong suits in its Ripple vs. SEC case.

In fact, this (what looks to be long-running) lawsuit is now being viewed by some as the crypto “trial of the century” – or certainly as a very pertinent test case for the future of cryptocurrencies, or perhaps for the SEC’s authority or ability to regulate them.

The SWIFT of the future?

But where will Ripple be in five years? How high can Ripple go? And how will the above scenario with the SEC affect its price? It’s difficult to know the answers to these questions.

Usually, the fate of a major coin such as XRP is tied to how the crypto industry is performing as a whole. Ripple’s CEO, Garlinghouse, maintains that the company is continuing to attract new clients, and says he is on a quest to rub shoulders with senior banking executives and show them “crypto isn’t a bad word”.

All eyes are on Ripple as it battles the SEC in court. If it beats the lawsuit, the world could be Ripple’s oyster.

Former Goldman Sachs analyst Andrew Lokenauth is so bullish on XRP’s future that he suggests it could be the heir apparent to SWIFT, currently the global interbank transfer standard.

Said Lokenauth: “Ripple will redefine online payments, and I believe Ripple will likely go public once the SEC lawsuit is resolved. The main advantages of using the Ripple protocoal are speed and reduced risk. XRP is a replacement for SWIFT, which is expensive and slow.”

How to trade Ripple

Let’s wrap up our guide on the Ripple cryptocurrency with a look at where and how to trade XRP, and where to store it.

XRP is actually available on most major exchanges and can be stored in a wallet – however, who accepts Ripple as payment?

Being honest, there aren’t that many places out there that accept this coin for everyday purchases – primarily because that isn’t the main purpose of this cryptocurrency. Whereas BTC and ETH are trying to go toe-to-toe with the US dollar and other fiat currencies, the Ripple coin is focused on a different segment of the market altogether.

Ripple was the brainchild of Jeb McCaleb, who hired developers to make it real. The company began in 2012.

Few places accept Ripple for everyday payments, because it is not intended for retail use. It was designed to allow large sums of money to be sent quickly and securely.

The XRP is available for trading on most major exchanges.

How to create a cryptocurrency: can you really do it at home?

Ripple price predictions: How XRP could develop in future 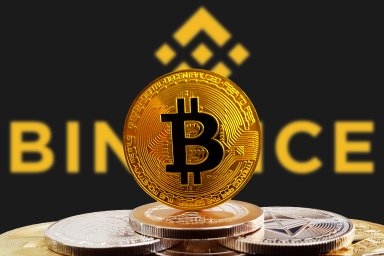 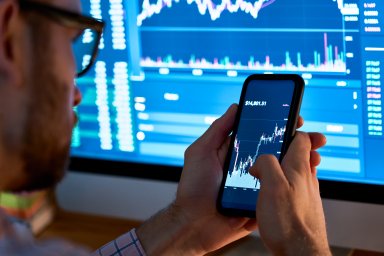