Learn to trade The basics What is SUSHI coin: Your ultimate guide

What is SUSHI coin: Your ultimate guide

If you don’t know what Sushi coin is, then this guide should help you

SushiSwap and its associated Sushi coin are two of the big talking points in the world of crypto. In less than a year, SushiSwap has become one of the biggest decentralised exchanges in the world – and has also generated a fair amount of controversy.

Before we get into the ins and outs of what Sushi coin is and does, let’s take a look at decentralised finance, or DeFi for short.

The idea behind decentralised finance is to create a modern, fairer alternative to financial services that can be accessed by anyone via the internet. The World Bank says there are 1.7 billion people who do not have a bank account. As roughly two-thirds of them own a mobile phone, advocates of decentralised finance hope that by reaching these people, DeFi will promote financial inclusion.

Sushi coin is linked to SushiSwap, which is a decentralised exchange, or DEX for short. This is like a regular currency exchange, except that it allows people to exchange crypto via a smart contract (a computer program that automatically executes sales and other agreements when the right conditions are met), using the Ethereum blockchain.

SushiSwap was set up in 2020 by an anonymous individual, or possibly a group of individuals, who went by the name of Chef Nomi. In order to fund the exchange, users tie up their assets into smart contracts to create liquidity pools. Traders then swap their tokens and coins in and out of the liquidity pool, meaning they can buy and sell on the DEX.

If a pool does not exist, users can create one and set their rates of exchange, although this can be corrected further down the line. If you trade against an asset that is locked in then you have to pay a fee, which is distributed across all contributors to the liquidity pool, based on how much the individual contributor has put in.

There are other rewards for people who help create the liquidity pools. They get protocol fees, as well as a share of the 100 Sushi coins that are minted every day. Users can, at least in theory, take out the money they have put in at any time, as well as claim the ‘harvest’, or Sushi, that they have earned.

Contributors who want to earn more Sushi than their share of the harvest pays them can download the SushiBar app, which allows them to stake the Sushi they hold to obtain the xSushi token, which is made up of Sushi bought on the open market combined with a proportion of the fees generated by the SushiSwap exchange.

That is the SushiSwap decentralised exchange. But what is Sushi coin, exactly? How is it used? 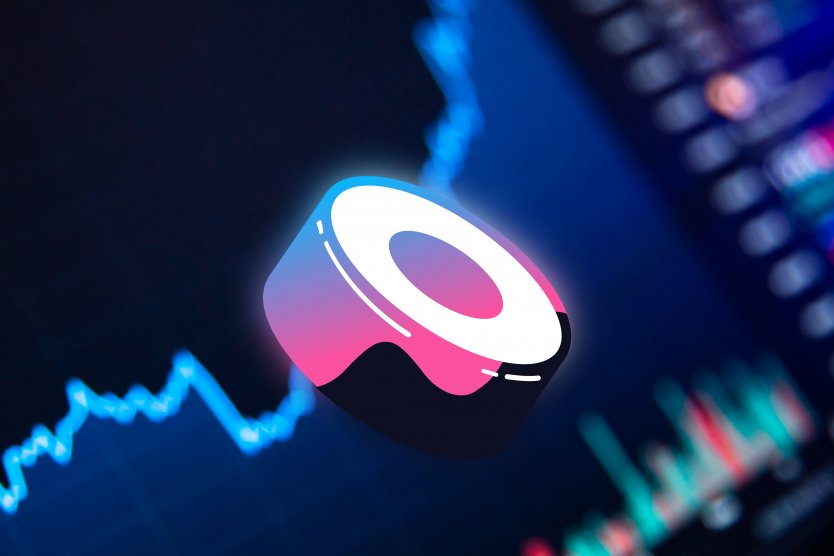 The Sushi cryptocurrency is the native token of the SushiSwap exchange. As we have seen, people can earn sushi by staking their various crypto assets in liquidity pools. If you are interested in buying Sushi, then you can get hold of it on many exchanges, both traditional and decentralised.

Having Sushi coin allows you to have your say on decisions related to the governance of SushiSwap itself. You can vote on proposals that are designed to help improve the way the exchange and its ecosystem work.

Anyone can make a proposal to be voted on, but there is one important caveat. While anyone who holds Sushi coin can vote, the votes are merely advisory, rather than binding. This means that people elected by coin holders have to approve the decisions made by the electorate.

What is your sentiment on SUSHI/USD?

Why not give SUSHI/USD a try?

The idea is for SushiSwap to move towards “decentralised autonomous organisation” (DAO) status, which means the votes would be binding, and changes could only be implemented via smart contracts and automated software.

One aspect of SushiSwap that may cause concern is that it does not seem to implement Know Your Customer (KYC) checks. While this may sound like good news at first glance (it means you can sign in and go), it could also sound alarm bells.

A lack of KYC protocol means that, theoretically, it can be easier for fraudsters and money launderers to make use of SushiSwap. There could also be other omissions within the SushiSwap organisation, if something as big as KYC is missing.

The origins of SushiSwap

The origins of SushiSwap go back to 2018, when Hayden Adams set up the Uniswap decentralised exchange. In 2020, things started to get interesting. Chef Nomi, whoever he, she or they is/are, decided it was time to start doing things a bit differently and created a fork. In other words, there was a new decentralised exchange based on Uniswap, and it was called SushiSwap.

When SushiSwap launched people were excited, but things did not go well for too long. A month after launch, in September 2020, Chef Nomi sold a large proportion of their Sushi coins, worth around $14m, which meant the price fell heavily. A week later, Chef Nomi returned the money they had taken out, apologised and asked for forgiveness.

In the meantime, the DEX had hired Sam Bankman-Fried, the founder of the decentralised exchange FTX, to take over. Interestingly, between Chef Nomi withdrawing their cash and Bankman-Fried taking control, the new boss had taken to Twitter to tell his followers: “Chef Nomi sucks”.

Since then, though, SushiSwap and Sushi coin have been very volatile. At the time of writing on 20 June, there have been 127,244,443 Sushi coins minted, out of a total potential supply of 250,000,000. The Sushi coin is currently trading at approximately $1.08.

SushiSwap itself is currently the 13th-largest DEX by volume and has a market share of 0.07%.

However, we do need to issue a word of warning. Anyone following the world of crypto will have realised that cryptocurrencies can go down as well as up, and the market is incredibly volatile.

Furthermore, there are some concerns about the DEX being set up by a pseudonymous entity. While the Chef Nomi issue appears to have been resolved, this could be something that might sound alarm bells for shrewd would-be investors.

Certainly, any Sushi coin review should pay attention to this detail. We should also remind you that putting your crypto in a liquidity pool could have bad consequences if the exchange goes under.

What is Sushi coin used for?

Sushi coin is used to allow holders to make decisions relating to the running of the SushiSwap decentralised exchange.

How to mine Sushi coin

While mining might not be the technical term, Sushi coin can be harvested. This can be done by filling liquidity pools on the SushiSwap exchange, which allows you to get a share of the 100 Sushi coin that are minted every day.

Where to buy Sushi coin

Sushi coin can be bought on a wide range of crypto exchanges, including Currency.com.

Always remember that cryptocurrencies are highly volatile, prices can go down as well as up, you should do your own research, and never invest more than you can afford to lose.

What is Bitgert (BRISE): A look at the ‘next big thing’

What is Web3? Your ultimate guide
The material provided on this website is for information purposes only and should not be regarded as investment research or investment advice. Any opinion that may be provided on this page is a subjective point of view of the author and does not constitute a recommendation by Currency Com or its partners. We do not make any endorsements or warranty on the accuracy or completeness of the information that is provided on this page. By relying on the information on this page, you acknowledge that you are acting knowingly and independently and that you accept all the risks involved.
Cryptocurrency Blockchain Crypto Exchanges
АWin-Win
referral programme
Learn more